Trump's budget would cut nearly half of EPA science research 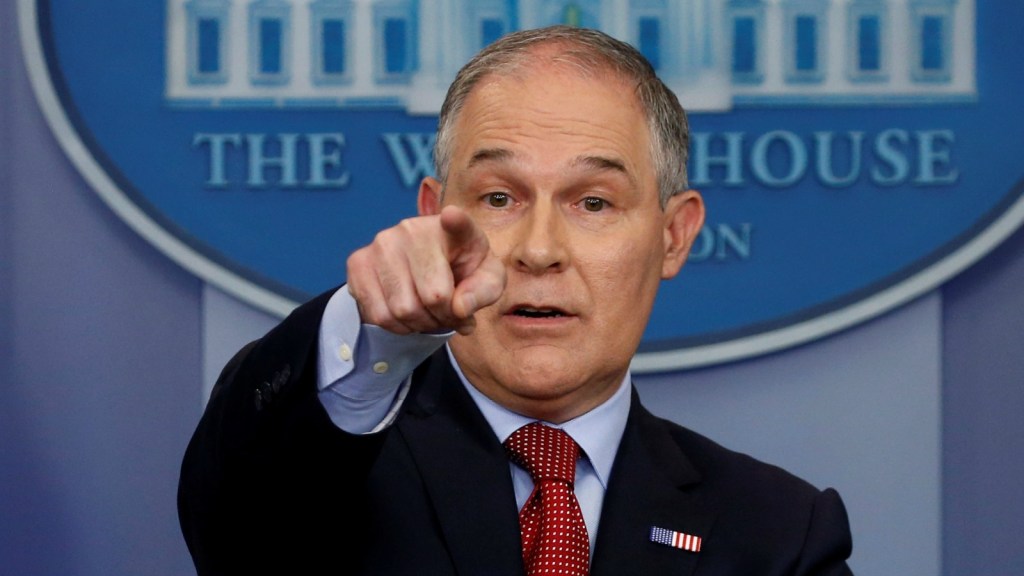 Trump’s budget would cut nearly half of EPA science research

The newly formed Environmental Protection Network is a coalition made up of retired employees from Republican and Democratic administrations, many of whom have had decades of experience running the day-to-day work at the agency. And on Monday, this group of lawyers, scientists, and policy wonks released an analysis of the White House budget ahead of congressional testimony that EPA Administrator Scott Pruitt is set to deliver on Thursday. The hearing will be the first time that Pruitt will have to defend the dramatic cuts the administration has proposed for the agency.

Science is supposed to be the basis for nearly everything the EPA does. For example, the Clean Air Act requires the agency to propose and enforce air, water, and climate regulations that adhere to the best available science. Under that law, the EPA found that climate change endangers human health and enacted the Obama administration’s signature regulations on carbon emissions — regulations that the Trump administration is working to undo.

So what if science initiatives are severely underfunded? For the EPA, carrying out even its basic functions will become much more difficult.

Trump’s budget slashes the EPA’s main science programs by 47 percent, according to the former staffers’ analysis. “This area would be the most severely cut, contrary to verbiage in the Budget document acknowledging the important role of science in carrying out EPA’s regulatory, permitting, and enforcement responsibilities,” says the report. “The damage is not only to EPA, but to scientists across the country.” The budget includes an additional 7.9 percent cut to the Science Advisory Board, which provides expert guidance on the science that underlies EPA rulemaking.

The report from the former EPA staffers also provides some figures that call into question one of Pruitt’s oft-stated talking points that the Trump administration’s changes will allow the agency to refocus on its core responsibilities — clean air and water — and return environmental responsibilities to the states. Pruitt likes to call this a “back-to-basics agenda.”

If Pruitt meant that he wanted to delegate more responsibility to the states, that should imply that the EPA’s grants to states, which account for a large portion of the EPA’s budget, would see an increase. Of course, that isn’t the case in Trump’s budget proposal. The administration is actually seeking a reduction to state grants for air and water programs by 30 percent. The total cuts look even more significant — more than half of total grant money to states — when accounting for programs such as lead, pesticides, hazardous waste, beach protection, drinking water, and brownfields, according to the former agency staffers.

On average, states use these federal funds for about a quarter of their environmental operating budgets. States wouldn’t necessarily be able to fill that large a void left by the EPA; there would just be less environmental oversight and enforcement overall.

The report notes that the budget would reduce the EPA’s funding, adjusted for inflation, to a level “not seen since virtually the inception of the EPA in 1970.” The EPA would have to lay off 3,800 staff, and those layoffs would disproportionately hurt younger, more recently hired staff spread across 10 regional offices around the country.