As the country watched floodwaters rise across the Carolinas in the wake of Hurricane Florence this month, Puerto Ricans were still reeling from a storm that tore through the island a year ago.

The grim statistics from Hurricane Maria are well known: thousands of deaths, the largest power outage in U.S. history, and $90 billion in damages — a heavy toll for an island already in dire financial straits. But we still don’t know the extent of the wreckage from Hurricane Florence’s record-shattering rainfall.

Increasingly, there’s little space to breathe between catastrophes. And as climate change brings higher sea-level rise, more punishing winds, and heavier rains, super-charged storms are likely to get worse. But these natural disasters are partly human-made, which means that humans can also work to avoid future disasters.

How do we prepare for a future filled with Florences and Marias? And when the next big hurricane does inevitably hit, how do we rebuild, not just our houses, but also our sense of community?

Grist surveyed experts in hurricane preparedness and relief efforts for their suggestions on making our coastal towns more resilient. Here’s how they responded, edited for length and clarity.

Waves, storm surge, wind, and rain coexist on dynamic natural coasts: We know how nature works. Adding in people with their homes, businesses, roads, and recreation always causes problems. The fixed structures and people are periodically overwhelmed by the hurricanes.

Adequate hurricane preparation consists of identifying zones of high risk and incentivizing people and businesses to move away from those zones. Insuring people so that they can stay in high-risk areas will ultimately fail because natural forces coupled with sea-level rise will win in the end. I recognize that major cities will not get up and move, but for other areas retreat is the preferred option.

Puerto Rico is a very important case where Hurricane Maria further exposed the vulnerability of not just individuals but whole governmental systems. Since hurricanes test both our physical infrastructure and the resilience of government, all Americans have a special stake in effectively addressing the issues Puerto Rico is facing. Houston and New Orleans have a lot to learn from San Juan and vice versa. 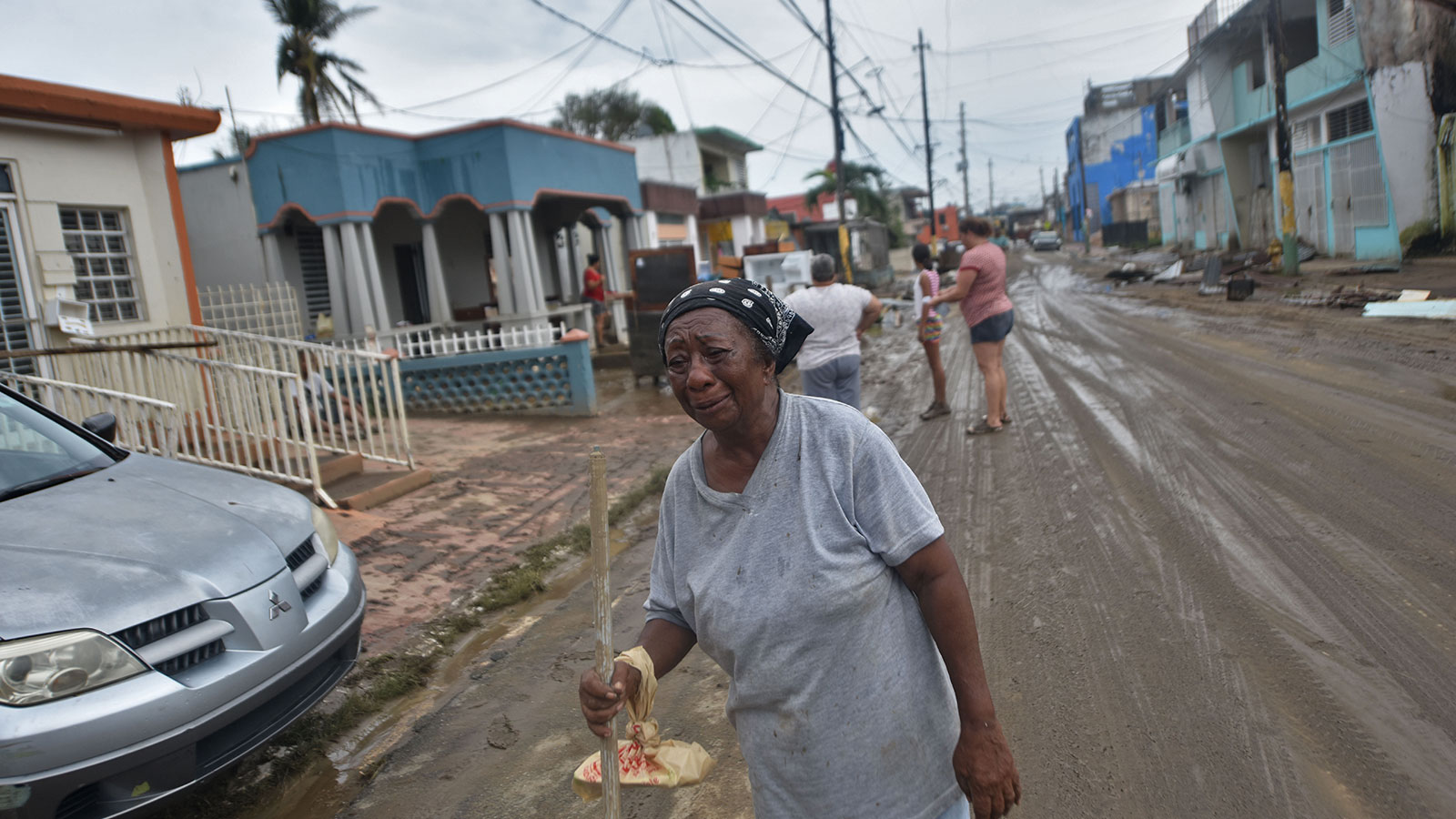 Maria Lopez cries while walking from her house that was flooded by Hurricane Maria. HECTOR RETAMAL / AFP / Getty Images

As the Puerto Rico case illustrates, we are woefully slow in making decisions related to individual claims because we have dispersed responsibility among many governmental agencies. After a flood, FEMA inspectors, National Flood Insurance Program adjusters, Small Business Administration loss verifiers, private flood insurance adjusters, and others may assess damage to the property. It’s both time-consuming and costly. The challenge for us all is to coordinate responses so that payouts can occur in a timely fashion. Aid delayed is aid denied.

“We need to have those communities at the table”

We work with a tremendous number of community groups, particularly in areas rich in natural resources, but that have a lot of economic challenges, persistent poverty, and social and environmental justice issues. When we are trying to prepare for hurricanes, we have to look at the socio-economic aspect.

The Centers for Disease Control has social vulnerability index maps and data. The mid-Atlantic down across to Texas has huge areas of persistent poverty that are also the most vulnerable to climate change. The challenge that we face is that, for many reasons, the most vulnerable folks are not part of conversations about how to address the impacts of a natural disaster. We need to have those communities at the table. And we need to increase the flow of funding, both public and private, to help them set priorities for rebuilding.

We also need to increase the capacity of local government, businesses, and families in those vulnerable areas. Historically, especially here in the South, low-income folks and people of color have been pushed to the low-lying areas, to the wetland areas, to the floodplains.

We have several communities in the southeastern part of North Carolina right now that are still underwater, totally cut off. They don’t have access to the most basic supplies, but community groups and faith groups are pulling together funding to go out and buy tarps so that houses can start to dry out when the water has receded.

In Puerto Rico, we provided a grant for a group called Americas for Conservation and the Arts to focus on engaging the community and restructuring their food systems, putting it back to where it was [before Hurricane Maria]. They are doing some amazing work because they have local community folks leading the process. They’re both organizing and engaging the community in coming up with a solution, leaning heavily on what has worked in the past, and working towards addressing the economic issues, the social justice issues, and the environmental issues simultaneously through that project.

Before a hurricane or a flood comes, we still have a very big pre-disaster education job to do to help communities understand what floodplains are and how they work, where they’re located, and what those risk factors happen to be.

After Hurricane Matthew, we all had a chance to work with the town of Princeville, which is the oldest chartered black town in North Carolina. That town was built in the floodplain of the Tar River, primarily because that was the available land that African American people could buy at the end of the Civil War. You find that a lot, where the most vulnerable populations have existed for generations in places that have had a series of crises and disasters, and so the recurring trauma and disruption that happens every time a flood comes prevents them from building wealth, equity, and a tax base.

There really isn’t a mechanism to encourage a community-level conversation to talk about the impacts that all of those individual actors have on the long-term sustainability of communities. It’s just really hard to establish a sense of community cohesion and maintain social networks when the physical environment is pockmarked.

I think it’s also about finding ways for people to do what they can. And a lot of the time, when we talk about [hurricane resilience] we’re thinking about you know, billion-dollar, 10-year long-range things when sometimes it’s the day-to-day stuff that makes the difference to a community that’s had this recurring trauma from losing, property, losing loved ones like over and over and over again. 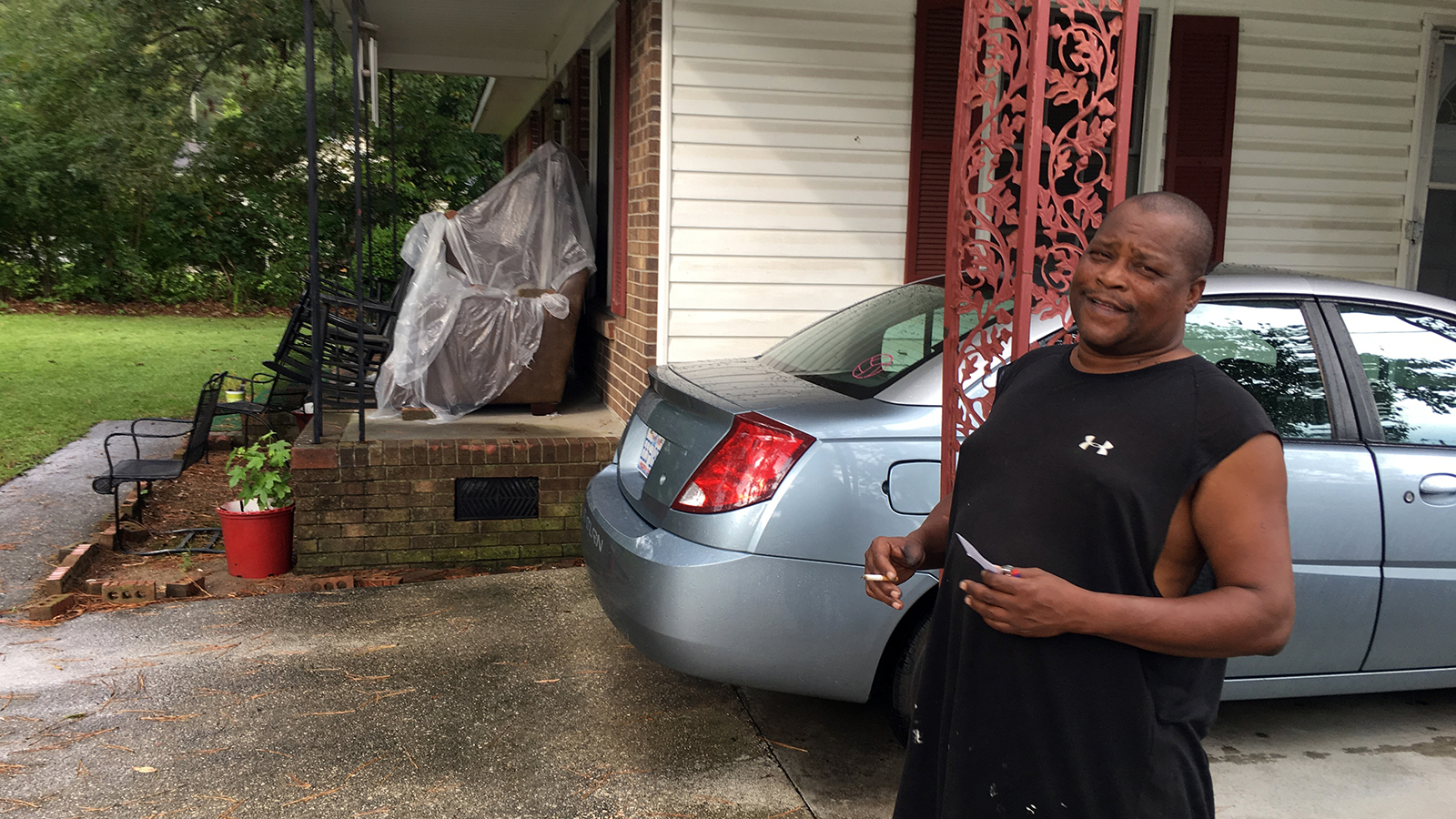 James Howell Jr. sizes up how to protect his home from the approaching Hurricane Florence. The house was damaged by Hurricane Matthew in 2016. Howell said the furniture on his porch is there because he had to go out and rebuild the living room. AP Photo / Emery Dalesio

There is a need for healing and remembering what makes them special and why they’re important. It’s one thing if all you know about Princeville was that it’s in the low-lying area and it floods all the time. It’s another when you think about it as the first free black town in the United States that’s situated in a district that gave birth to many generations of political leaders, not just in North Carolina, but around the country. It alters how you see yourself.

Hanadi Rifai, director of the Hurricane Resilience Research Institute (HURRI) at the University of Houston

Education and coordination, especially with disadvantaged communities, would help areas be more resilient.

We always talk about education because the most important thing is for people to be continually reminded and educated about what could happen to them. Coordination — amongst all organizations, communities, and agencies at the state and federal level — is one of the most important things. When everybody’s working together and everybody’s well informed, they’re able to be more responsive not only in evacuating people but also in getting people back into their homes after the event has passed.

It’s especially important with disadvantaged populations — meaning, people that perhaps don’t have the resources and the means to undertake actions they need to.

Being able to sustain economic development and economic growth, and balancing the risks and rewards of having industrial, commercial, and economic activities would be really important for coastal communities. We talk a lot about hazards from industrial activities, chemicals, and storage of byproducts. If we’re able to get our coastlines more aware of that and find ways that we can manage the risks from those types of activities, we would truly have more resilient coasts. When the event comes, you can recover quickly and you don’t have these lingering environmental effects left to deal with which may prevent things from going back to normal for a while.

“It’s like when you buy a car and see that label about fuel economy. We need a similar thing for buildings.”

The key thing is building structures that are not just designed to withstand normal weather events, but built to last longer and withstand more extreme events. Part of the challenge with that is a lot of structures built a long time ago aren’t adequately prepared to sustain the increasing severity of storms.

We’re not even talking about entirely rebuilding structures. Sometimes it’s just about making sure that homes have a good connection between the roof and the walls and that you have protection for windows and doors. Because after the wind breaks that pressure seal, then a lot of the damage comes from the water. 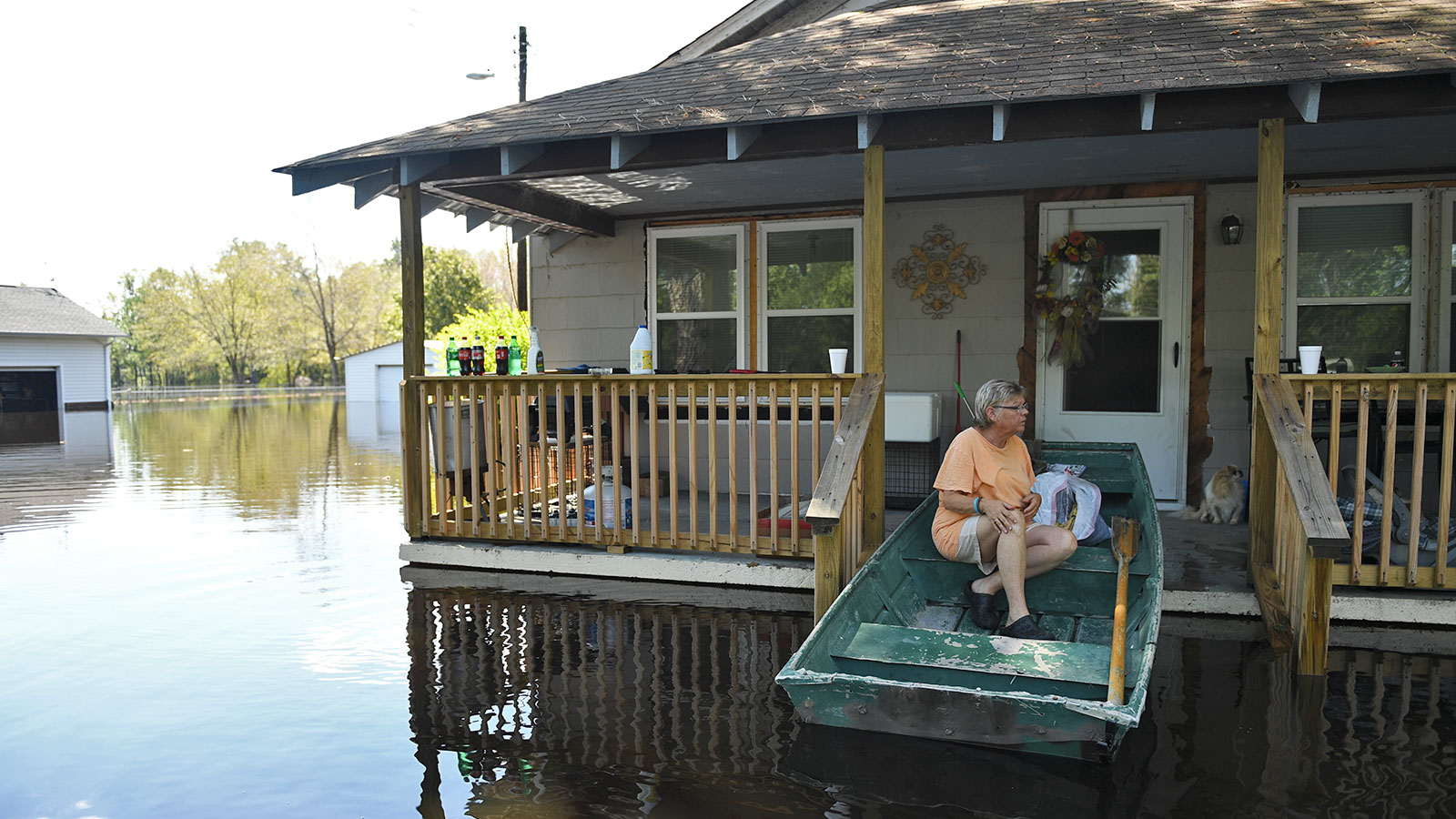 Kenan Chance’s home is surrounded by flood water as the Lumberton river continues to rise in the aftermath of Hurricane Florence in North Carolina. RJ Sangosti / The Denver Post via Getty Images

So it’s really the flooding that’s a lot worse than the wind, but a lot of times that’s wind level is what we design for. Heating and cooling units for buildings are often placed on the ground, down low.

A lot of the research that we do is about the quantitative, life cycle costs of a building, considering the hazards that it’s exposed to. People need to understand that the building they are investing in not only has an initial cost, it’s also going to have some costs due to hazards. As the  severity of storms increase, those costs are going to go up. And so we need to make that more transparent. It’s kinda like when you buy a car and see that label about fuel economy. We need a similar thing for buildings.

No vote, no problem. Young people think outside the ballot box.