What to know about the Zika virus outbreak, El Nino, and climate change 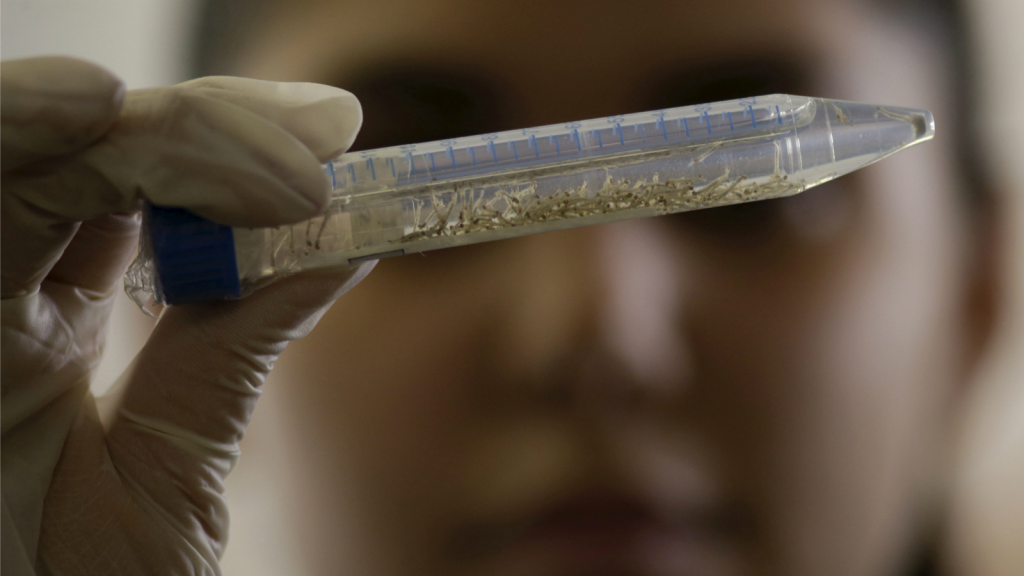 What to know about the Zika virus outbreak, El Nino, and climate change

The outbreak of Zika virus in Latin America is “spreading explosively,” the director of the World Health Organization warned at an emergency meeting in Geneva on Thursday. Last week, the epidemic took a surreal turn when health officials in El Salvador advised women there not to get pregnant for the next two years. Similar, though less extreme, warnings have been issued by Brazil, Colombia, and several other countries. The virus has infected more than a million people during the current epidemic, and health officials say that it may be linked to a spike in microcephaly, a rare condition in which infants are born with unusually small heads.

Behind the outbreak is a complex combination of environmental and economic factors. Here’s what you need to know:

Zika was first identified in monkeys in Uganda’s Zika Forest in 1947. In the years since, the disease has slowly migrated eastward around the globe, following oceanic trade routes with the help of infected sailors and mosquitoes trapped in the holds of ships. The first serious outbreak occurred in 2007 in Micronesia, where up to 60 people were infected, followed by cases in French Polynesia and on other Pacific islands. The current outbreak, which started late last year in Brazil, is the most serious yet and the first one in the Americas.

Zika is carried by Aedes aegypti, the same species of mosquito that carries dengue fever, yellow fever, and Chikungunya. Compared to those other viruses, the symptoms of Zika are very mild, most often resembling a bad cold or the flu. Deaths from the virus are rare. People can contract the virus if they are bitten by a mosquito that has previously drawn blood from another infected person; apart from mother-to-fetus transfer, there’s no evidence yet of person-to-person transfer. There is no vaccine or treatment.

Why is Zika a concern for pregnant women?

In pregnant women, the virus could be the cause of a rapid uptick in cases of microcephaly, which causes incomplete brain development. In Brazil, cases of microcephaly rose 30-fold between 2014 and 2015, from 147 to nearly 4,000 cases, just as the Zika outbreak was taking place. That apparent correlation led to the precautionary pregnancy advisories, but scientists have yet to definitively confirm their suspicion that Zika is directly to blame for microcephaly.

Microcephaly isn’t unheard-of; in the United States, it occurs in roughly two to 12 babies per 10,000 births, according to the Centers for Disease Control. But Heidi Brown, an epidemiologist at the University of Arizona, said the troubling thing in Latin America is the rapid rate of increase in cases.

“It’s really quite baffling that we’re seeing this microcephaly where we haven’t seen it before,” Brown said. “If [a pregnant woman] gets Zika, is she likely to have a birth with microcephaly? That seems to be yes, but there could be other factors. Trying to get to that — that it’s causal — is a really daunting task. We’re still very early on this.”

That message was echoed by Francis Collins, director of the National Institutes of Health, in a blog post Tuesday. Collins noted that U.S. health officials, like their counterparts in Brazil, have confirmed the presence of Zika in tissue samples from some infants born with microcephaly. But he wrote that “it is now critically important to confirm, through careful epidemiological and animal studies, whether or not a causal link exists between Zika virus infections in pregnant women and microcephaly in their newborn babies.”

What’s the cause of the outbreak?

According to Laurie Garrett, senior fellow for global health at the Council on Foreign Relations, the outbreak was triggered by “a perfect storm” of biological, economic, and climatic events. Aedes aegypti, the mosquito that can carry Zika, has been growing in population in Latin America since first being introduced to Brazil via trans-Pacific shipping routes in the late 1980s. Brazil is also now in the midst of a severe economic downturn, while the government is in disarray as President Dilma Rousseff faces calls for impeachment for her involvement in a corruption scandal involving Petrobras, the state oil company. That has left the country with a weakened public health system that is struggling to effectively eradicate dangerous mosquitoes. This week, Brazil’s health minister admitted he was “badly losing the battle” against mosquito-borne illnesses.

But the most important factor, Garrett said, is a mosquito population boom triggered by above-average rainfall, a product of this year’s exceptionally strong El Niño in the Pacific. Over the last month, flooding in Brazil, Paraguay, and elsewhere has been the worst in half a century, forcing 150,000 people to evacuate their homes. Those conditions are perfect for mosquito breeding.

“One of the hallmarks of these mosquitoes is they like very clean water,” Garrett said. “So rainfall is perfect for them. If it creates puddles, or accumulates in tires or any sort of containers, that will be a breeding site.”

Combine that with steamy summer temperatures and lots of bare skin, and it’s easy for a mosquito-borne disease to spread quickly. Along with the Zika outbreak, Garret said, dengue is also surging.

What about climate change?

For environmentalist Bill McKibben, government warnings against getting pregnant were a shocking preview of the climate change dystopia just around the corner.

“Think about that. Women should avoid the most essential and beautiful of human tasks. It is unthinkable,” he wrote in an op-ed for the Guardian on Monday. “Obviously we need to face up to the fact that pushing the limits of the planet’s ecology has become dangerous in novel ways.”

McKibben blames the Zika outbreak on “mosquitoes whose range inexorably expands as the climate warms.” But while it’s certainly true that global warming could lead to increases in the spread of disease-carrying mosquitoes, in the case of Zika, the mosquitoes in question have been well-established in the affected region for nearly two decades.

More important than changes in mosquito distribution is the change in rainfall caused by El Niño. While this El Niño wasn’t caused by climate change per se, it is happening in a context of overall higher ocean and atmospheric temperatures — 2015 was the world’s hottest year on record — that may have helped make it stronger than usual. And there is a growing body of research finding that climate change could dramatically increase the frequency of severe El Niños, meaning that regardless of how mosquito ranges spread, places that already have mosquito problems now could see them get worse.

“It’s a question of probability: What’s the probability that I’ll be bitten,” Brown said. “The more [mosquitoes] that are out there, those probabilities start shifting.”

With all that in mind, Brown said, it’s hard to draw any sweeping conclusions about the cause of this year’s outbreak or make predictions about the future with only one year of data.

“It’s not just climate, or vector control, or human travel, but all of these things together,” she said. “Maybe we just got unlucky.”

The upshot is that it’s too soon to point a finger at climate change for this year’s outbreak. And the ways in which climate change impacts future cases of mosquito-borne diseases will be much more complex than simply where mosquitoes live.

Should Americans be worried?

So far, there are no cases in which U.S. mosquitoes have transmitted Zika to people in the country. But there have been at least six recent cases — in Arkansas, New York, Virginia, Hawaii, and California — where residents who recently returned from traveling have tested positive. The CDC has posted travel advisories for more than a dozen countries with cases of Zika.

But the NIH blog post warned that when temperatures warm up in the spring, the virus could spread to mosquitoes throughout across the Southeast and Midwest, putting some 200 million Americans at risk.

“It will definitely make its way to the United States,” Garrett said.

Paradoxically, “the El Niño that is bolstering mosquitoes under the equator, is probably protecting the [U.S.] South now,” she said. “But come spring, we could see very serious mosquito problems.”