California received plenty of praise back in 2016 when it hit its target for cutting greenhouse gas emissions four years ahead of time. But the Golden State’s progress has slowed, according to a report out Tuesday from a nonpartisan research center. California is now on track to hit its 2030 goal in 2061. Three whole decades late.

“This is a sobering report,” said F. Noel Perry, a California investor who founded the center behind the report, Next 10. “We are at a very important point: California is going to need major policy breakthroughs and deep structural changes if we’re going to meet our climate goals.”

What happened? Over the last three years, California has reduced emissions at a rate of only 1.15 percent. At that pace, it would take a century for the state to zero-out carbon emissions. But a law ex-Governor Jerry Brown signed in 2016, requires the state to reach zero emissions by 2050. Since falling behind, the state would need to step up emissions reductions to 4.51 percent every year, according to the report. 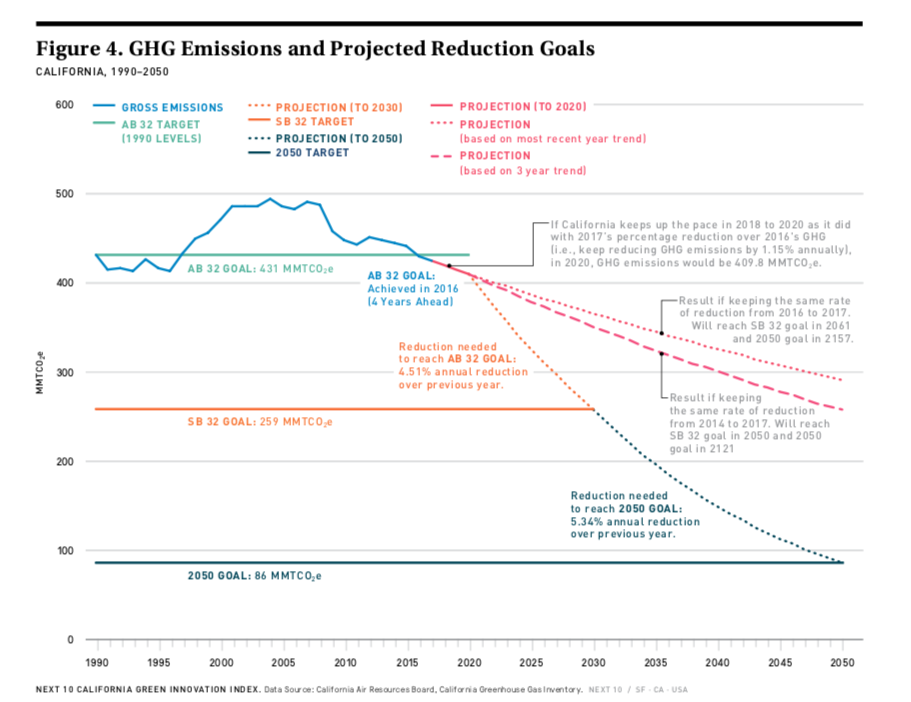 Next 10’s report, the California Green Innovation Index, shows that the state has plucked most of the low-hanging fruit, mainly by cleaning up electricity production. California’s next challenge is the tougher job of eliminating climate pollutants from transportation, industry, and homes, and offices. And, yes, all of those cars.

Passenger vehicles alone produce nearly a third of California’s emissions, more than all of the electric plants, livestock, and oil refineries in the state put together. Vehicle ownership has reached an all-time high, as has the total miles that Californians are driving. Moreover, “even in climate conscious California we’ve seen a consumer preference shift to favor SUVs and light trucks,” said Adam Fowler of Beacon Economics, which prepared this report for Next 10. 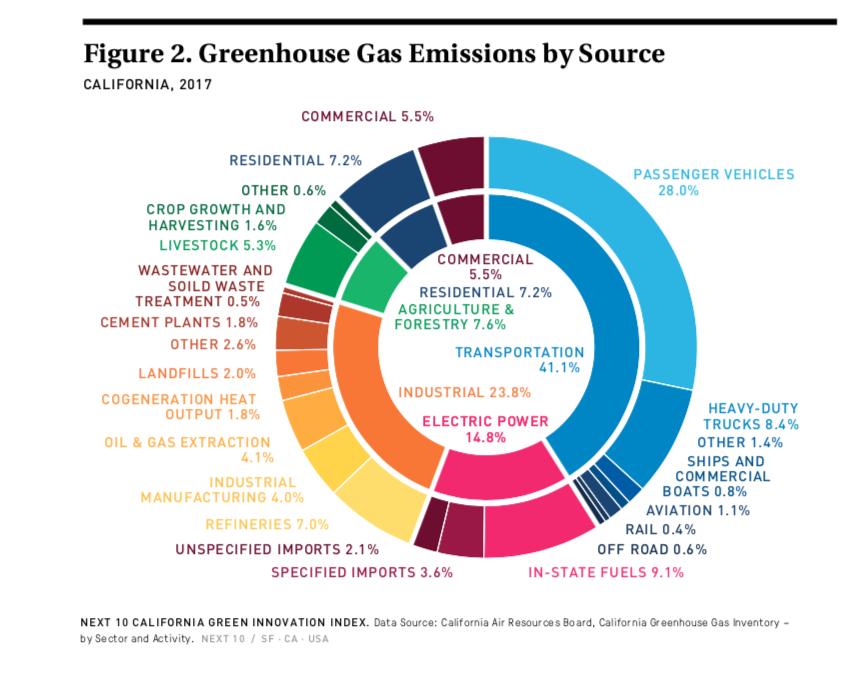 Since early 2017, more than half the new passenger vehicles Californians bought were SUVs and trucks.

Another big, related problem is housing. California’s economy is booming, but cities haven’t built the homes needed by all the new workers. That’s forcing more people into suburbs far from public transportation. The report found that the percentage of people choosing public transit “declined substantially throughout most of California between 2008 and 2018.” Failure to build housing is doubly bad because new buildings are much more efficient in terms of insulation,climate control, and energy efficiency. Every new home even gets solar panels.

“This is one of the gnarliest challenges,” Perry said. “How do we reduce commute times and how do we build denser housing?”

It’s not all bad news. California continues to prove it’s possible to cut carbon emissions while the economy expands. From 2016 to 2017, California’s economy per capita grew 3.1 percent while each person’s emissions decreased. 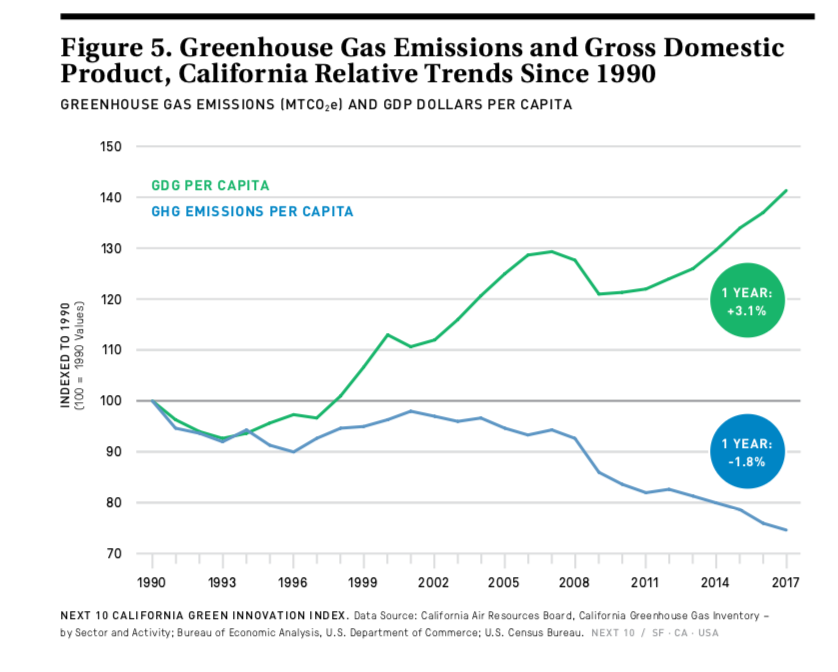 And the authors said that the state still deserves a lot of credit. “California policies have made appliances more efficient, renewable energy cheaper, and given cars better gas mileage all across the country,” Perry said.

Why Extinction Rebellion is occupying an NYC park