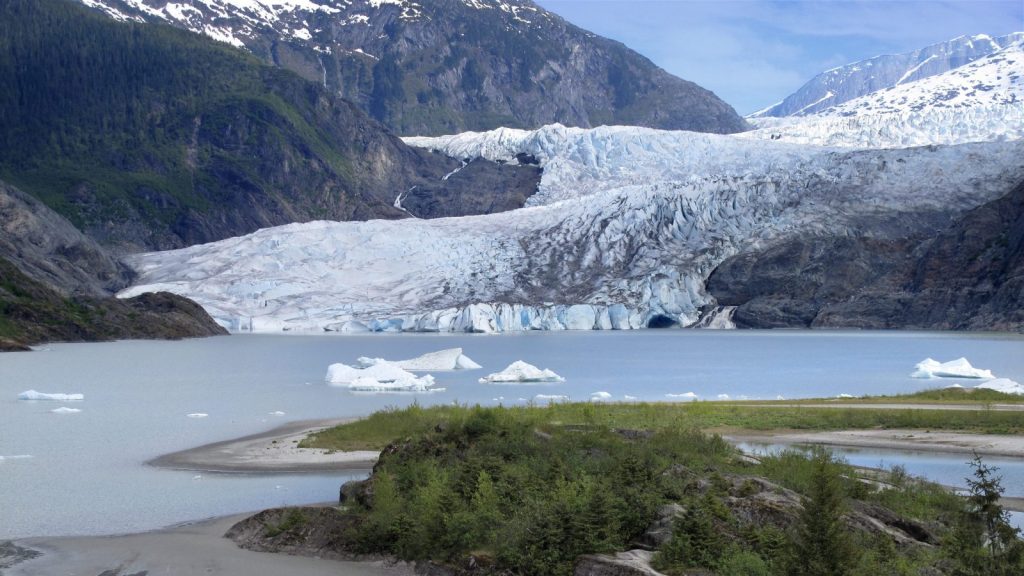 Alaska isn’t exactly the first state you’d expect to embrace a price on carbon. Yet the state legislature will likely be weighing one after the November elections. When carbon taxes keep getting scrapped by blue states like Washington and Oregon, why would such a plan succeed in Alaska: a red state where oil companies are a major economic lifeline?

Necessity is one explanation. Alaskans have been at the forefront of climate change for decades now, facing melting permafrost, coastal erosion, and rising seas. And dealing with these problems — building new infrastructure and relocating communities, for instance — is expensive. By 2030, climate change could add another $3 to $6 billion in costs to public infrastructure alone. A carbon tax could help pay for the state’s ballooning climate costs.

Last year, Governor Bill Walker, an Independent, established a group to figure out how to address the state’s climate issues. The Climate Action for Alaska Leadership Team — a group of 20 scientists, policy wonks, indigenous representatives, and oil executives — recently released a draft proposal. Lo and behold, it includes a carbon tax.

The plan is expected to reach Walker’s desk in mid-September, marking the first time the state has seriously considered a price on carbon. The details of the proposal are vague at this point, and it’ll be some time before discussion about the tax really ramps up. The governor isn’t expected to throw his support behind a controversial tax during election season.

The leadership group wants a price on pollution for practical reasons: Alaska doesn’t have a lot of revenue. With just 700,000 people, it’s one of the least populous states in America. And its residents don’t pay income or sales taxes.

If Alaska manages to implement a carbon tax — and that won’t be easy — it could tackle two huge problems at once, says Chris Rose, a member of the leadership team and the founder of the Renewable Energy Alaska Project.

“Maybe a carbon tax can be the tax that we employ to deal with our revenue shortfall and climate change at the same time,” he says.

A solid majority of Alaskans, 63 percent, said they support taxing fossil fuel companies while equally reducing other taxes, according to data released this week from the Yale Program on Climate Change Communication. That’s not precisely the kind of proposal Rose’s team is cooking up, but it indicates that Alaskans have something of an appetite for a carbon tax.

Rose is also buoyed by the fact that the state’s residents are used to the idea of paying for pollution. Alaskans have to take either their own garbage to the landfill or pay out of pocket for a company pick it up.

“Likewise,” he says, “I don’t think people would have as much objection to paying a fee for emitting carbon dioxide if they really understood that CO2 is the primary cause of climate change.”

Next up for the Climate Change Strategy and Climate Action for Alaska Leadership team? Educating the public about the benefits of a carbon tax. That way, when the Alaska legislature starts considering one, its constituents know what’s at stake.