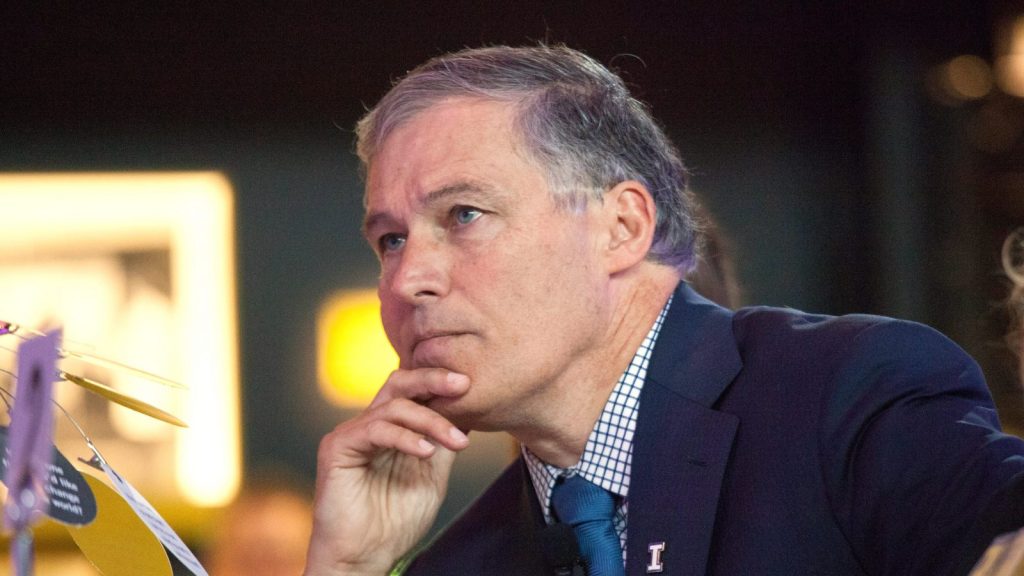 On the first of March, in the year of our Lord two thousand and eighteen, the Evergreen State’s proposed carbon tax passed from this earth. Its untimely end came, as the end comes to most bills, in Legislature.

The tax plan drew its last breaths on the floor of the Washington Senate, only a few votes shy of passing through to the House. Both chambers of Washington’s state legislature are controlled by Democrats, so the fate of this bill is a testament to how hard it is to agree on a price on carbon, even among lawmakers amenable to environmental policies. (This, by the way, isn’t the first time Washington state has tried to pass an ambitious carbon tax — a $25-per-ton tax perished in 2015.)

Our dearly departed bill had a bright future ahead of it, say supporters who would have liked to see Washington become the first state in the nation to impose a tax on pollution. Instead, the young proposal was cut down before its time, leaving uncertain the fate of similar bills currently waiting in a number of other states across the country.

The tax is survived by its creators, Washington Governor Jay Inslee and the bill’s primary sponsor, Seattle Democrat Senator Reuven Carlyle. The bereaved have vowed to continue to fight for all the tax stood for.

Inslee originally proposed a $20 per ton price on carbon emissions in early January, which would have raised $3.3 billion dollars in four years. The youthful optimism of that initial tax was later tempered with the pragmatism of age, to become the bill known to friends and family as Senate Bill 6203 — levying a $12 tax per ton price on the sale or use of fossil fuels, to increase at a rate of $1.80 annually until it reached a cap of $30 per ton.

The money raised by the tax — an estimated $766 million in its first two years — would have helped the state fund things like natural disaster relief and clean energy, and not been returned to consumers in the form of a check or a tax credit as some of this bill’s predecessors would have had it.

Now the Alliance for Jobs and Clean Energy — a coalition of health advocates, business leaders, and environmental groups — will propose its a “fee on pollution”* in the coming weeks, believing people overwhelmingly support a tax that funds the clean energy economy. “From the air we breathe to worsening fires and floods, we know pollution and climate change affect us every day,” says a statement from the alliance. “Dirty energy has hurt our health and our climate for years, and it’s time to start cleaning up the mess.”

So pour one out for SB 6203, gone but NEVER forgotten. We barely knew ye, SB, but we hope you’re in a greater, greener world, one where you can roam free with all the other carbon taxes of our better nature.

*This post has been updated. It previously referred to the new Alliance for Jobs and Clean Energy proposal as a “carbon tax” and included a quote from the coalition’s spokesman unrelated to its current initiative.