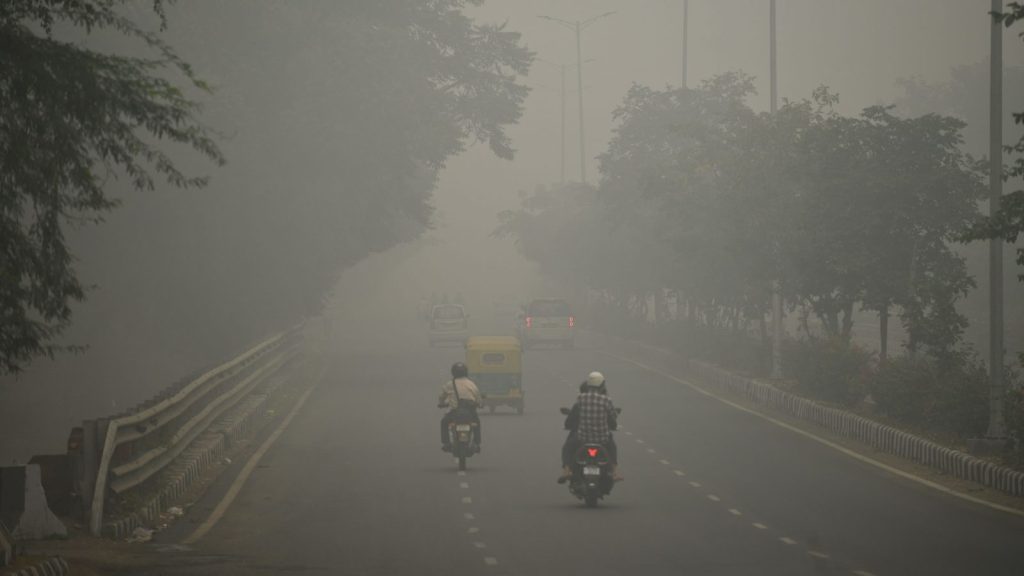 India’s capital city of New Delhi has been making headlines this week for its abysmal air quality as the concentration of particulate matter reached above 400 micrograms per cubic meter, 20 times the levels deemed healthy by the World Health Organization and the worst the city has seen since 2016.

On October 31, the government declared a public health emergency, closing schools, banning construction and fireworks, and limiting private vehicle use to every other day for five days in an effort to protect the population and make a dent in the pollution. Flights have been delayed and hospitals inundated with patients suffering from coughs, dry eyes and throats, and other symptoms brought on or exacerbated by the toxic air.

On the ground, it looks like a scene from a post-apocalyptic movie. Blanketing the streets is smog so dense you can’t see the length of a city block, and the sharp smell of smoke is detectable even through a mask, without which you’d be exposed to air that, over the course of a day, is equivalent to smoking a couple packs of cigarettes.

Unfortunately, this sort of air pollution is nothing new to the residents of Delhi, nor those of many other Indian cities. A study released earlier this year found that 22 of the world’s 30 most polluted cities are in India, and the fall and winter months are always especially toxic.

The stew of pollution choking New Delhi this time of year doesn’t have one single source. Massive clouds of smoke drift south from the neighboring states of Punjab and Haryana, where farmers burn crop stubble from their fields after the harvest to trap nutrients in the soil. Fireworks set off in the streets by the city’s 2 million residents during the Hindu festival of lights, Diwali, don’t help either. And then there are the usual suspects: car and industrial emissions.

#Delhi | A layer of smog blankets the area around Rajpath, this morning.

But it’s not just human activity that’s to blame — local weather patterns don’t help the problem, either. Cold air settles into the low-lying city, bringing with it, and holding in, pollutants.

The government has been struggling for years — mostly without success — to curb air pollution. Crop burning and firecrackers are both illegal, but people mostly ignore these bans, as well as the efforts to replace the practices with greener alternatives.

Hopefully residents will be breathing easier soon — air quality has begun to improve significantly in the last couple days thanks to winds, the odd-even car scheme, and a reduction in crop burning in Haryana. But these are short-term fixes, and just as history tells us that this year’s emergency-level air pollution wasn’t a fluke, it also suggests that large-scale measures will need to be taken if the people of New Delhi hope to avoid future polluted falls and winters.