As we wind our way down Avenida Rexach, one of the main pathways through the warren of streets in San Juan’s Barrio Obrero Marina, Lymaris De Jesús tries to paint a picture of what it was like after Hurricane Maria passed through. Today, the streets are packed with kids riding bikes, trucks collecting trash, people sitting in chairs on the sidewalk to escape the heat of their homes, and, every few blocks, somebody with a generator and a power strip who’s offering phone charges for $2. But two weeks ago, De Jesús says, “this was all filled with black water.”

I’m with De Jesús and several local journalists, and she’s showing us around the neighborhoods that surround the Martín Peña Channel, a body of water nearly four miles long that snakes through the heart of the capital. Some 26,000 people, most of them poor, call these densely packed communities in the shadow of the city’s financial district home.

Hurricane Maria caused extensive flooding in the area, and the black water De Jesús mentions was the product of heavy rains mixed with the overwhelmed channel, which has been polluted with raw sewage and garbage for decades. The toxic mix was several feet deep in places but quickly receded. Now, two weeks later, parts of the neighborhood still have the occasional, overwhelming smell of an open sewer.

But aside from the lingering stink in some places, the communities around the Martín Peña Channel have rebounded relatively quickly from the hurricane’s destruction. Soon after the storm hit, people here are starting coming together to clear many of the streets themselves, separating debris into distinct piles: one for vegetation and garbage, and another for heavier items like utility poles and chunks of concrete or zinc from damaged homes. De Jesús tells us that the community had many of the streets cleared and the piles formed by the third day after the storm.

That’s because while President Donald Trump was complaining that Puerto Ricans haven’t helped themselves and were too reliant on federal help, people living near the channel were busy tapping into a network of community organizations, nonprofits, and corporations working with the local government to mobilize, clean up, and begin the long process of bringing life in their neighborhoods back to normal. 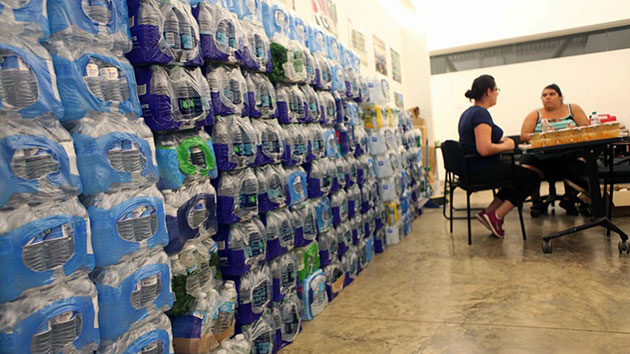 And that network goes back decades. As the story goes, ever since a group of peasants established these communities by occupying the mangroves around the channel in the 1920s and 1930s, developers and the government have been trying to force them from the land. To combat these efforts, residents got together and eventually formed a land trust in 2004.

The grassroots organizing that went into creating the land trust made planning the recovery here much easier than in other parts of the island torn apart by Maria. The public corporation that manages the land trust, Proyecto Enlace del Caño Martín Peña, has been a hub for donations and relief efforts, documenting which homes in the area are destroyed or damaged, coordinating relief package deliveries, and doing it all without much help from the feds.

“This is a community of hardworking people,” says Lyvia Rodríguez Valle, the executive director of Proyecto Enlace. She tells me that the people of the area knew that they’d have to organize their own relief because Maria “had devastated all of Puerto Rico, and they were just one community.” 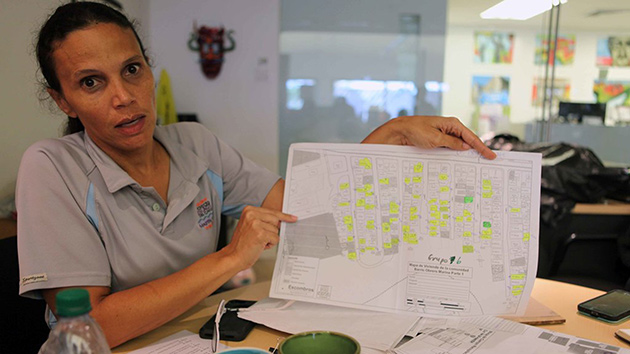 Soon after the storm passed, Enlace staffers and volunteers were working out of their office with no electricity, using laptops and phones they managed to charge somewhere else. They began organizing groups that did a census of the damage to the homes in the area and went house to house, assessing medical needs and identifying the most vulnerable. The headquarters got its power back two days ago, and they’ve been busy coordinating deliveries of donations to the community almost as fast as they come in. They’ve also organized brigades of volunteers to help residents fill out paperwork that will be submitted to the US Army Corps of Engineers to help with damage estimates.

Many in the community have volunteered to help others, even though they had their own issues to deal with. Take 72-year-old José Caraballo, who lost part of his roof of his home on Calle 10 in nearby Barrio Obrero Mariana. He says he stayed with a friend for two days before telling his wife that it was time to go home. “There’s no place to sleep like home,” he says. He secured enough metal sheets to repair his roof but had to hand cut them, from 10 feet long down to eight. After that, he says, he was able to repair the roof in about a day, with the help of a relative. “You can’t wait for the government to help,” Caraballo says.

But problems remain. Enlace has managed to get some meal donations from FEMA, but staffers have to go through each box to check the items because they’ve found fungus in some of the packages. FEMA also gave Enlace more than 400 tarps to distribute, but the ropes that came with them were too short, so the group had to buy its own. And the FEMA donations themselves offer their own particular challenge: The warehouse storing the items is in Caguas, about 30 minutes away from the channel, and trucks and diesel fuel are hard to come by right now.

There are also reports that landlords have hassled some area residents and threatened eviction if they don’t pay rent, even for homes that have been destroyed. And the piles of trash that remain on many of the narrow streets of the neighborhoods create a major safety hazard. If a pile of ruined furniture, garbage, and dead branches and leaves catches on fire — it’s been blazing hot since the hurricane, and everything’s drying out quickly — the tightly packed neighborhoods could go up in flames. “In regular conditions, one fire will burn eight houses,” Rodríguez said. “In this situation, it would be a tragedy.” 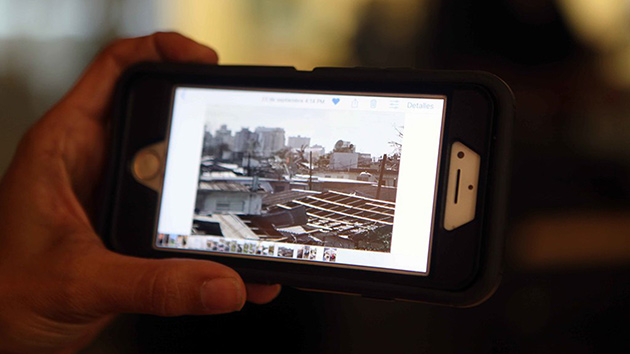 Enlace is also still seeking donations of money and items such as food, battery-operated fans, mosquito repellent, water filters, and solar lamps, among other items. They’ve set up a GoFundMe fundraising drive to raise money for the effort, and have already raised more than $20,000 of their $25,000 goal.

Meanwhile, Lucia Cruz Rivera, the president of the G-8, an organization formed to coordinate community and recreational organizations in the communities of the Martín Peña Channel, says the hard work of local residents is living proof of the effort Puerto Ricans are putting into the recovery — regardless of what the president tweets.

“We don’t give any importance to what Trump says,” she tells me. “Because here, people are doing work every day.”

After the disaster comes disaster fatigue. Here’s how to fight it.