Imagine going through your day without access to clean, safe water in your home for drinking, cooking, washing, or bathing whenever you need it. According to a new report from UNICEF and the World Health Organization, 2.1 billion people around the world face that challenge every day. And the task of providing water for households falls disproportionately to women and girls, especially in rural areas.

Water, a human right, is critical for human survival and development. A sufficient supply of biologically and chemically safe water is necessary for drinking and personal hygiene to prevent diarrheal diseases, trachoma, intestinal worm infections, stunted growth among children, and numerous other deleterious outcomes from chemical contaminants like arsenic and lead.

I have carried out research in India, Bolivia, and Kenya on the water and sanitation challenges that women and girls confront and how these experiences influence their lives. In my field work, I have seen adolescent girls, pregnant women, and mothers with small children carrying water. Through interviews, I have learned of the hardships they face when carrying out this obligatory task.

An insufficient supply of safe and accessible water poses extra risks and challenges for women and girls. Without recognizing the uneven burden of water work that women bear, well-intentioned programs to bring water to places in need will continue to fail to meet their goals.

The new UNICEF/WHO report states that 263 million people worldwide have access to water sources that are considered safe, but need to spend at least 30 minutes walking or queuing to collect their water. Another 159 million get their water from surface sources that are considered to be the most unsafe, such as rivers, streams, and ponds. Water from these sources is even more likely to require over 30 minutes to collect. 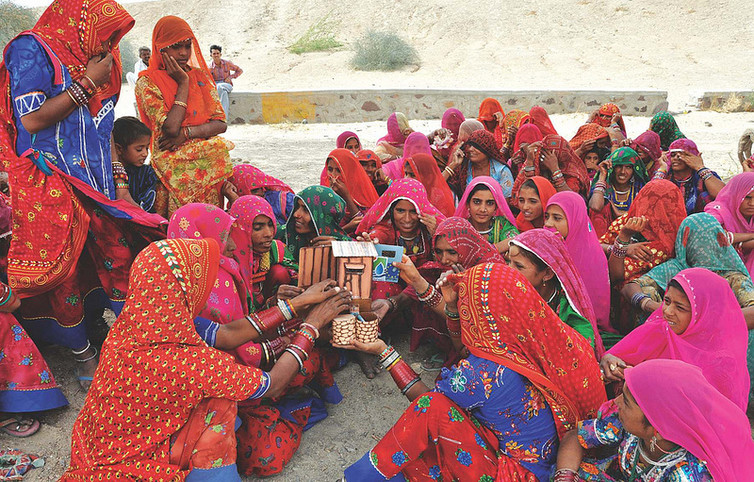 U.N. Women Asia and the Pacific

In a study of 25 countries in sub-Saharan Africa, UNICEF estimated that women there spent 16 million hours collecting water each day. Women in a recent study in Kenya reported spending an average of 4.5 hours fetching water per week, causing 77 percent to worry about their safety while fetching and preventing 24 percent from caring for their children.

When children or other family members get sick from consuming poor-quality water, which can happen even if the water is initially clean when collected, women spend their time providing care. These responsibilities represent lost opportunities for women’s employment, education, leisure, or sleep.

Water is heavy. The World Health Organization recommends 20-50 liters of water per person per day for drinking, cooking, and washing. That amounts to hauling between 44 and 110 pounds of water daily for use by each household member.

And in many places, water sources are far from homes. In Asia and Africa, women walk an average of six kilometers (3.7 miles) per day collecting water. Carrying such loads over long distances can result in strained backs, shoulders, and necks, and other injuries if women have to walk over uneven and steep terrain or on busy roads.

The burden is even heavier for women who are pregnant or are also carrying small children. Moreover, pregnant women worry that transporting these heavy loads will lead to early labor or even miscarriage.

Even when a household or village has access to a safe water source close to home, residents may not use it if they believe the water is inferior in some way. As one woman told my research team in India:

Tube well water quality is not good … water is saline. Cooking is not good due to this water. Not good for drinking either. People are getting water from that neighboring village … for cooking we get water from the river.

In this community, the neighboring village was at least a kilometer away.

Fetching water can also be very dangerous for women and girls. They can face conflict at water points and the risk of physical or sexual assault. Many of these dangers also arise when women do not have access to safe, clean, and private toilets or latrines for urinating, defecating, and managing menstruation. 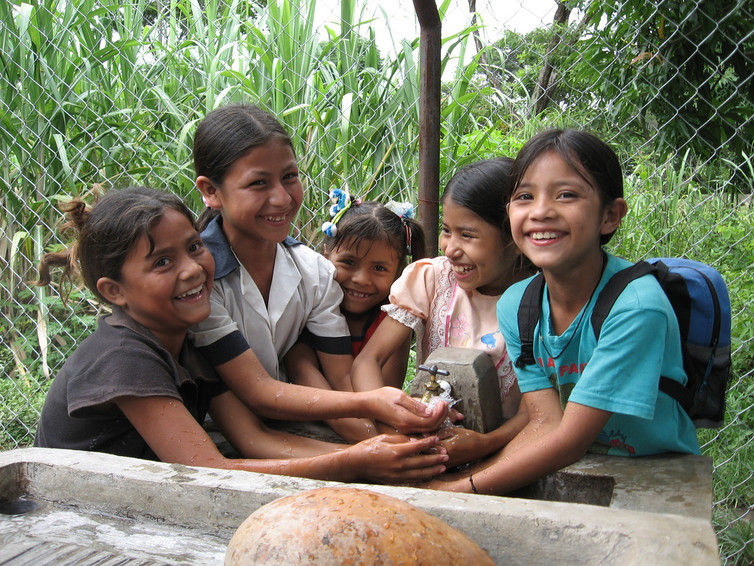 Global demand for water is increasing. The United Nations forecasts that if current water use patterns do not change, world demand will exceed supply by 40 percent by 2030. In such a scenario, it is hard to imagine that women’s and girls’ experiences will improve without intentional efforts.

A focus on women’s needs

When communities initiate programs to improve access to water, it is critical to ask women about their needs and experiences. Although women and girls play key roles in obtaining and managing water globally, they are rarely offered roles in water improvement programs or on local water committees. They need to be included as a right and as a practical matter. Numerous water projects in developing countries have failed because they did not include women.

And women should play meaningful roles. A study in northern Kenya found that although women served on local water management committees, conflict with men at water points persisted because the women often were not invited to meetings or were not allowed to speak.

Women who raise their voices about water concerns need to be heard. In Flint, Michigan, women were critical to revealing the city’s water crisis and continue to push for changes.

We also need broader strategies to reduce gender disparities in water access. First we need to collect more data on women’s water burden and how it affects their their health, well-being, and personal development. Second, women must be involved in creating and managing targeted programs to mitigate these risks. Third, these programs should be evaluated to determine whether they are truly improving women’s lives. And finally, social messaging affirming the idea that water work belongs only to women must be abandoned.

Former U.N. Secretary-General Ban Ki-moon has called empowerment of the world’s women “a global imperative.” To attain that goal, we must reduce the weight of water on women’s shoulders.