Zinke doesn't want to eliminate our beautiful national monuments, so he's shrinking them 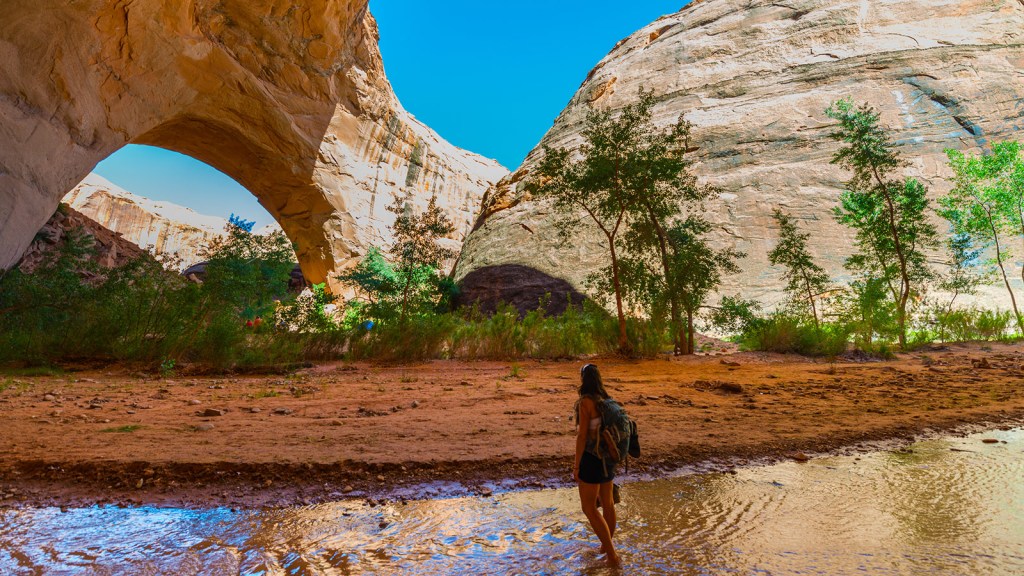 Zinke doesn’t want to eliminate our beautiful national monuments, so he’s shrinking them

Interior Secretary Ryan Zinke on Thursday delivered his long-awaited recommendations on the fate of 27 national monuments that the Trump administration is considering opening up for mining and drilling. Zinke’s verdict, it turns out, is a confusing one.

The Associated Press was first with the story, with a headline that originally read, “Zinke Won’t Eliminate Any National Monuments.” That seems to suggest good news, but the story goes on to note that Zinke said he is recommending that President Donald Trump make changes to a “handful” of monuments. Conservationists say this is exactly what they feared: They don’t know what those changes mean or which monuments will be targeted, because Zinke has been vague on what’s in his report to Trump. But the administration may intend to shrink monuments in New Mexico, California, and Utah — including Bears Ears and Grand Staircase-Escalante, monuments that are important to Native Americans.

“First and foremost I think this news shows how arbitrary the process has been,” says Dan Hartinger, the Wilderness Society’s deputy director for Parks and Public Lands Defense. “Talking about them as a ‘handful’ of monuments is something that’s neither acceptable or respectful of the critical cultural and sacred sites.” Hartinger noted that Zinke’s phrasing seemed to try to frame the decision “as some generous gift or compromise,” when the threat of shrinking protected lands is actually a major blow to conservation. Aaron Weiss, a spokesperson for the Center for Western Priorities, agreed. “A handful could be two; a handful could be eight or 10,” he said. “An attack on one monument is an attack on all of them.”

Conservationists predict Trump intends to shrink some existing monuments to open up lands for new mining and drilling operations, a potential move that Friends of the Earth’s Ben Schreiber described as a “blatant handouts to the oil and gas industry.” Any such land would still be federally managed, but losing monument status would strip it of national park-like protections, which forbid new leases for grazing, oil, gas, and mining.

If Trump does attempt to shrink any monuments, he will invite the first constitutional test of the 1906 Antiquities Act, a law signed by Teddy Roosevelt giving presidents the power to create land and marine monuments. In over a century, no president has attempted to reshape national monuments in the way Trump is attempting to do. In 1938, the Department of Justice opined that the president has the power to create monuments but not revoke them. While a few presidents have shrunk predecessors’ monuments — Woodrow Wilson did, for example — those moves weren’t challenged in the courts. Trump’s decisions will almost certainly be challenged both by Native American tribes and environmental groups.

In late April, Trump directed Zinke to review 27 large land and marine monuments created since 1996, a date that was meant to include two controversial monuments in southern Utah: the 1.7 million-acre Grand Staircase-Escalante, created by Bill Clinton in 1996, and the 1.4 million-acre Bears Ears, created by Barack Obama. Native American tribes were among the leading supporters of the Bears Ears monument, which Utah Republican officials fiercely opposed.

Environmentalists have been particularly dismayed by the Trump administration’s bizarre process for reviewing the monuments. “Secretary Zinke’s so-called review of parks and monuments has been a complete sham, with arbitrary criteria for ‘pardoning’ some national monuments while attacking others,” League of Conservation Voters’ President Gene Karpinski said in a statement.

Zinke’s review often seemed to be more focused on pageantry than on preparing for the inevitable lawsuits that would come his way if his recommendations are implemented. The former Montana congressman and self-styled Roosevelt conservationist often came under fire for tightly controlling his public appearances while he spent four months visiting some of the country’s most beautiful monuments. Interior’s social media feeds are filled with photos of him kayaking, flying on a helicopter, and hiking. He surveyed Bears Ears on horseback.

“This exercise was nothing more than a pretext for selling out our public lands and waters as a political favor to Big Oil and other special interests who want to pad their profits,” said Karpinski.