Are giant suction cups the key to cheap wind power? 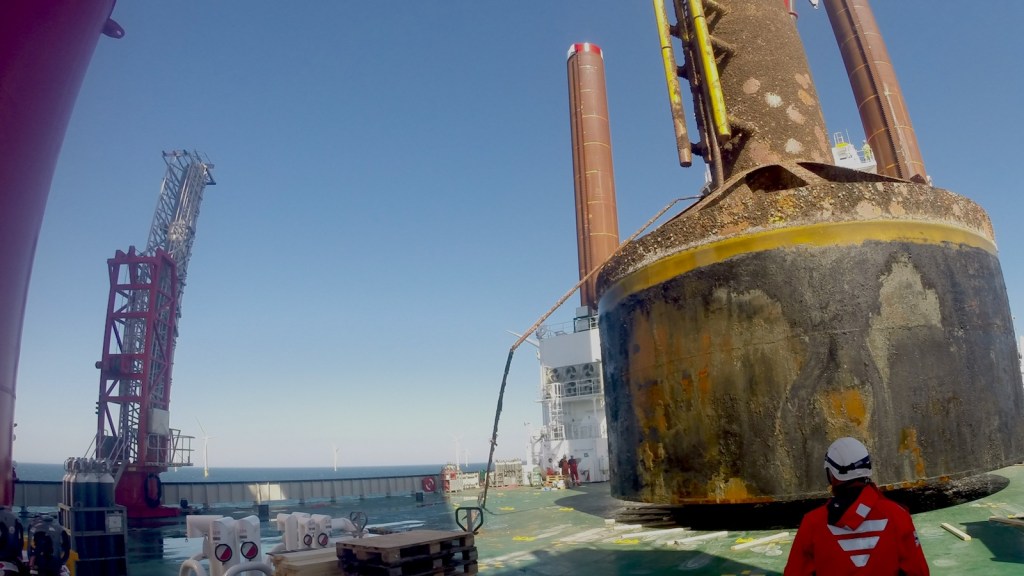 Are giant suction cups the key to cheap wind power?

The coolest new innovation in offshore wind energy right now is, essentially, a giant toilet plunger. Put enough of these plungers together and they could help power Detroit, Chicago, and the other metropolises of the Midwest.

Lake Erie Energy Development and Fred Olsen Renewables, a European energy company, plan on building a wind installation with the help of these toilet plungers, aiming for six 50-foot high turbines in Lake Erie, seven miles off the coast of Cleveland.

Putting wind turbines in the Great Lakes instead of on Midwestern farmland makes plenty of sense, as Pacific Standard reports. Compared to farmland, underwater land is cheap. There’s also more wind on the water, because there are no inconvenient trees or buildings in the way. The Great Lakes are freshwater, so mechanical parts won’t wear down as fast as they would in the ocean’s saltwater. And big cities surround the Great Lakes, which makes it easy to connect a new installation to a pre-existing power plant.

The toilet plunger method (more formally known as the “Mono Bucket”) is an example of how a technological game-changer can often be incredibly low tech. Imagine a bunch of giant plungers in a lake. When the plungers descend, the water trapped in the bottom is pushed out, creating a vacuum. The vacuum pulls the plunger down to the lake bed and anchors it. This provides a solid base for a wind turbine and takes much less time than the standard method of using pile drivers to push concrete-filled steel pipes into the ground. It’s also less environmentally destructive.

This “Icebreaker” project  — a nod to the ice floes that dot Lake Erie in the winter — is expected to generate 20 megawatts by the fall of 2018. But the potential for expanding this project is enormous. The Great Lakes have one-fifth of the country’s impressive but unused offshore wind energy, a mind-boggling 700 gigawatts, enough to power as many as 525 million households, according to the U.S. Department of Energy. That’s nearly four times as much energy as U.S. households currently use.