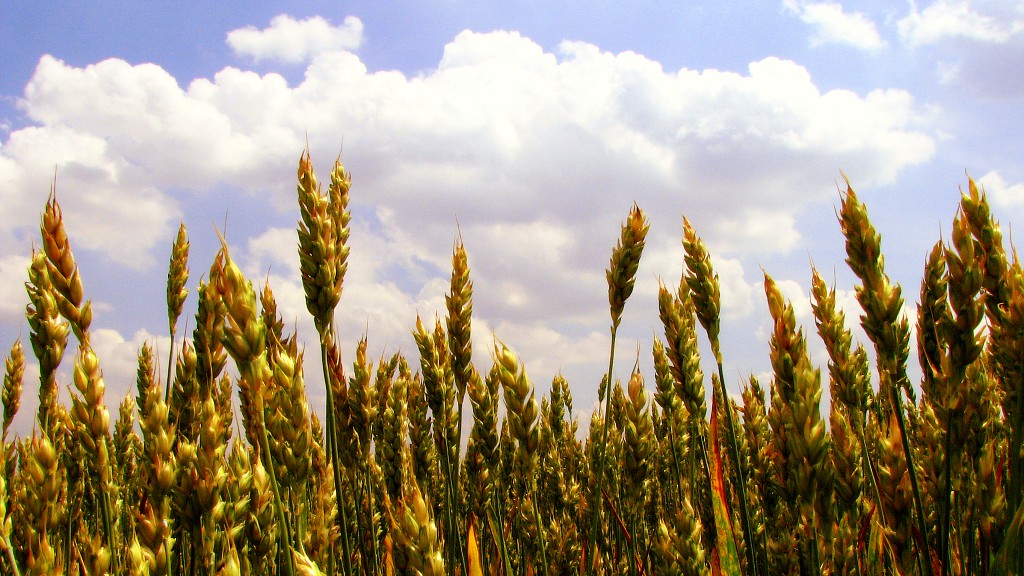 Five years ago, scientists at Rothamsted Research in England began breeding wheat that could be grown using fewer pesticides. They ended up engineering the wheat to give off an aphid alarm pheromone to scare insects away — a trick borrowed from mint plants. The wheat worked like a charm in the lab, but the real test is always whether it works out in the world. And in field trials, according to recently published research, the wheat failed — it didn’t repel the aphids.

Still, Rothamsted scientists learned a lot from the project, as they noted in a press release:

Although the GM wheat did not repel aphids in the field, the five-year project did score some notable successes. The use of genetic engineering to provide wheat able to produce the aphid alarm pheromone (E)-β-farnesene (Eβf) was successful and robust – this is a world first and an important proof of concept in plant science overall. GM wheat plants produced the pheromone in significant quantities without major unexpected changes seen in the appearance or performance of the new wheat plants, which looked and yielded as normal.

The researchers think they may be dealing with a boy-who-cried-wolf problem:

Rothamsted scientists think that the aphids may simply have become habituated to the constant production of the alarm pheromone – this might be akin to people ignoring a car alarm that never stops ringing. This opens up the prospect for further scientific work at Rothamsted to try to better mimic the production of the pheromone in nature.

As Professor John Pickett, FRS and Michael Elliott Fellow at Rothamsted Research said: “The research project overall provided us with fascinating results. We now know that in order to repel natural aphid populations in the field, we may need to alter the timing of release of the alarm signal from the plant to mimic more closely that by the aphid, which is a burst of release in response to a threat rather than continuous.”

This engineered wheat lacks many of the characteristics that bother people about GMOs. It was meant to reduce insecticide use rather than enable plants to survive heavy spraying. And instead of being manufactured by a private biotech corporation, the research was done at a public institution by taxpayer-funded scientists.

Still, the project was controversial, and anti-GMO activists protested the use of public money on genetic engineering. It actually cost Rothamsted more money to protect the field trial from activists than to do the science itself:

Total costs for the research project were £732,000.00. Additionally, £444,000 was invested in fencing to use in this and future research trials. The fencing protects the site from intruders as well as preventing wild animals from entering the trial site. An additional £1,794,439 was provided by the BBSRC for security measures in response to threats of vandalism and attempted criminal damage by anti-GM activists.

Some activists say that the money was wasted. But this kind of failure is a crucial part of science. The real world constantly confounds expectations and exposes the assumptions of researchers. This is what makes science so cool: It defies expectations. Negative results are important — in fact, it’s when you don’t see them that you need to be most on your guard for pseudoscience.