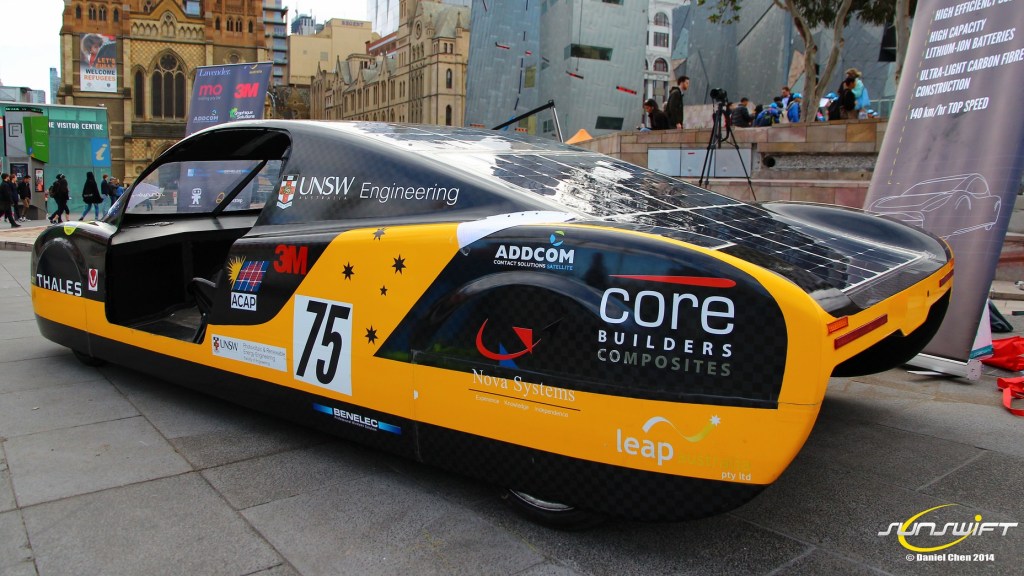 A group of Australian students and their new electric car prototype might give Elon Musk’s Tesla S a run for its money.

The Sunswift eVe went 310 miles on a single battery charge in a July test run. In contrast, the Tesla Model S can drive anywhere from 244 to 306 miles on a full charge.

And, it’s fast, too. Wired reports:

Australian university students, whose electric Sunswift eVe set a new world record for fastest average speed—more than 60mph—over 500 kilometers (310 miles) on a single battery charge, on July 23. That’s a big deal: Range is the biggest issue holding back the widespread adoption of EVs, and this record shows the car can drive hundreds of miles at a reasonable highway speed.

The eVe might not be as fancy as the Model S: It seats up to two adults instead of seven, and doesn’t yet boast any flashy features like a touchscreen dash or all-glass panoramic roof. But the car does have its own solar array — enough to power two hours of driving if parked in the sun for roughly eight hours.

The Washington Post reports that the eVe consumes “less than a third of the electricity at 20 kilowatt-hours when traveling at a cruising speed of 66 mph than the Tesla Model S, which uses fuel at a rate of 67 kilowatt-hours as it moves at a lower speed of 55 mph.”

Meanwhile, the students hope to make the eVe the first road-legal solar-powered car in Australia — and could take Elon Musk’s lunch money in the process.