The NFL's newest stadium is also one of the greenest 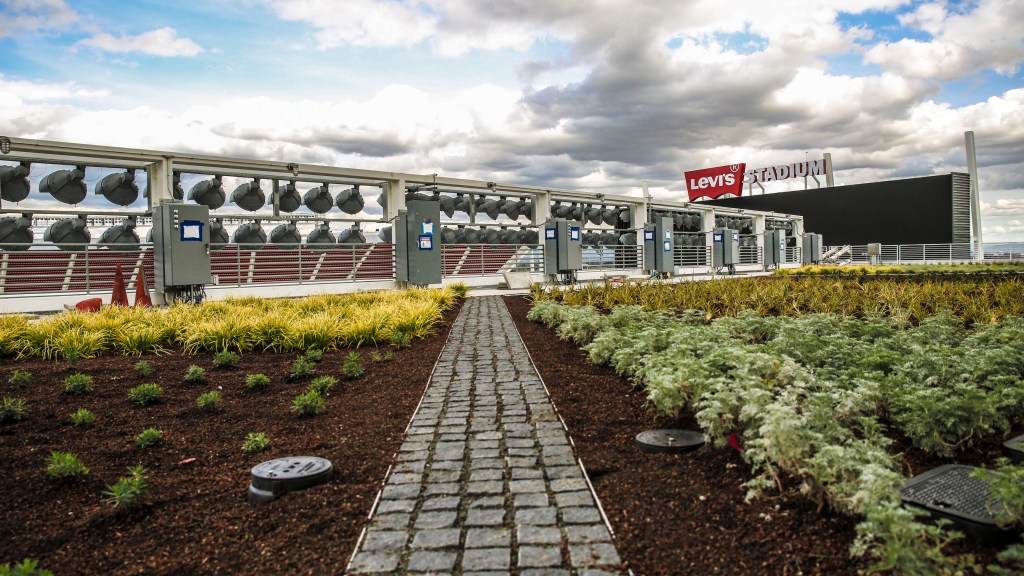 The NFL’s newest stadium is also one of the greenest

Traditionally, sports fans have not been the most eco-minded lot. One way pro leagues and team owners can help fans jump on the green bandwagon: LEED by example.

That’s the promise of the San Francisco 49ers’ new stadium, which on Monday received LEED Gold certification. Levi’s Stadium, set to open next month, is the second NFL arena to earn Gold cred (the Baltimore Ravens’ M&T Bank Stadium is the other).

Here are more details on the Niners’ new digs, from The Sacramento Bee:

The 49ers’ stadium achieved the certification through a number of means, including water use. About 85 percent of the water used in the stadium is recycled or “gray” water. The type of grass used, Bermuda Bandera, also requires up to 50 percent less water than other types used in the Bay Area. Another major reason for the green designation is Levi’s Stadium’s solar panels, which will sit atop the three bridges that lead to the stadium as well as the roof of the tower suite. The team expects that the power generated from those panels will offset the power used in the 10 NFL games played there each year.

The major sports are still a long way from becoming carbon neutral. But, with the news of the NHL’s sustainability strategy also dropping this week, we’re happy to see the small Ws starting to pile up.