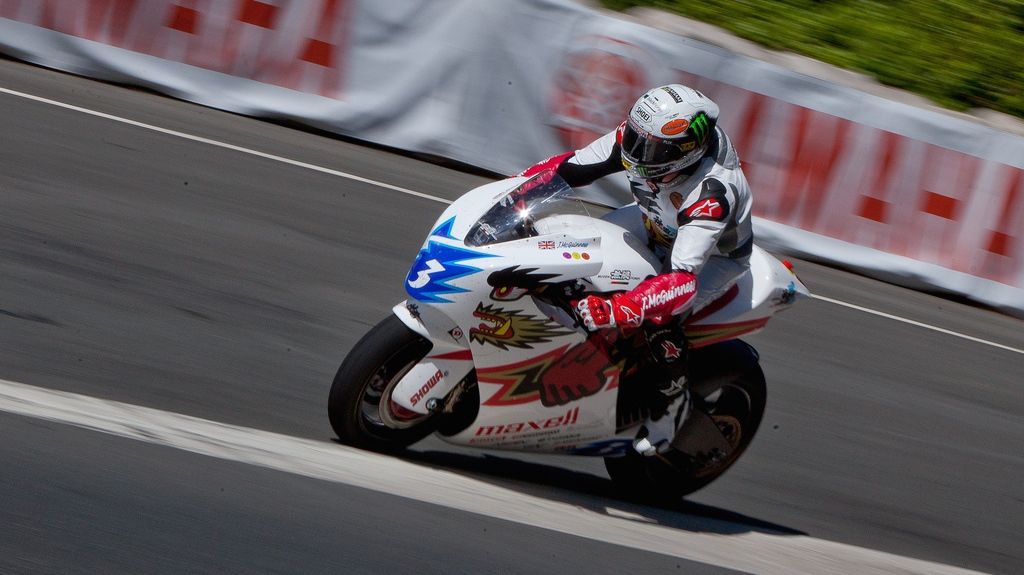 This weekend kicks off the International Isle of Man TT, surely the craziest race on Earth. The race, which has been held since 1907 on the little island between England and Ireland, is the ultimate test for motorcycle riding maniacs. Dressed like power rangers and riding road-going missiles, participants sustain speeds over 200 mph. Racers blast through tiny serpentine streets inches from stone walls and rocket down straightaways hugging cliffs that plunge into the sea. In 95 runnings of the race, there have been 240 deaths. It’s so dangerous that MotoGP stopped racing there in 1976, and those guys consider this a day at the office.

For over a century, the TT meant snorting motors and barrels of race gas, but in 2009, the race added an electric class, now known as the Isle of Man TT Zero. As you can see in the insane helmet cam video below, the electric bikes are just as crazy as the dinosaur-powered dinosaurs they will soon replace.

In 2009, the fastest electric lap averaged 87.4 mph. By 2013, Portland, Ore.-based MotoCzysz pushed it up to 109.7 — still a long way from the fastest fossil bikes, which can average over 130, but it took gas-powered motorcycles 39 years to make the same leap electrics made in just four, and expect them to be even faster this year. Electric bikes are quickly catching up to their gas-powered rivals, and on shorter tracks like the Pikes Peak International Hill Climb in Colorado, they’ve already passed them.

The coolest part is that all that technology that’s blazing out on the racecourse is finding it’s way to riders on the streets. Oregon-based Brammo and California startups Zero Motorcycles and Mission Motors are selling practical, real-world electric bikes that utilize many of the advances tested in the TT. With Yamaha about to join the future and BMW in the electric scooter game, things look good and green for the two-wheeled set.

There is one problem remaining: Electric bikes are so quiet, some folks worry about people wandering into the road and getting hit with 400 pounds of plastic and batteries. Officials at the TT are considering requiring noisemakers. I suggest they give the riders loudspeakers and force them to make engine sounds. It worked for Ralph S. Mouse.