Why some enviros are cheering the death of a solar project 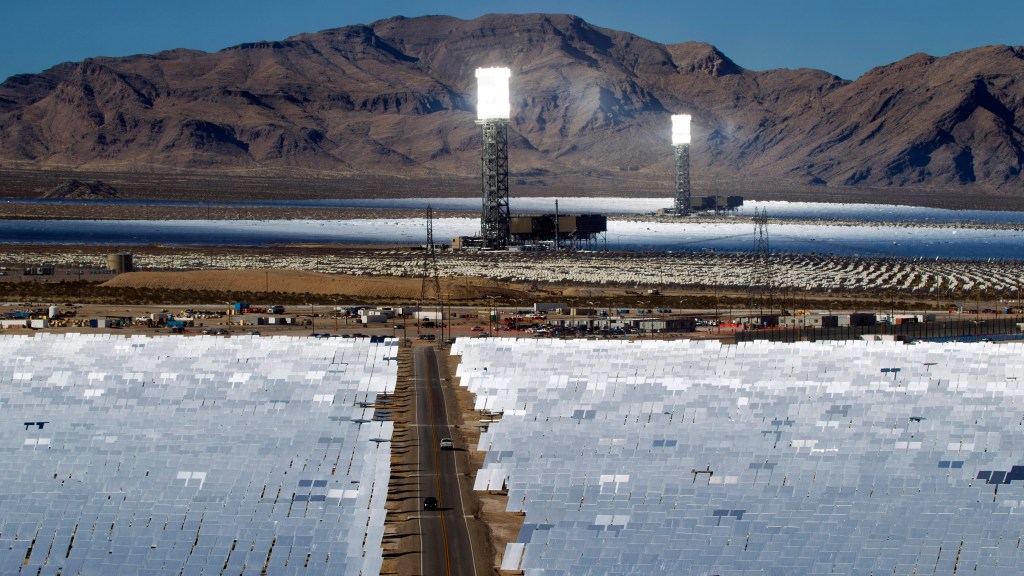 Why some enviros are cheering the death of a solar project

California’s San Bernardino County narrowly rejected a controversial solar panel project over concerns that it would threaten groundwater and wildlife in the region.

Soda Mountain Solar was slated to be built just a half-mile from the Mojave National Preserve. The 3-2 vote against certifying the project is a big win for environmentalists who claimed constructing the facility would use up tons of water — a precious resource in drought-stricken California — without any benefit to locals.

The Soda Mountain installation was initially proposed by Bechtel — a contractor probably best know for Iraq war profiteering — and later sold to Regenerate, when it gained support from the Bureau of Land Management. It was touted as a promising part of Obama’s Climate Action Plan’s goal of producing 20,000 megawatts of renewable energy on public lands by 2020.

But local residents and chambers of commerce, leading environmental scientists, conservationists, and even National Park Service officials opposed the project, as it would endanger Mojave’s bighorn sheep and desert tortoises without lowering electricity prices for locals, who already get about 30 percent of their power from wind and solar. Regenerate wasn’t even able to find a potential public utility to purchase the 287 megawatts of renewable energy it would have produced.

It’s important to move forward on renewable energy projects — and the vast Mojave, with its constant sunshine, might seem like the best place to fast-track solar power. But when those projects threaten a way of life for local residents and unique wildlife, the cost is too steep.