Environmental justice works -- and these folks show us how 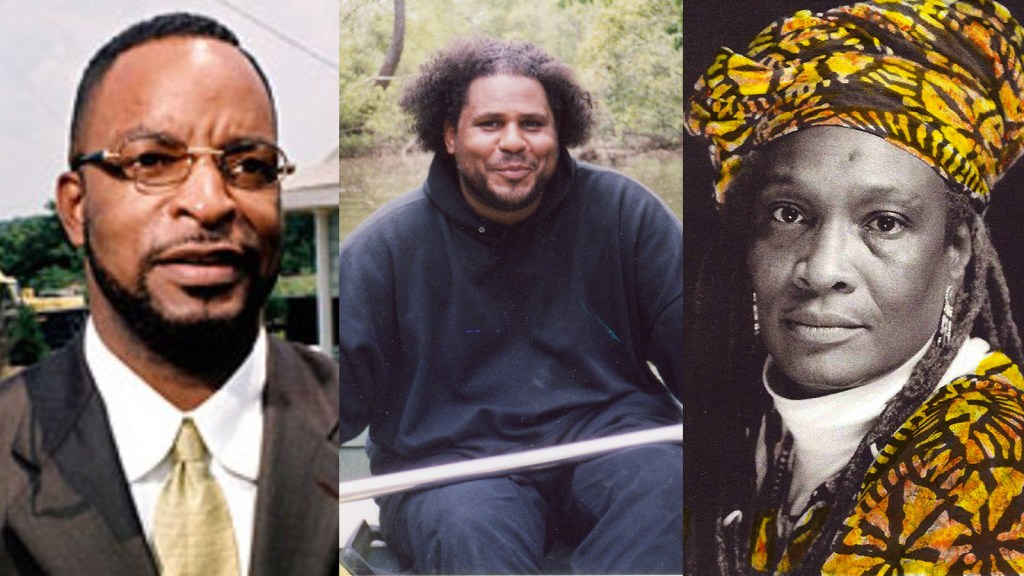 Environmental justice works — and these folks show us how

I’ve been asked a lot lately about how environmental justice works in practical measures. Making the case for considering race and civil rights in environmental policy, or when planning for climate adaptation, sounds good in theory, but how does that actually play out on the ground?

Environmental justice at the very least entails community residents have meaningful involvement when city planners and government officials start making decisions about changing the landscape. Ideally, it means having residents of the communities that have historically been left out of such processes lead the planning.

As the saying goes among community folks normally left out of these planning processes, “If you’re not at the table, then you’ll be on the menu.” Planners and policymakers are used to eating amongst themselves. Many haven’t caught up with that whole notion that the lunch counter needs to be integrated.

Fortunately, though, there are examples of where these integration exists — and effectively. They can be found in the EPA’s Environmental Justice Collaborative Problem-Solving (EJCPS) cooperative agreements program. The goal here is to build equitable development into urban and rural planning efforts by assembling as many stakeholders as are willing — residents, government officials (local, state, federal, tribal), business and industry reps, academics. But with an emphasis on the residents. These collaborative projects seek to ensure that disadvantaged communities don’t become the feasts of profit-hungry developers who might be insensitive or oblivious to residents’ needs.

To qualify for the grants, organizations have to use the EPA’s Collaborative Problem-Solving (CPS) model, which was drafted and finessed based on successful community-led, federally-assisted revitalization projects dating back to the 1990s. One of the best examples can be found in the small city of Spartanburg, S.C., where the community nonprofit ReGenesis Project used a small EPA grant for $20,000, way back in 1997, to breathe life back into the predominantly African-American and blighted Forest Park and Arkwright communities.

Harold Mitchell, a Spartanburg local, had been trouble-shooting with his Forest Park/Arkwright neighbors about how to address the crime and drugs in their community — both growing problems, as was the case in many cities large and small throughout the 1990s. While other cities chose to get tough by ramping up many of the criminal justice policies that spawned the mass incarceration crises we have today, Mitchell chose to examine the roots of crime: poverty and poor health. He found that his neighbors were suffering from a number of health problems resulting from an old fertilizer plant and a waste dump in their midst.

Pulling the community together to form ReGenesis, Mitchell worked with EPA, city and county officials, and business leaders to embark upon an ambitious campaign to revitalize the community’s help. Seventeen years later, Forest Park and Arkwright are virtually brand new. The former fertilizer plant and dump have been replaced with new, sorely needed health facilities, affordable housing to replace the blighted stock, and a recreational center, complete with botanical gardens and other green perks. ReGenesis was able to pull over $300 million from foundations, investors, and other government agencies to make this happen.

Let’s walk that back: In order to address crime and drug use, community residents leveraged a $20,000 grant into hundreds of millions of dollars for a complete community makeover.

The Spartanburg example helped inform the formula EPA created for its collaborative problem solving program (EJCPS) for vulnerable communities. It’s what community folk in Turkey Creek, Miss., used to lead preservation and rebuilding efforts after Hurricane Katrina and the BP oil disaster. It’s also the model that Harambee House Inc. used as one of the first organizations in the EJCPS program to address environmental problems among black communities in Savannah, Ga., back in 2004. Harambee has helped pull off similar progress by utilizing Spartanburg’s model, and they have worked in remote partnership with ReGenesis so they continue to build and improve upon the concept.

This equation comes from Harambee:

This is a solid formula for how environmental justice can work as policy, if given a shot and some patience. It can also be applied, and really should, for climate change adaptation and resilience planning.

This year’s EJCPS 12 grant recipients will follow and hopefully improve upon the equation. You can read about what they’ll be doing here. A few samples:

The Mississippi Conference of Black Mayors plans to use the formula to address the ongoing problem of toxic lead exposure, a legacy of the old housing stock found throughout Mississippi Delta region. Kids in the state also get it from the abuse of pesticides and toxic chemicals from nearby farms and factories. Lead exposure not only stunts children’s neurological development, but also has been linked to violent behavior later in life, according to some scientists.

In North Carolina, the Greensboro Housing Coalition will use the collaborative approach for a plan to improve housing conditions for low-income families, leverage resources for mold and lead abatement, strengthen inspection enforcement policies, and create safer dwellings for immigrant workers and families.

None of this will be easy — it took Spartanburg almost 20 years to achieve its results. It’s not the same as just parachuting developers in topave and build over whatever’s already there, which, I’m sure, would be quicker. But the outcome of the collaborative problem-solving model is a community residents can live with — because they’re at the table, not on the menu, which means everybody eats.