How to give a community a soul 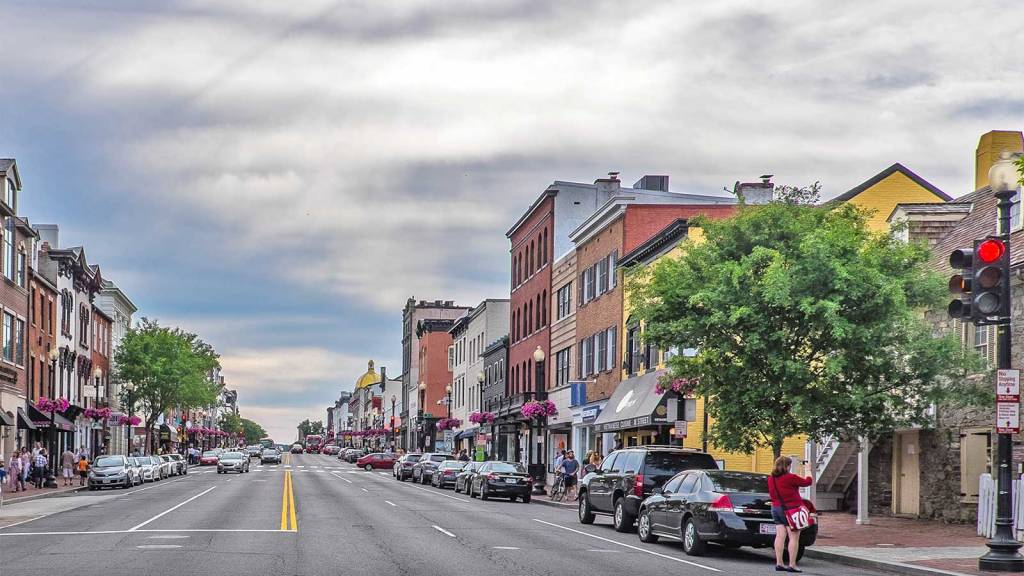 Georgetown in Washington, D.C., has more soul than Arlington, Va., just across the river. Ephien
Cities

How to give a community a soul

I was amused to hear that Sen. Kirsten Gillibrand (D-N.Y.) says in her new memoir that her family was initially unhappy in Washington, D.C., because they lived in the “soulless suburb” of Arlington, Va. Having suffered a year of working there, I knew exactly what she meant, and I wrote a story for today’s Washington Post defending her and arguing that she should use this opportunity to discuss how public policy can make communities better.

As my piece in the Post explains, a community’s “soul” is not just some ineffable or magical quality. Urban planning and local laws actually affect it.

Neighborhoods that are widely considered charming or full of character are typically designed to make pedestrians feel cozy by having buildings that are attractive, human-scaled, and engaging to the street, and streets that are narrow and lined with appealing sidewalks. Indeed, traditional row-house neighborhoods all over the country are envied for their architectural and cultural character.

Contra some of the angry Arlington defenders on my Twitter feed, this point is not about hating the D.C. area. Washington, D.C., has many well-designed, walkable neighborhoods. Georgetown, right across the Potomac River from Arlington, is a good example. Capitol Hill, where Gillibrand moved from Arlington, is another such neighborhood, as is my personal favorite, Mount Pleasant.

This isn’t a matter of New York-centric snobbery. There are wonderful urban neighborhoods in Southern cities like New Orleans, Savannah, and Charleston, Midwestern cities like Chicago, and every major West Coast city — not just San Francisco, but even parts of Los Angeles and San Diego. They are most concentrated in the Northeast only because it is the oldest region of the country and we have mostly designed newer places to accommodate cars rather than people.

As I write in the Post, Arlington is actually one of the better parts of suburban Northern Virginia. It has mass transit, density, and a healthy mix of uses. All it needs is to redesign its streets and buildings so that they face the street rather than hiding behind lawns and parking lots, and make its sidewalks more conducive to walking. That will take a long time as most of the current buildings aren’t going anywhere. But the important thing is that the city move in the right direction rather than, say, designating strip malls for preservation so that they cannot be redeveloped. With the right policies, Arlington will improve over time. It’s diverse, and full of people who will make it more vibrant. The Arlington of today is a better place than the Arlington of 10 years ago.

We just need to recognize that features like character are not immutable. They are actually up to us.