If you live in a city, this PBS quiz tells you you’re an elitist. Don’t believe it. 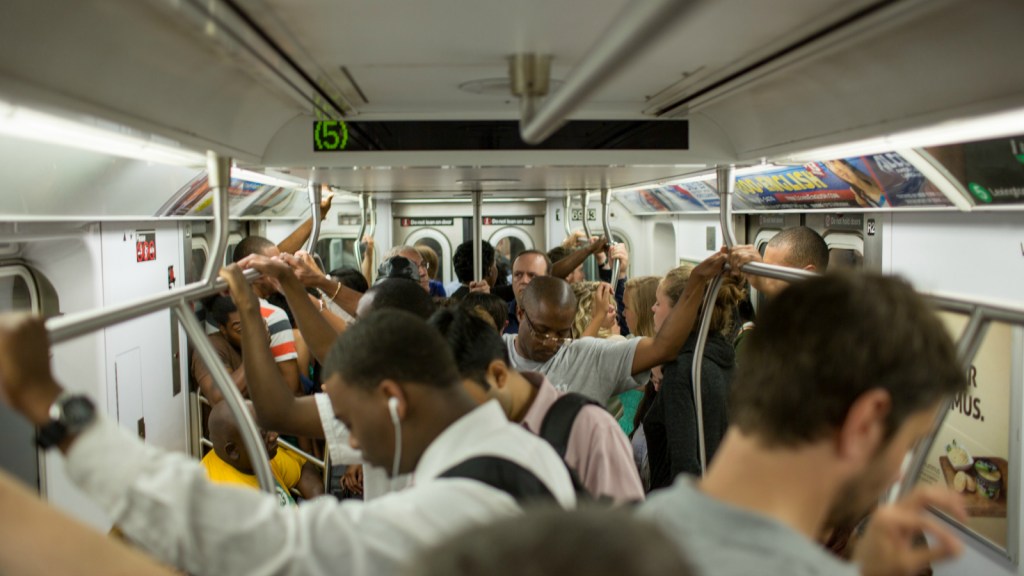 If you live in a city, this PBS quiz tells you you’re an elitist. Don’t believe it.

A quiz on PBS.org has been inescapable on my Facebook feed lately, and journalists I follow are sharing it on Twitter. By asking a series of questions about your life experience, it claims to reveal whether you “live in a bubble” or whether you are properly in touch with “ordinary working-class or middle-class” Americans. What it really reveals is that conservatives define “ordinary” Americans as white and rural or suburban. It’s a definition that is racist, biased against city dwellers, and dismissive of greener ways of living.

The PBS feature is based on a similar quiz in the 2012 book Coming Apart: The State of White America, 1960-2010 by Charles Murray, a conservative public intellectual. He’s most notorious for his 1994 book The Bell Curve, a sloppy and discredited argument that blacks and Latinos are, on average, genetically prone to be less intelligent than whites. More recently, he has become concerned that working-class whites are losing contact with the upper-middle class and sliding into cultural decay — another badly flawed thesis.

Socioeconomic segregation is a real problem, but this quiz doesn’t get at the heart of it. About half of the questions are arguably relevant and pertain to your actual socioeconomic experience, such as whether your parents had white-collar or blue-collar jobs and how much money they made. But other questions totally miss the mark and reflect the biases of the cranky, old, conservative, white man who dreamt them up. Consider a few of the questions as well as the answers of yours truly, a long-time Brooklynite and a former resident of Washington, D.C.:

“Have you ever lived for at least a year in an American community with a population under 50,000 that is not part of a metropolitan area and is not where you went to college?”

An explicit premise, treated as so self-evident that it requires no explanation, is that it’s less insular to live in a town of fewer than 50,000 people than to live in a major city. But cities are, on average, vastly more racially diverse than smaller towns. They are also poorer. Every big city in the country has a lower median household income than its surrounding suburban counties. And many city dwellers like myself live in apartment buildings and townhouses, which brings us into contact with a wider range of people than those residing in suburban tract homes. So while I haven’t lived in a community of under 50,000, that hardly means I’ve been residing in a bubble.

Conservatives don’t like to admit that cities are less “insulated,” since their ability to con non-rich whites into voting against their own interests depends on fueling resentment against the supposed elitism of urban liberals. That’s why Newt Gingrich inveighs nonsensically against “elites … who ride the subway.”

“Have you or your spouse ever bought a pickup truck?”

No, I haven’t. A new truck typically costs between $25,000 and $50,000. I get around mostly by walking and sometimes by taking the subway for $2.75 per ride. Murray and PBS think this makes me insulated, even though I cross paths in my diverse urban neighborhood and on the subway with a far wider cross section of humanity than one does from inside a big, gas-guzzling private vehicle.

“During the last five years, have you or your spouse gone fishing?”

I don’t go fishing. I go to public parks and play basketball in public playgrounds with strangers. This makes me “insulated,” whereas sitting alone on a lake would not?

“How many times in the last year have you eaten at one of the following restaurant chains? Applebee’s, … Denny’s, … Outback Steakhouse …”

I don’t eat at Outback Steakhouse or Applebee’s. They don’t have many of those table-service chain restaurants in New York City. The only chain I regularly go to is Golden Krust, where a Jamaican beef patty costs $2.07 — less than any meal on the Outback menu. But apparently Caribbean food can’t be working class, no matter how cheap it is, because it isn’t “mainstream,” by which Murray and PBS mean white.

Thanks to that caveat, I have to answer “no,” which is absurd. I grew up in a gentrifying neighborhood in Brooklyn. Our longtime next-door neighbors — a retired African-American couple, an electrician and a nurse’s aide — may not have gone to college, and many of the residents of the public housing project around the corner from our house probably didn’t either. But according to this quiz, my upbringing means I’m out of touch, whereas if my parents had chosen to live in a homogenous, white, middle-class suburb, that would make me a regular Joe Sixpack.

To arbitrarily rule out of one of the very few ways in which the educated and affluent live amongst the less educated and less affluent exposes the quiz for what it is: not a way to measure socioeconomic segregation, but a way for conservatives to needle the city-dwelling liberal intelligentsia.

In his book on white America, Murray used the Philadelphia neighborhood of Fishtown as a prime example of working-class white decay. But, ironically, Fishtown is increasingly attracting the young, creative, affluent, and highly educated, who peruse art galleries and sip craft brews. Gentrification is bringing these cosmopolitans into contact with the working-class white population that has dominated the neighborhood for decades. That’s creating just the kind of socioeconomically diverse neighborhood that Murray claims to want. We see the same thing in South Boston and the Greenpoint area of Brooklyn. This kind of integration is happening in cities, not the rural or suburban communities that Murray prefers. Instead of dismissing urban class integration, Murray and his fellow conservatives should embrace it.

The view of America propagated by this quiz is outdated and racist. Cities are filled with working-class people, mostly non-white, who usually don’t drive pickup trucks or kill wild fish or animals for sport. Many city dwellers, even wealthy ones, are far less insulated than suburbanites who shuttle in oversized automobiles from their McMansions to air-conditioned indoor malls. Humility is not actually demonstrated by driving a vehicle that gets less than 20 miles to the gallon.