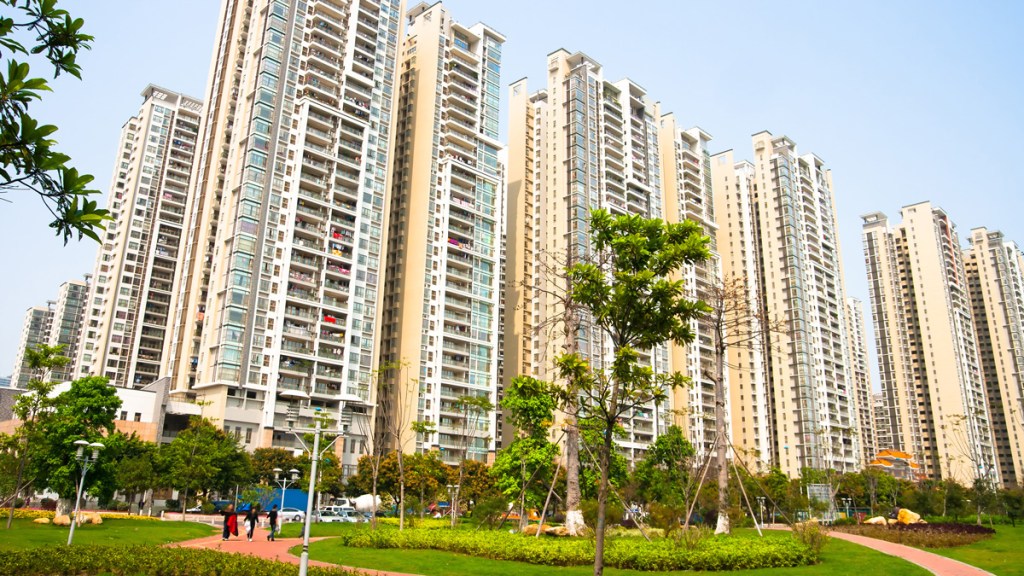 China is a country of contradictions borne of its current industrial boom. Walk around Beijing or Shanghai and you see traditional, tightly packed low-rise tenements across the street from gleaming high-rises and massive construction pits. Narrow alleyways feed into wide roadways lined with trees and bike lanes, yet they are often difficult to traverse on foot, thanks to parked cars blocking the sidewalks. China’s cities are crowded, congested, dirty, and the main roads are dangerous to cross, as cars and motorcycles turn without stopping for pedestrians.

Amidst this chaos, one island of cleanliness and order is the trains. Both Beijing and Shanghai have cheap, fast, brand-new subway systems. In contrast to the streets, signage is consistently and clearly provided in the Roman alphabet and often even in English. Walls block anyone from falling off the platform onto the tracks. The subway cars even have televisions playing commercials. And to get from Beijing to Shanghai, you can take a remarkably fast, smooth, high-speed train, which travels at 180 miles per hour.

This might lead you to believe that China is adopting an ecologically friendly, mass transit–oriented approach to urban development. The truth is more complicated. Ride into or out of China’s major cities and you will see mile upon mile of desolate sprawl. It’s especially illogical because it is not as if the reward is a private house with a yard. The development pattern is Le Corbusier’s “towers in a park” model on steroids. All you see is tall, identical residential towers on giant superblocks, far from the nearby city. Typically these housing developments are isolated from services such as shopping, hospitals, and schools. And they’re far past the perimeter of the subway system, connected to the main cities only by highway.

As Bloomberg News reports, this is all contributing to a lot of time wasted in cars, particulate pollution, and greenhouse emissions:

What the U.S. did in the 1950s with 160 million people, China is doing now with more than a billion — moving to suburbia. Unlike the U.S. postwar sprawl, which mixed houses with schools, supermarkets and diners, the new Chinese commuters have to drive back to the city, or even across town for basic services, boosting energy consumption and emissions that have made the nation’s cities some of the most polluted in the world. …

“If China doesn’t do the right thing now it will be locked into an inefficient infrastructure that leads to more congestion and more pollution,” said Shobhakar Dhakal, former executive director of the Global Carbon Project, an international scientific program hosted by the National Institute for Environmental Studies in Japan. “There’s an urgent need for the government to provide incentives for urban growth to follow a more efficient path.”

With Chinese migrants pouring into cities from the countryside every day, China must adopt a transit-oriented, mixed-use approach to planning if it is to reduce auto dependence and the rate of increase in CO2 emissions. Bloomberg reports, “Building compact cities around mass transit systems that balance commercial and residential areas would slash reliance on cars, preventing as much as 800 million tons of carbon dioxide in total from spewing into the atmosphere by 2030, more than emitted by Germany in 2011.”

And there is reason for hope. New Urbanist architect Peter Calthorpe has been retained to design a suburb of Chenggong. And Chinese Premier Li Keqiang announced in March that China will adopt a “new type of urbanization” that will be more oriented toward human scale and green design. Whether that actually happens will have major implications for climate change.