LeBron James heads back to Ohio, and perhaps his greatest challenge yet 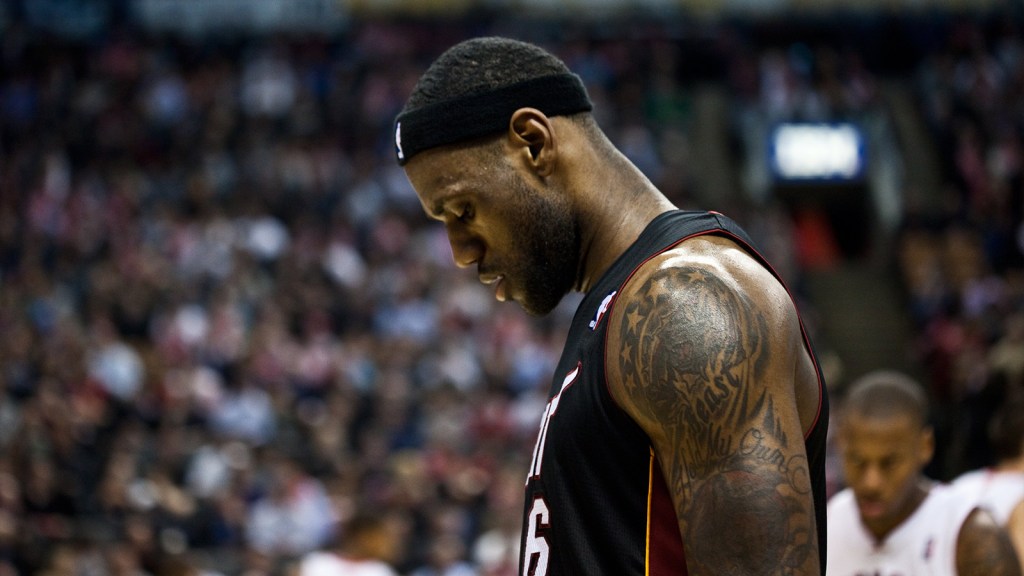 LeBron James heads back to Ohio, and perhaps his greatest challenge yet

LeBron James broke the news today that he is returning to the Cleveland Cavaliers, the NBA team of his home state that he bolted from in 2010 to join the Miami Heat. His homecoming announcement in Sports Illustrated sends a message that his return is less about bringing the state an NBA championship, and more about creating a better future for the children of Ohio, particularly those of his home city, Akron. Says James:

But this is not about the roster or the organization. I feel my calling here goes above basketball. I have a responsibility to lead, in more ways than one, and I take that very seriously. My presence can make a difference in Miami, but I think it can mean more where I’m from. I want kids in Northeast Ohio, like the hundreds of Akron third-graders I sponsor through my foundation, to realize that there’s no better place to grow up. Maybe some of them will come home after college and start a family or open a business. That would make me smile. Our community, which has struggled so much, needs all the talent it can get.

It sounds like James is growing less concerned with trophies, and more concerned with quality of life — and that’s applaudable. It not only shows leadership, but also signals a mature understanding about economy that broadens the definition of “winning” from one focused purely on franchise.

There is plenty of disenfranchisement to go around in Ohio right now, especially in the voting world. But communities get disenfranchised in many ways, and the cities of Cleveland and Akron are unfortunate examples of this. Contrary to James’ statement, there are better places to grow up.

In a phone call today, Caitlin Johnson, an organizer for the Ohio Organizing Collaborative, detailed some of the problems in Northeast Ohio. The situation there is grim, unfortunately, and a lot of that has to do with the poor air quality there.

The counties where Akron and Cleveland sit have long been out of compliance with National Ambient Air Quality standards for ground-level ozone and fine particulate matter. Both of these harmful emissions from power plants and industrial facilities lead to asthma and also reproductive problems in pregnant mothers. So it’s not surprising that  Akron happens to have one of the highest infant mortality rates in the country, with black families suffering the worst. From Akron.com:

According to the Ohio Collaborative to Prevent Infant Mortality, Ohio is ranked 11th in the nation in terms of having the worst infant mortality rate (IMR), which is defined as the number of live-born babies who die within their first year per thousand births. Ohio’s IMR, from 2010 statistics, is 7.7, while the national rate is 6.14. …

Chief among the concerns of health officials is the disparity in rates when race is considered. … The IMR for non-Hispanic blacks in Summit County is 14.0, while it’s 5.7 for non-Hispanic whites.

“The racial factor is quite alarming,” said County Councilwoman Tamela Lee (D-District 5), of West Akron. “The African-American rate is more than double. In the central area of the county, in Akron, is the highest incidence of infant mortality, and that happens to be where we have the poorest and largest concentration of minority residents.”

Ohio began making moves to help clear up the foul air clouding these Rust Belt areas in 2008. The legislature passed a law that year mandating the state purchase 12.5 percent of its energy from renewable sources like solar and wind. That policy was supposed to kick in this year, but Republicans just passed a law, SB 310, that freezes it from happening for another three years. According to Eco Watch, this makes Ohio the first state to roll back its renewable energy mandate.

The freeze happened as a result of heavy lobbying from Akron-based the fossil-fuel-energy giant First Energy. This is the company that put up $120 million for the NFL’s Cleveland Browns stadium. The energy company has also ponied up to woo state legislators into banking on natural gas, as opposed to wind and solar energy, setting off a wave of fracking operations across the state.

“They are certainly one of the most powerful corporations in Ohio,” Johnson told me, “and they have poured a lot of money and ads into this. They were the driving force behind dismantling Ohio’s modest, really, renewable energy portfolio.”

The jury is still out on the health risks and dangers of fracking — in Ohio’s neighboring state of Pennsylvania, health officials recently said they were forbidden from talking about the dangers. The reported water contamination from fracking operations, as shown in documentaries like Gasland, don’t seem to be a good formula for counties where babies are dying prematurely in large numbers.

This is the Ohio James is returning to, which is not much better off than the one he left in 2010. When James says the community “has struggled so much,” I hope he understands some of this and will be in a position to create somewhat brighter futures for the children there.