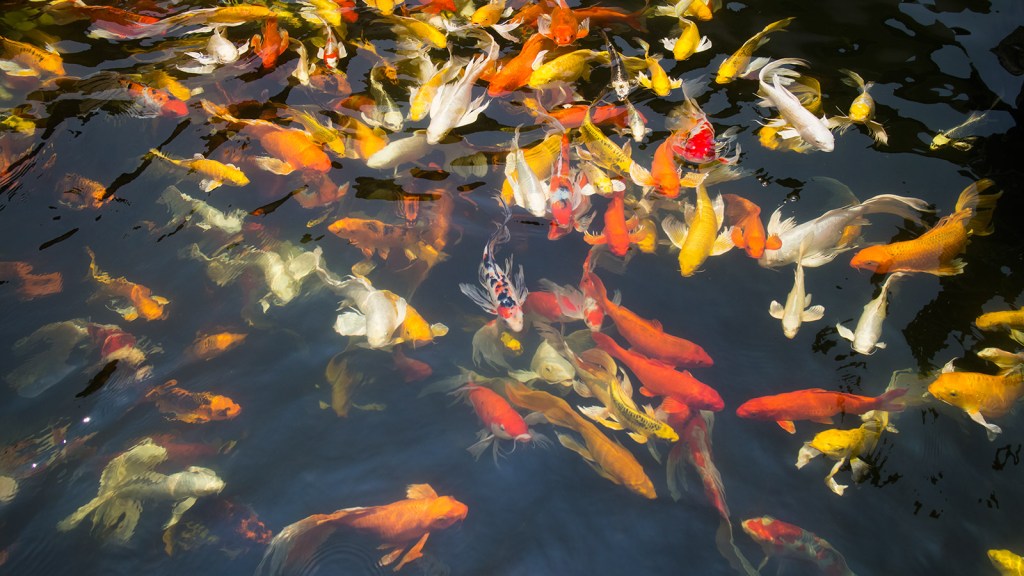 American malls have been invaded by just about everything — from Santas to zombies to the fitness-crazed elderly. But this? This is new. When the abandoned New World Mall in Bang Lamphu, Thailand, flooded and became a breeding ground for mosquitos, neighbors had a solution: Fill it with carp.

Supoj Wancharoen with the Bangkok Post has more on this fishy tale:

The history of the fish pond dates back to 1994 when the Supreme Court ordered the demolition of the seven-storey extension of the 11-storey New World. The judges uncovered the fact that the store operators originally asked for permission from the Bangkok Metropolitan Administration (BMA) to construct a four-storey building.

The seven floors illegally added to New World were then demolished by the BMA. The work left a four-storey structure, with no roof or covering. Over the years … rain turned the waterlogged ground floor into a 500-square-metre pond.

The mostly stagnant pond became a breeding ground for mosquitoes. To fight that dangerous and annoying development, nearby residents bought fish of assorted species to eat the mosquitoes and larvae.

“The fish only came in around 2003-2004 after people around here were affected by the mosquito problems from the water-logging inside the New World building,” said Sommai Chuanpak, who owns a coffee stand in front of the mall.

“We even bought carp and raised them. At first there were not many, but the number grew after several years.”

The Verge has some amazing photos of the fish mall here.

The giant indoor malls that dot so much of the American landscape are falling out of favor and into decay, and what to do with them has become a hot topic, so let’s get to brainstorming! Some have suggested some “practical” uses, but I think these fish mall folks are on to something.

Does your city have an alpaca overpopulation problem? Send them to the mall! Your streets aren’t safe what with all of the illegal street racing? To the mall! If she needs a job, maybe we could make Sarah Palin the mayor of an abandoned Hickory Farms store. How much damage could she do?

Have more mall reclamation ideas? Post them below. Bonus points for quality photoshopping.