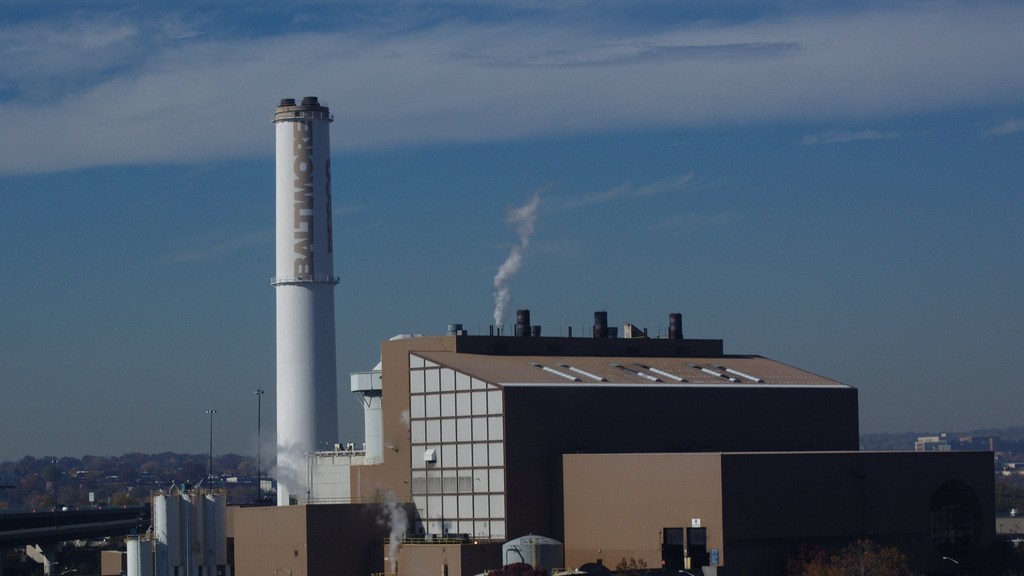 It’s bad enough that someone thought it was a good idea to build a trash incinerator in one of the most air-polluted areas in Baltimore. But the New York-based company Energy Answers also wants to burn garbage near two schools, including an elementary — and the state of Maryland seems poised to let it happen.

Here’s the dirty truth: Despite landmark reports about the dangers of placing facilities that pollute the air near schools, most notably USA Today’s 2008 series, “The Smokestack Effect,” companies are still allowed to blast asthma- and cancer-causing agents where kids with developing lungs gather to develop their brains.

If built, the Fairfield Renewable Energy Power Plant will join a growing company of waste-flaring facilities in the state, including the Wheelabrator incinerator in southwest Baltimore (pictured above), which coats its surroundings in a smog of particulate matter that’s thickened by the traffic of Interstate 95 and the BWI Parkway it towers above, and another newly proposed incinerator in Frederick County.

The Fairfield incinerator will convert trash into energy to the tune of 160-megawatts in the southeast Baltimore neighborhood of Curtis Bay. This specific zip code was ranked in 2009 as the second worst area in the nation for toxic air emissions, and today has the dubious honor of having the worst air quality in Maryland, according to a report [PDF] from the D.C.-based nonprofit Environmental Integrity Project. Nonetheless, the state’s Public Service Commission approved the plant in 2010, green-lighting a facility that will not only pump out mercury and lead, but would also produce more greenhouse gases per hour of energy than many of the state’s coal-fired plants, according to the report.

Less than a mile away from the incinerator’s proposed site, students from kindergarten to fifth grade attend classes and frolic at recess at Curtis Bay Elementary School. Older students attend classes at Ben Franklin High School, also within a mile. In 2008, when The Smokestack Effect was published, Curtis Bay ranked among the 15th percentile of schools in the nation with the worst air, suffering from the cumulative pollution burdens of nearby chemical plants such as Grace Davison, which has polluted the bay since the early 1800s [PDF], and the steel mills at Sparrow’s Point.

And this really isn’t the time to be playing around with Baltimore children’s health. Just two years into the city’s Healthy Baltimore 2015 plan to improve health indicators among residents, officials are finding “a drastic increase” in ER visits for asthma, diabetes, and hypertension — with racial disparities among these diseases also worsening.

I’ve seen this story before. It didn’t end well. In Harrisburg, Pa., the city where I grew up, longtime Mayor Stephen Reed basically bet the city’s life on a similar incinerator project. The facility was so problematic, the EPA shut it down. A company called Barlow hustled Harrisburg into reopening it, saying they could control emissions and provide jobs, much like Energy Answers [PDF]. Of course, it didn’t, and now Harrisburg is basically bankrupt, mostly because of the incinerator gamble. (I told this story in more detail in a piece for Gawker earlier this year.)

Next Tuesday, Dec. 10, on Human Rights Day, students from the affected schools in Baltimore plan to march to the incinerator site, along with neighborhood residents, environmental groups, and the human rights organization United Workers. The students created a video (below) about the risks and hazards of having trash burned close to their schools and are calling on Gov. Martin O’Malley — who’s usually credited with being one of the greener governors in the nation — to cancel the company’s permits.

My hometown, Pennsylvania’s capital, is a 90-minute drive from Baltimore. O’Malley, who’s planning a run for president in 2016, might want to drive over and talk with them about how their trash-burning scheme went up in smoke.