These Latina activists have novel approaches in the fight against gentrification 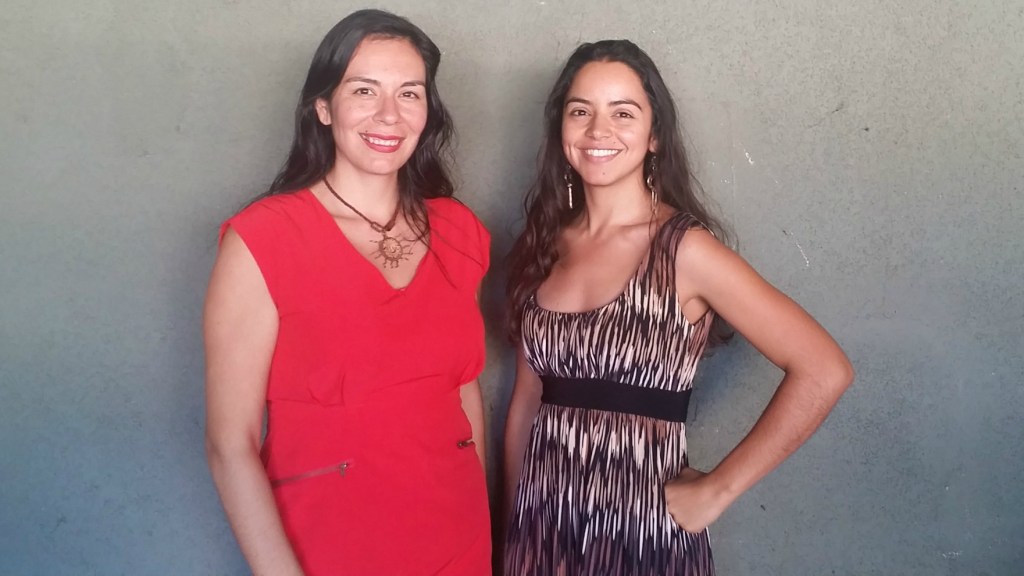 These Latina activists have novel approaches in the fight against gentrification

Santa Ana, Calif., is a bit of an anomaly in affluent, white Orange County. According to the most recent census data, 80 percent of the population is Latino — and nearly half of all residents are foreign-born, most often in Mexico. It’s more likely that you’ll hear people speaking in Spanish than in English in the streets, shops, schools, churches, and homes. Santaneros (as people there sometimes refer to themselves) — one in five of whom live below the poverty line — are proud of where they’re from.

But as developers and investors try to cash in on that existing Latino market while trying to attract a new one, Santa Ana has come under pressure. There’s a concerted effort to gentrify the city that’s being countered by activists and organizers — people like Ana Urzua, 28, and Melody Gonzalez, 32, who are campaign coordinators with Santa Ana Building Healthy Communities. Urzua and Gonzalez are intent on keeping Santa Ana a welcoming place for the residents that made it so attractive to begin with. They’re also up against tough, well-resourced opponents. Changes are already well underway: Many of the downtown’s shops have changed hands, and apartment renters worry about rising rents as those who can afford to pay more move in.

Part of what’s familiar but nevertheless remarkable about Santa Ana’s burgeoning gentrification is that outsiders are often attracted to it because of its Mexican-ness — but that most salient feature is some of what’s most at risk as the city is being reshaped by political and business interests. And, in Santa Ana’s case, it’s not only white folks who are moving in; the city’s seen new, often wealthier Latinos from other cities arrive to take part in the change.

The city leadership is avidly courting business, something that some locals denounce as working against the interest of existing residents. Just last week, at a development booster event touted as a conference, business developer Mike Harrah told City Planner Hassan Haghani that he wanted “a short line at City Hall, no permit fees, and no construction fees!” Haghani, who an hour before had told the crowd he was staunchly pro-development, smiled brightly while nodding his head.

Even when activists win a round, the city can reverse their gains. In 2011, affordable housing advocates fought for an ordinance that required developers to preserve 15 percent of new units for low-income residents. But just last month, the city council rescinded the measure for a variety of alternatives — among the new options is the choice for new developers to simply pay the city a fee, which Santa Ana promises will go to create future low-income housing projects. Those developers seeking to convert existing residential buildings will no longer have to set any housing aside for low-income residents.

Anyone who has tried will tell you that fighting gentrification is an uphill battle with few rewards. There’s no set formula that staves off imminent change when money’s at stake in a given neighborhood. But that also leaves the field pretty wide open for new ways of thinking about communities, and about how to not only preserve what’s already there, but to improve access to resources.

That’s where Urzua and Gonzalez come in. Urzua, who is originally from Mexico but has deep roots in Santa Ana through her work with a cultural center there, focuses on wellness; Gonzalez, who was born and raised in Santa Ana, works on restorative justice. I recently talked with them about how they’re organizing to respond to their city’s changes.

Q. Different racial and ethnic groups have different understandings of what wellness means. What does it mean for Latinos in Santa Ana — where the city council approved a wellness resolution?

A. AU: There are so many ways to describe health and wellness. It’s important to remember that it’s not just the absence of disease. In addition to having good mental and physical health, we know that environment, housing, economic opportunities, and education levels also contribute to a healthy individual. Our work also looks at the sense of community, interconnection, and belonging, which also contribute to wellness. We had some compañeros do some research in what attracts Mexicanos and Latinos to the downtown area — and people said that it was the sense of being able to spend time with their families and being able to walk around. Wellness is our culture, it’s our ability to be who we are, and to be recognized for that, and to be able to live a dignified life. And that’s all necessary to have healthy individuals and healthy families.

Q. You want to see the wellness resolution translated into a wellness district in downtown. What would that look like?

A. AU: Families in Santa Ana already make a lot of their wellness purchases, like personal products and groceries, there, and we want to see it expand. The city approved a resolution that supports the creation of an urban micro-farm that would be worked, operated, and eventually owned by neighborhood residents that work and grow food on the land. The resolution currently reads that it would be a long-term lease agreement with a nonprofit as an incubator to a worker-run cooperative micro-farm. The city also agreed to support the creation of a mercadito, which would be a Latino-style market where artisans could sell their crafts and families could sell foods like tamales and regional food products like mole and chocolate. It would be a venue for community events where people can feel like they can relate and identify.

Q. Something that makes Santa Ana really unique is that the city has begun to embrace restorative justice. How did that even come to be here?

A. MG: When the city was first redoing its strategic plan a couple of years ago, it wasn’t inclusive — so Santa Ana Building Healthy Communities, local residents, and other community groups came together around changing that process. We took it into our own hands and made sure that the community was well represented in the city plan. At the same time, California’s Local Control Funding Formula (LCFF), which allocates resources for school districts with English language learners, foster children, and economically disadvantaged children, was also underway. The school district met all of LCFF’s criteria and received funds as a result, and we advocated around school climate, and parent and youth engagement — with restorative justice as a strategy to address these priorities. Between the strategic plan and the school district, it made natural sense to recommend a big paradigm shift not only at the school level but also at a broader, city level.

Q. And what does restorative justice even have to do with gentrification?

So when we’re thinking about equity and gentrification, we see how a punitive system doesn’t just apply to discipline in schools or the judicial and prison system: We also see it in the planning of a city. Certain people get excluded, just because they don’t know how to play by the rules that have been established by certain people in power. You’re then excluded without anyone even looking at you, at your story, or at who you are. We’re looking to uplift people who’ve been historically oppressed, including those who’ve been marginalized by city planners. We’re all about relationships and nurturing relationships, including the relationships between people and the neighborhood they have roots in.

Q. You’re taking about really big ideas that come with a lot of big challenges. What do you think your biggest challenges are for you this coming year?

A. AU: Things move so fast — and the challenges are so well-funded. I’m concerned that we’re still lacking an acknowledgment of how these processes of gentrification advantage some families at the cost of displacing, dividing, and disadvantaging other families. There’s still an idea that bringing in investment will somehow trickle down to those who need it the most. There’s no recognition of whole families that are already living in bedrooms without kitchens or bathrooms, while the city’s making it easier for developers to come in and shape our city.

MG: One of our biggest challenges is that there is so much to do — including victories we’ve won, but still need to see through, to implement, to monitor. Otherwise, our work gets undermined. Santa Ana’s strategic plan has a lot of great strategies in there, but unless we continue to do the work to make sure that it all happens, it’s not going to happen on its own. It’s a question of capacity. Even when we win, it’s still difficult, because the needs are so great.