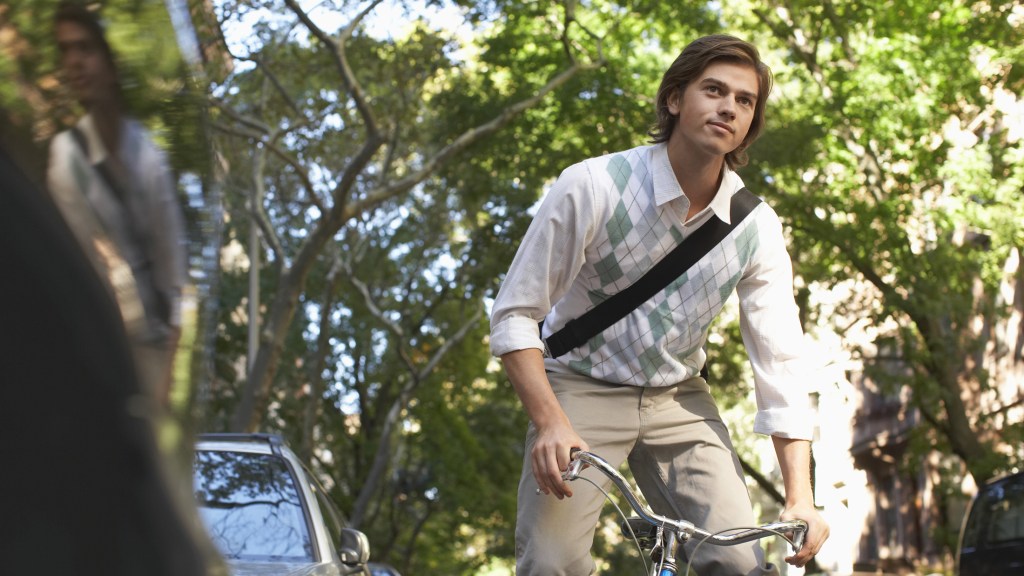 The signs of an American shift away from driving have been so well-reported as to amount to a new conventional wisdom — declining vehicle miles traveled, increasing mass transit use, the trendiness of biking. Jeffrey Ball of The New Republic examines whether the leaders of this supposed cultural movement, the millennial generation, really are affirmatively choosing not to drive. Could it be instead that most of them are merely avoiding the cost of driving? During the last decade in which driving has plateaued, gas prices have risen and the economy has been weak.

Ball is compelling in marshalling evidence that, except for a relatively small number of educated professionals choosing to live car-free in big cities, the decline in driving reflects economic constraints, not personal preferences. Here are his two concluding paragraphs:

According to data from the Federal Highway Administration, “zero-vehicle households” encompass two Americas, one unusually rich and one unusually poor. Roughly 4% of those households earn more than $80,000 annually, a wealthy group concentrated in and around New York. Yet 70% of U.S. zero-vehicle households earn less than $30,000 per year. It’s a spread, in other words, much like many others in certain coastal American cities: Some well-off and often-child-free folks up top, some struggling folks at the bottom, and not many in between.

Things may well be changing in the land of the Mustang and the Explorer. But for now, most carless households in the U.S. remain what they’ve long been: carless by economic necessity rather than by choice.

Ball suggests higher up in the piece that such a conclusion is bad news for urbanists and environmentalists, who are hoping America’s love affair with the gas guzzler has ended. “[I]t may be … an economically-driven, and thus ephemeral, shift,” Ball writes. He implies that millennials will start driving more as they move up the income ladder.

While his basic analysis is strong, it could lead to a different conclusion, one much more encouraging to environmentalists.

The whole discussion of transportation has presumed too much that cultural preferences are what determine behavior. But if people are opting out of driving for economic reasons now, then economic forces might also dissuade them from driving in the future. Nor are cultural and economic motivations mutually exclusive. If you’re inclined to drive but not that strongly, you will more readily switch away from driving if costs rise or alternatives improve. As Bloomberg recently reported, “Young people are three times more likely than older generations to abandon their vehicle if costs increase, according to Deloitte’s 2014 Global Automotive Consumer Study.” Transportation is fundamentally about getting somewhere as quickly, cheaply, and easily as possible. With the right incentives, people will choose not to drive.

Ball notes that many millennials who go carless live in a handful of mostly coastal cities. Read one way, this shows that it is not a widespread phenomenon. Read another, it proves that transportation preferences are malleable. Most of those millennials grew up in car-dependent suburbs. They stopped driving when they moved to cities because they now live somewhere denser, with fewer incentives to drive and better alternatives. Offer that same deal to Americans in other places, especially the poor, and many of them would gladly take it.

Indeed, many of the rich might take it too. Ball mentions the New York City metro area as accounting for a very disproportionate share of affluent car-free households. That isn’t because everyone who moves to New York suddenly decides they hate driving any more than it means ex-New Yorkers discover they love it upon moving to L.A.

New Yorkers avoid driving because of the incentive structure. Density makes driving less appealing, as it causes traffic and makes parking a hassle. Meanwhile it makes not driving more feasible, as it means more businesses and friends are within walking distance. Mass transit, of course, is the other essential component.

There’s a social justice imperative here too. The many poor Americans who are carless by necessity, not by choice, need mobility. With gas prices on a long-term upwards trajectory, the economically logical and just solution is to build mass transit, link it to developments of affordable housing, and incentivize dense, walkable, mixed-use communities instead of suburban sprawl.

Currently, instead of investing in the physical mobility of the poor (which is also linked to their economic mobility), we subsidize driving through perverse policies like free parking on public streets and mandates to provide parking at private homes and businesses. The main beneficiaries of these policies are the middle class and wealthy.

Ball notes that one cause of the drop in vehicle miles traveled is that the Baby Boomers are aging out of their peak driving years. Instead of seeing that as a discouraging sign for urbanists — that driving will simply vary with demographic waves — it should be seen as another imperative. America has an aging population, and many older people cannot drive anymore because of physical limitations. Giving the elderly and disabled more freedom to travel independently is as important for a just society as providing mass transit for the poor. And with those options available, you will see fewer people driving beyond when it is safe.

Ball suggests that if the shift in public preference away from driving ends up being permanent, it will dictate different priorities in how the U.S. spends its transportation dollars. But those priorities need changing regardless.