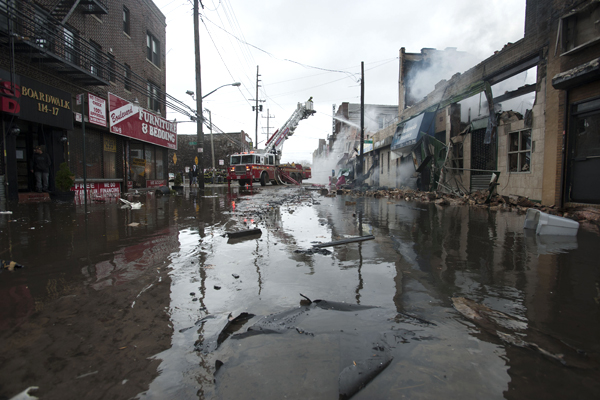 With yet another hurricane roaring up the coast, Ned Berke was determined to keep a cool head. The publisher of a small, online news startup in South Brooklyn called Sheepshead Bites, he had seen this routine before: A storm whips up and the media circus begins. Just the summer before, then-Mayor Mike Bloomberg had ordered hundreds of thousands of city residents to evacuate in the face of an approaching hurricane, but while the storm gave the city a good soaking, little damage was done.

“Our approach was, we’re not going to go all alarmist like the rest of the media,” Berke says, thinking back to Hurricane Sandy’s approach in late October, 2012. He created a resource page where locals could find information on how to prepare, notices from the city, a storm-related Twitter feed, and a live video of the nearby bay. But the general message to his readers was, don’t freak: “Take care of yourself. Don’t be an idiot.”

Berke was so ensconced in his website, which serves a portion of Brooklyn often ignored by other city media, that he didn’t bother to prepare himself. By the time his girlfriend decided it was time to go to the store to buy emergency supplies, all that was left on the shelves was a tiny pink flashlight, a scented candle, and a bottle of Gatorade.

“I did not take the storm seriously like I was telling everyone else to do,” Berke says.

Not too smart, perhaps, but the result was that Berke got a front-row seat to Sandy’s trouncing of south Brooklyn — a vantage that he used to report (first via his computer, and later, when the electricity and wi-fi went out, by dictating stories to a friend until his cellphone battery died) on the damage done to his community, and later, on the long, slow cleanup process.

Berke is among a breed of small-time media entrepreneurs who are working mightily to fill the void left by shriveling urban newspapers and local TV news outlets. I wrote about these people recently in a feature story for Next City — the latest chapter in an ongoing tale about the changing media landscapes in urban America. Here’s the nut:

In the past six years, since the Great Recession blew another hole in the hull of foundering urban news outlets, American journalists have patched together a ragtag fleet of lifeboats and makeshift rafts, platforms where they can do the work critical to upholding local democracy. A recent survey by the Pew Research Center’s Journalism Project found 438 small digital news organizations nationwide, fully 85 percent of which have popped up since 2005. (Pew did not count citizen bloggers.) A majority of these had three staffers or less, many of them refugees from legacy news outlets. More than half said they focus on local or hyperlocal news, while 45 specialize in investigative journalism. The implications for cities are profound.

And never more so than before, during, and after natural (and not-so-natural) disasters.

“Later that night on TV, I heard Brian Lehrer on CBS or whatever, saying, ‘Things are a little wet down here,’” says Berke, thinking back to Sandy. “Entire neighborhoods had been taken out, but nobody knew that.”

As the storm raged, people began calling Berke for help and information. One woman had been on the phone with family members in the area. “Their house was flooded, their neighbors’ houses were on fire, they were stranded on the roof. They couldn’t get through to 9-1-1,” Berke says. “I tried to comfort her, but there was nothing I could do.”

The day after the storm, Berke found a place to set up shop, and set to work. With help from his readers, he created photo tours of the area, and organized information from the various government agencies involved in the relief efforts. The site became a buzzing information exchange, as commenters helped people contact loved ones and coordinate volunteer efforts.

Berke did eventually get to tell some in-depth stories, after the floodwaters had receded. “It became important to find positive stories. People were walking around here like zombies. I was one of them,” he says. “We had to do what we could to reunite people.”

But it was during the storm and its immediate aftermath that the power of community journalism — and the community ties it can strengthen — was really on display.

My friend Sarah Goodyear has written about the importance of these ties during and after disasters. Here’s a snippet from a story she wrote for the website-formerly-known-as-The-Atlantic-Cities:

As cities prepare for climate change in earnest, they’re going to need to harden infrastructure, change building patterns, and overhaul government emergency procedures. But they’re also going to have to put a greater value on the human connections that can be found in walkable neighborhoods where people know each other and support local businesses. It’s not just about quality of life. It’s about survival.

Local news sites can be a powerful catalyst for this sort of social cohesion. And don’t underestimate the power of a good community watchdog after the disaster has passed.

Another site that I featured in my story, The Lens, broke a major story about government corruption surrounding programs designed to rehab or demolish houses damaged in Hurricane Katrina. That storm also wiped out what was left of New Orleans’ school system, and The Lens has since played a key role in covering the network of charter schools that now serve the city’s kids, using a corps of freelance writers.

But that service, and many of these small news sites, are at risk of being blown away themselves. Ad revenue tends to be paltry, foundations can be fickle with their funding, and few of these sites have built the kind of following that would sustain a reader-funded, public-radio-style model. I spoke with perhaps a dozen publishers around the country, and almost every one said he or she was struggling to pay the bills.

“Most people think that media is like water: You turn on the tap and it comes out,” Susan Mernit, editor-publisher at Oakland Local, told me. “But quality journalism requires support and investment.”

There’s been much hand-wringing over the past decade about what the future of journalism will look like. The answer, simply, is that it will look like a lot of things. Daily newspapers, city magazines, alt weeklies, and blogs will continue to make their contributions, although in different ways, and on different scales than in the past. And this new class of small-scale news sites will be important players, too — if we can find a way to sustain them.

My suggestion: Spend a little time ferreting out the best local news startup in your city, then buy an ad or make a donation. (Michele McLellan, a “circuit rider” for the Knight Community Information Challenge, has created a catalog called Michele’s List that includes more than 200 news startups nationwide.) These people are doing heroic work. And when the shit hits the fan, you’ll be glad to have them around. 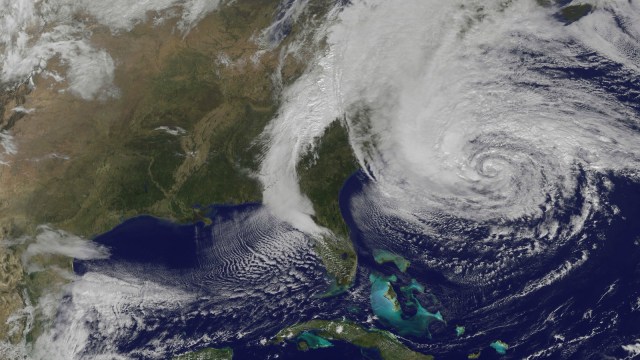 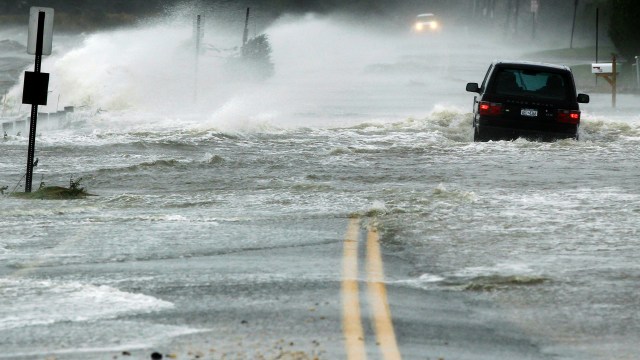 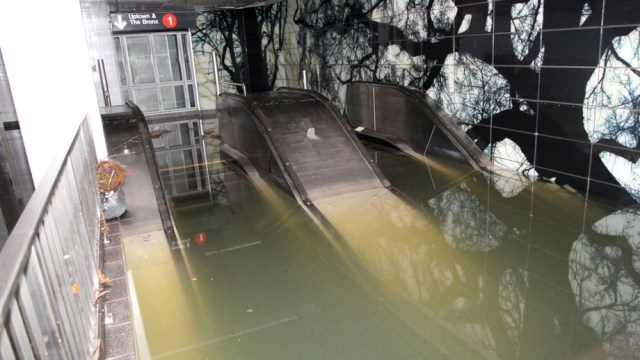 Hurricane Sandy was just a taste of what's to come. Now you can get a look at the full meal deal, thanks to a super cool new mapping tool.
See all articles in this series