Alaska just can’t seem to shake the fever it has been running. This spring was easily the hottest the state has ever recorded and it contributed to a year-to-date temperature that is more than 10 degrees F (5.5 degrees C) above average, according to data released Wednesday by the National Oceanic and Atmospheric Administration. 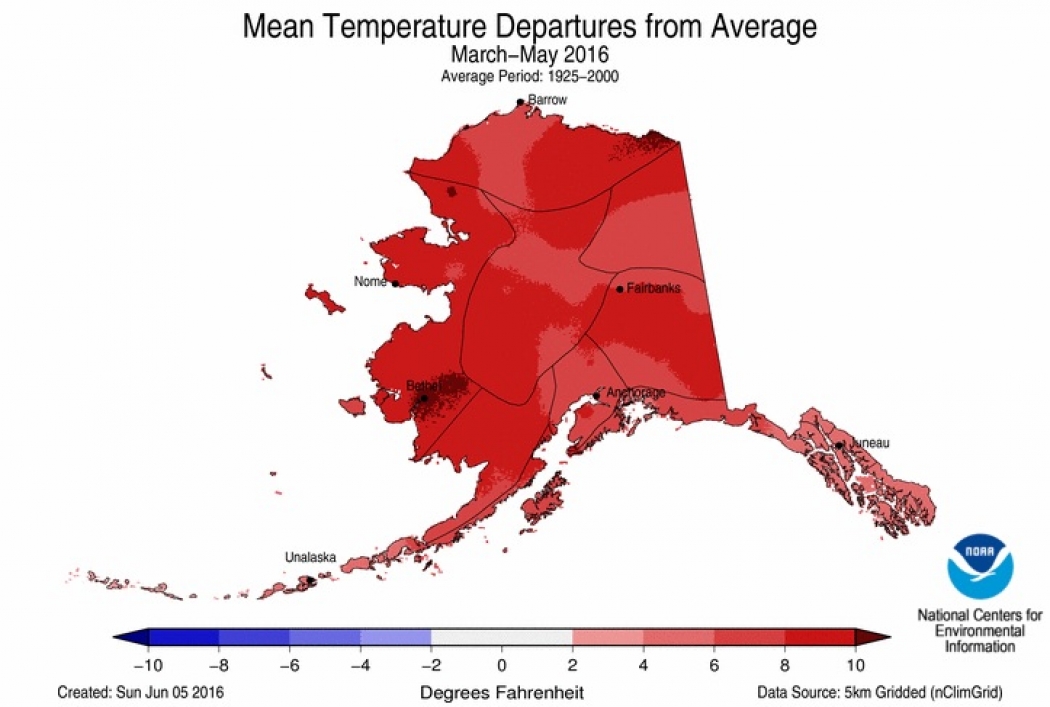 How much spring temperatures differed from average in Alaska.NOAA

The Lower 48, meanwhile, had its warmest spring since the record-breaking scorcher of 2012.

While May as a whole was only slightly above average — thanks in part to whiplashing weather from the beginning of the month to the end — every state in the contiguous United States had warmer-than-normal temperatures for the spring as a whole.

The main area of relative cool in May was in the Central and Southern plains, where considerable rains fell during the month. Storm systems generally tend to drag in cooler air and cloudy days help to keep a lid on temperatures.

“In addition, when soils are waterlogged it prevents afternoon temperatures from rising as high as they would if soils were dry,” Deke Arndt, chief of the monitoring branch of NOAA’s National Centers for Environmental Information, said in an email.

The contiguous United States is having its fourth warmest year-to-date; May’s milder weather brought that trend down a bit from April when 2016 was in the No. 2 slot.

The clear standout of above-average temperatures for the Lower 48 — both in May and spring as a whole — was the coastal Pacific Northwest. Seattle had its fourth-hottest May and several spots in Washington, including Seattle-Tacoma Airport, were having their hottest year-to-date.

Alaska, for first time in modern records, had a spring average temperature of 32 degrees F (0 degrees C) — that may sound cold, but warmth is a relative term. That temperature handily beat the previous record hot spring of 1998 by 2 degrees F (1 degrees C), according to NOAA.

Several spots in Alaska, including Anchorage, Fairbanks, and Juneau, recorded their hottest springs. Several others, including Barrow, the northernmost city in the United States, had their second-warmest spring. 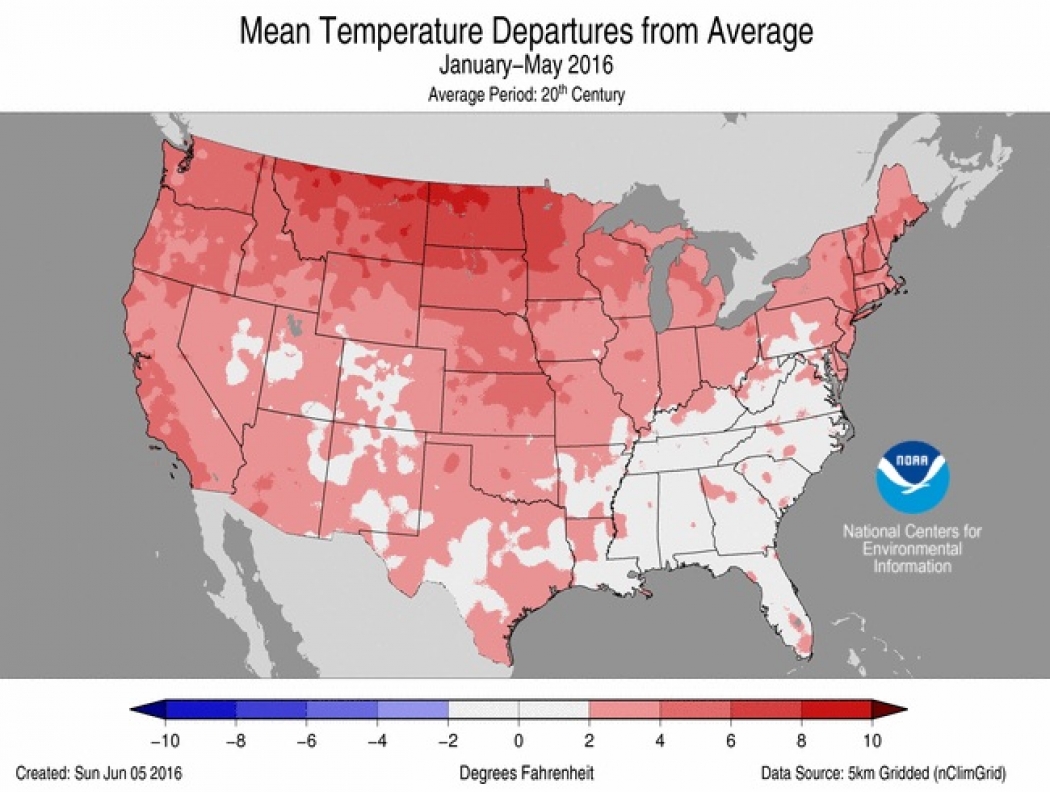 Rick Thoman, climate science and services manager for the NWS’s Alaska region, said that several factors had converged to keep Alaska so relatively toasty, including persistent high pressure systems over the region and warm waters off the coast. Early snowmelt has also exacerbated the spring heat.

The effects of the elevated temperatures are readily apparent, Thoman said, with berries ripening weeks earlier than usual, very early “last frosts”, and an early start to construction projects.

Temperatures in Alaska have also steadily risen — like the planet as a whole, and the Arctic in particular — thanks to the excess heat trapped by human emissions of greenhouse gases. There is a 99 percent chance that 2016 will be the hottest year on record globally, mainly due to that excess heat.

NOAA forecasters expect the odds this summer to continue to favor above-average temperatures across Alaska, and there’s a good chance that 2016 as a whole could be record-hot for the state as well. But that depends on how the rest of the year plays out.

“Certainly, the combination of five months already in the books and the outlook for continued warmth raises the chances for the warmest year on record,” Arndt said. “But it would just take one or two really cold months to change the scenario from ‘warmest year’ to ‘one of the warmest years.’ ”

Stop showering so damn much