#AskChevron: The hashtag that roared (and paid) 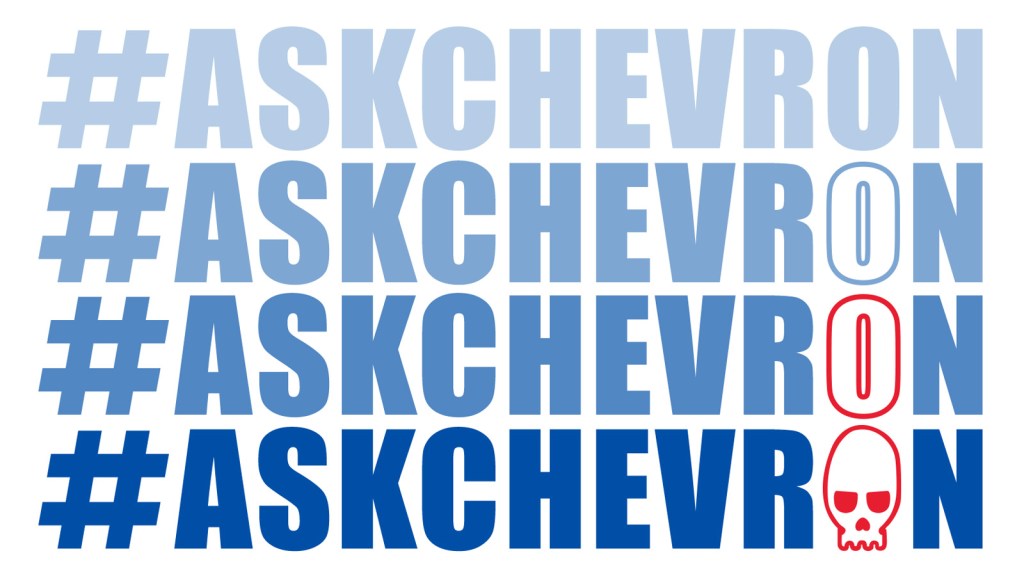 #AskChevron: The hashtag that roared (and paid)

In the days when I was a local news reporter, I used to get a lot of press releases about protests. As sure as rain could be relied on to fall in a downward direction, there would always be a protest going on somewhere in the city. And that was because, as long as you had a group of you — whether you were teenagers trying to get the city to pony up for youth bus passes, or nurses in sensible clogs objecting to a hospital closure — and a fixed time that you were all gathered together in public, the odds were pretty good that at least someone would show up, take a photo of you waving your sign around, and jot down a few quotes about your grievances.

The runaway Twitter hashtag is, in many ways, the new protest — this week’s #yesallwomen tidal wave stands as a representative case. By spreading a single hashtag, the actions of just a few people (or even one person) have pulled together huge crowds of allies and gotten the sort of media attention that, arguably, no in-person protest has seen since the days of the Occupy movement. All that, and no getting pepper-sprayed in the face.

Which brings us to #AskChevron, a recent addition to the genre. In the last few months, people who are not especially fond of JPMorgan Chase or the NYPD have turned hashtags promoted by those organizations — #AskJPM and #myNYPD — into discourses on their failings. This technique is part of a set of practices — like, say, opening a fake Twitter account in the guise of a corporation you don’t approve of — that have come to be known as brandjacking.

So when, on the morning of Weds., May 28, the phrase #AskChevron appeared in the “trending” section of Twitter, the reaction, at first, was astonishment. Could Chevron be that naive?

Nope. The hashtag didn’t come from Chevron. It had been invented by a group called Toxic Effect, which paid Twitter to list it as trending on the day of Chevron’s shareholder meeting, rather than try to make it go viral themselves. Casual exploration makes it difficult to figure out who exactly Toxic Effect is — look up the domain name and all you’ll find is that it is registered anonymously in Panama — but the group seems to have some deep pockets.

A promoted trend doesn’t come cheap. As of last year, it cost $200,000 a day, nearly four times the $53,800 it cost a group of activists to take out a full-page ad in The New York Times last year criticizing the Erdoğan administration in Turkey. (Interestingly enough, the group made savvy use of Twitter to direct donations to the Indiegogo campaign that paid for the newspaper ad.)

It makes sense that, as social discourse has moved away from public spaces and newspapers to the internet, protest is also shifting. As the sociologist Zeynep Tufekci wrote, it’s all about where you’re going to get the most attention:

Attention is a key resource for social movements. Attention is the means through which a social movement can introduce and fight for its preferred framing, convince broader publics of its cause, recruit new members, attempt to neutralize opposition framing, access solidarity, and mobilize its own adherents. Gaining attention may not guarantee desired outcomes, and attention itself may introduce other threats to movement goals; however, lack of attention is likely to smother a movement. It is thus not surprising that social movement actors devote a great deal of strategic efforts to obtaining and sustaining attention.

And, indeed, #AskChevron went viral. The people of Twitter rallied and sent off a barrage of messages (almost 9,000 of them) criticizing the company for its record of environmental pollution — specifically in Ecuador, but also in far-flung locations like Richmond, Calif. Mixed in was the usual hashtag spam, a few plaintive requests to lower gas prices, and dumb jokes (“Where do babies come from?” and “Why did you kill Maya Angelou?”) While it didn’t get nearly the media coverage that #AskJPM and #myNYPD got, it did get some.

Well then, where is this going? Twitter may be a semi-public social space, but it’s also a company that has, since 2010, been trying to make itself, and its shareholders, some money, partly through selling its analytics, but also through advertising. “Exposure to promoted trends,” writes Twitter in its advertising section, “turns Twitter users into brand advocates” — but that’s definitely not what happened in this case.

Carrie Kerpen has some interesting predictions at Inc.:

For Twitter: Twitter will be threatened by big brands to not accept or allow this type of advertising. They will feel the pressure and threat of revenue loss from big brands that will promise to shy away from the platform. However, it can’t and won’t happen. First, if you want to know where big brand dollar money is going to go, simply follow the agencies that place the dollars. With Omnicom’s recent $230 million partnership with Twitter for mobile ads as an example, Twitter will follow Facebook’s lead in becoming pay to play. Activist groups will not only drive prices up by advertising, they will force the brands to promote a response. Ad prices will go up as a result.
For Activists: Promoted trends will be the next big thing….for a while. This is an “Oreo Moment” for Toxic Effect: setting a trend that will be replicated at many a shareholder meeting. Expect crowdfunded campaigns to surge, and even small groups to be able to crowdsource from the community to activate. Eventually, this trend will receive the same fatigue that “real time marketing” at major events has experienced. But for now, it will grow.
For Brands: Boy, oh, boy, does this place brands in a precarious position. Some brands will completely shy away and ignore. Others will prepare, post, and promote a response within the hashtag.

Twitter and activism have a complicated relationship — one that goes back to before the company sold advertising. Because of its ubiquity, and because it works over SMS (the cell-phone text messaging system), Twitter is extremely useful for helping people communicate with each other in situations where internet access had been cut off — like, say, Iran in June of 2009, right after Mahmoud Ahmadinejad won a hotly contested election against pro-democracy opposition candidates. In that case, Twitter actually postponed a critical network upgrade so that a group of protestors on another continent could continue communicating with each other and the outside world.

In an essay, Jason Goldman, then Twitter’s VP of product, wrote about the process of making that decision:

We had real qualms about wading into geopolitical affairs and saying “We think these protests are so important that we want to enable them to go forward.” One of our core beliefs was that it was the users who would determine what to do with the product. We didn’t want there to be the perception that we were grandstanding for a cause. Our goal was to be a platform for open communication but we didn’t have a side. (And we certainly didn’t kid ourselves into thinking that we knew enough about Iranian politics to know who the right side even was.)

But then in the late afternoon Biz [Stone, Twitter co-founder] got an email from a contact at the State Department. They wrote to us saying, in effect, we think that Twitter is playing a critical role in the pro-democracy protests and this is the largest civil unrest seen in Iran since the fall of the Shah. We are not telling you what to do but without exaggeration we think it is vital that you not take this downtime.

Biz and I found ourselves in the position of getting on the phone with our Ops Manager and I remember Biz saying, “So I know we absolutely need to take this downtime and there’s no way to reschedule it, but what if we did?

Because of history like this, Twitter is a social network that replicates the messiness of real life interaction and social organizing more than any other environment on the internet. It’s the place where — for now at least — activists try to rally movements, companies try to build up their reputations, and the people who are the intended targets of both those activists and those companies take pictures of what they had for lunch that day. How long it will stay that way is up for debate.

Chevron does have a Twitter account, but it hasn’t responded to the ruckus. It has continued, instead, with a steady stream of garden-variety PR: #Chevron empowers craftswomen in East Kalimantan (by giving them recycled political banners to make pencil cases with), etc.

Meanwhile, on the same day, a live-action protest also took place outside of the actual shareholder meeting, which was held at the Permian Basin Petroleum Museum in Midland, Texas. It appears to have received precious little media coverage.