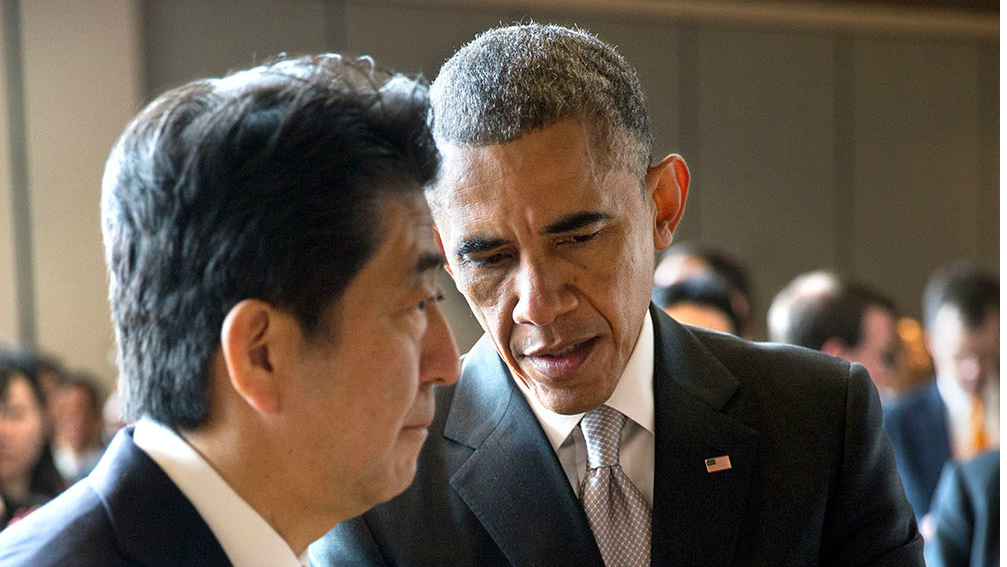 Japan used to have a pretty good reputation on climate change. Thanks to its robust industrial economy, it has the fourth-largest carbon footprint in the G20 nations. But it gets a sizable chunk of its power from zero-carbon sources like hydrodams and, at least until the 2011 disaster at Fukushima, nuclear plants. And in 2009, the country agreed, along with the other G8 nations, to reduce its carbon emissions 80 percent by 2050.

Back in 1992, Japan played host to the negotiations that led to the Kyoto Protocol, the first time a group of countries agreed to reduce their greenhouse gas emissions. Even though the United States never ratified the Kyoto Protocol, it was a groundbreaking agreement. But today, in the context of a decade and a half of additional scientific research, policy advances, and public pressure, it’s woefully insufficient to ward off the worst effects of climate change. That’s why the international community is planning to craft a new agreement to replace it in Paris later this year. And this time around, Japan isn’t looking so hot.

On Tuesday, Japanese Prime Minister Shinzo Abe is in Washington to address Congress about his plan to expand his country’s military operations in Asia. He’ll also meet privately with President Barack Obama. According to the White House, climate change is on the agenda. It seems likely that the two leaders will discuss what Japan plans to bring to the table in Paris: Last week, deputy national security adviser Caroline Atkinson told reporters that one of the main goals of the meeting is “to help build momentum towards a successful and ambitious climate agreement.” The United States met a United Nations deadline at the end of March to announce its carbon contribution — that is, how much it will be willing to cut its carbon footprint — in preparation for the Paris talks. But a month after the deadline, Japan has yet to make an official announcement (some disappointing clues have leaked out; more on that in a minute).

In fact, recently Japan has found itself at the center of several unflattering climate stories. Last year, the country pledged $1.5 billion to a U.N.-controlled fund that aims to help poor nations adapt to climate change. But a couple of months later, the Associated Press revealed that a separate pot of money Japan designated as “climate finance” actually contained $1 billion in investments in coal-fired power plants overseas. In March, the AP uncovered another half billion dollars of coal investments that Japan had labeled as climate finance. The Japanese government maintained that the funds were in fact climate-friendly, because even though coal is indisputably the greatest source of carbon emissions, these funds went toward cutting-edge coal technology that is cleaner than what might have been built otherwise.

Japan’s coal spree is also playing out inside its own borders. The country has 43 coal-fired power plants either planned or under construction, according to Bloomberg News. If built, those plants would have a combined carbon footprint equal to 10 percent of Japan’s current total emissions, and equal to 50 percent of the total emissions it aims to have in 2050. Even now, the country’s coal consumption is on the rise, and its emissions in 2013, the year for which the most recent data is available, were the second highest on record.

“Japan appears to be backsliding at the moment,” said Taylor Dimsdale, head of research at the sustainability nonprofit E3G, in a call with reporters yesterday. “There’s a risk for Japan that it’s leaving itself marginalized in an issue [climate change] that’s increasingly an international policy priority.”

Which brings us back to the Paris talks. Over the past couple weeks, unnamed government officials have leaked various figures for Japan’s carbon reduction target to the Japanese media. They aren’t looking very ambitious, and the reaction from analysts has been roundly critical. The most recent leak, reported Friday by the Asahi Shimbun, a leading national daily newspaper, said the stated goal is going to be a 25 percent reduction from 2013 levels by 2030. That’s weak compared to the U.S. goal of 28 percent by 2025 and the E.U. goal of 35 percent by 2030. (Even the U.S. and E.U. targets are probably insufficient to keep global warming below the internationally agreed-upon threshold of 2 degrees Celsius.) What’s more, the 25 percent emissions cuts being floated would set up Japan to miss its preexisting 2050 emissions target, said Naoyuki Yamagishi, head of the climate division at World Wildlife Fund Japan. Meanwhile, the country’s most recent energy strategy, which is a key part of how these carbon targets are reached, envisions a future with increased dependence on coal and with no designated targets for renewable energy.

What the heck went wrong? In a word: Fukushima.

In the aftermath of that disaster — in which an earthquake caused a tsunami that flooded the plant and led to meltdowns in half of its nuclear reactors — Japan decided to indefinitely shutter all of its nuclear power plants. The last one closed in September 2013, completely eliminating an energy source that had once provided nearly a third of the country’s power. That hole has since been filled by coal, oil, and natural gas, which goes a long way toward explaining Japan’s poor performance on emissions in recent years.

It may also explain why the government has been reluctant to set more aggressive targets for Paris: Heavy-duty emission cuts aren’t possible without nuclear power, and although Prime Minister Abe is pushing to reopen some of the closed plants, nuclear power remains deeply unpopular with the Japanese people. Moreover, the increase in fossil fuel use has made Japan more dependent on imports (it has no fossil fuel resources of its own), which, in combination with a weak yen, has driven up electricity prices. And rising energy prices, Yamagishi said, have eroded support for renewable energy incentives that could cost ratepayers even more.

Overall, since Fukushima, political will to address climate change has evaporated, Yamagishi said. Even among the general public, what was once a popular issue now barely makes the news in Japan.

“After Fukushima, everyone’s attention shifted away from climate change,” he said. “That’s why we’re having a hard time pushing on this issue.”