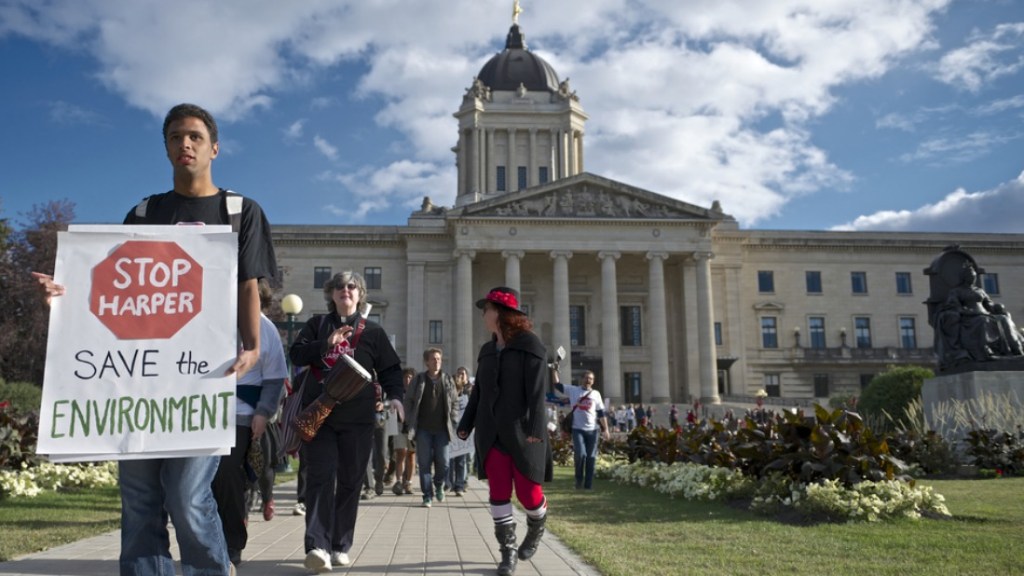 But maybe that shouldn’t be a surprise in a country that’s become a rogue petrostate.

Environment Canada, the national environmental agency that also serves as the government’s weather service, does not allow its weather forecasters to discuss climate change publicly. “Weather Preparedness Meteorologists are experts in their field of severe weather and speak to this subject,” an agency spokesperson told journalist Mike De Souza. “Questions about climate change or long-term trends would be directed to a climatologist or other applicable authority.” Here’s more from a blog post by De Souza:

[T]he department’s communications protocol prevents the meteorologists from drawing links to changing climate patterns following extreme weather events such as severe flooding in southern Alberta or a massive wildfire in Northern Quebec in the summer of 2013. …

[S]ome recently-released quotes from a union-sponsored survey by Environics Research … demonstrat[e] fears among scientists about speaking out.

“With meteorology we are in a somewhat unique position in that our availability to the media is relatively unrestricted,” one government employee told the survey. “We do have to be careful what we say and keep it to the weather however. I outright refuse to answer climate questions, it is an issue fraught with too many traps. Could be career limiting.”

The quote was among dozens of first-hand accounts from federal scientists who expressed frustration about what they described as political interference in research based on the ideological views of Prime Minister Harper’s government.

The quotes, released by the Professional Institute of the Public Service of Canada, include references to “Orwellian” practices and descriptions of Canada as a “Banana Republic.” The union didn’t release the names of employees in order to protect their identities.

This is not the first time we’ve heard about science censorship from our neighbor up north. Government scientists have been barred from discussing everything from the ozone layer to snowflake research. That must just mean that there are no fossil-fueled environmental problems facing Canada. Right? Oh, maybe not.