Deserts don’t exactly have the best rep for me. They inspire images of horrific sunburns and dying of thirst – and at best, some sweet cacti, grand sandcastle visions, or a certain noseless Egyptian monument. But the ante has officially been upped: Travel to Dunhuang in northwestern China’s Gansu province and you’ll stumble across a massive field of solar panels in the Gobi Desert.

The province has been building up the field since 2009. But from 2012 to March 2015, the construction project exploded in size and “the area occupied by the photovoltaic panels has expanded threefold,” iO9 reports. Just take a look at the comparison below: 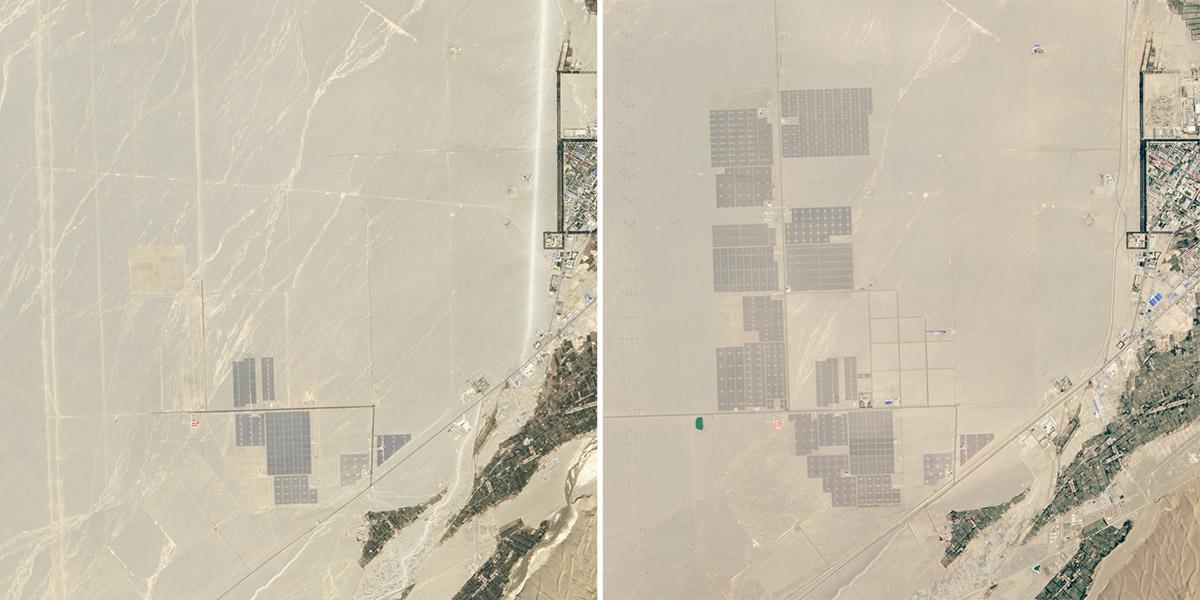 According to China Daily, Gansu Province’s total installed solar capacity in 2014 reached 5.2 gigawatts. Clean Technica reported that China’s National Energy Administration (NEA) had set the goal of increasing the province’s capacity by an additional 0.5 gigawatts in 2015.

Our own Mojave Desert hosts Ivanpah, one of the biggest solar farms in the world. And while California currently hosts the world’s leading solar farms, India and China are in hot pursuit. So while deserts won’t ever save anyone dying of thirst, they just might slake our unending thirst for energy. Thanks, deserts!

Chipotle’s new tortillas could be huge news for farmers