Climate activist explains why going green is like coming out 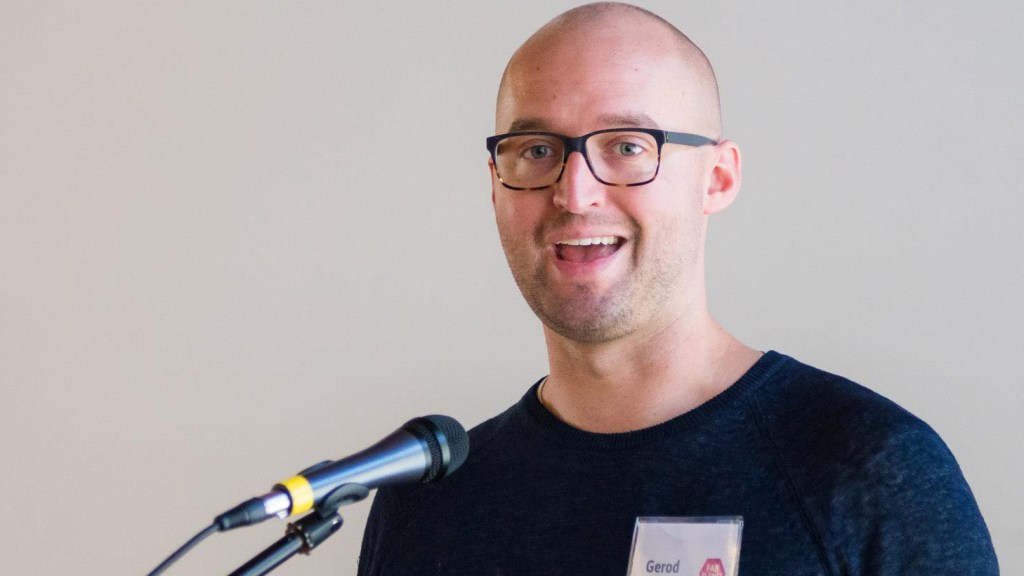 Climate activist explains why going green is like coming out

When Gerod Rody founded OUT for Sustainability — an LGBTQ environmental advocacy group — in the fall of 2008, it was partly because there was absolutely nothing like it out there.

Rody, who identifies as gay, was getting his MBA in sustainable business at the Bainbridge Graduate Institute in Seattle, and was surrounded by “people who valued environmental and social issues like I did,” he says. “I had my ‘sustainability pride.’ It felt really good. The problem was, I also felt that when I’d been fully immersed with the gay community, my values were checked at the door. It felt like one or the other.”

And so, when his searches for even a fledgling LGBTQ-enviro group proved futile, he began corralling sympathetic Seattleites and local organizations into social events, meetings, and discussions. “Originally I wanted to find like-minded people with whom I might get a date,” he jokes.

Now, OUT4S is a national organization and facilitates ongoing sustainability events and initiatives like Earth Gay — a day of volunteering that has included, for instance, building a park along Seattle’s seven-mile Cheshiahud Loop Trail and building a trail at Phoenix’s Steele Indian School Park. A few weeks ago, OUT4S hosted its first-ever Fab Planet Summit. The half-day conference brought together people from the NRDC, EPA, Heal the Bay, Casey Trees, and a dozen other groups to explore the intersections between the LGBTQ and environmental communities. Among other topics, attendees talked about discrimination (“Coming Out Green”), the outsized effects of climate disaster on marginalized communities (“Queer and Present Danger”), and why the LGBTQ community is uniquely poised to make a difference for the planet (the gay rights movement has been remarkably successful in recent years).

Here are some audio snippets from Fab Planet:

OUT4S is no longer the only organization of its kind: Other environment-LGBTQ fusions have begun taking shape, including Queers for the Climate, a group that created a #SavetheStraights campaign this summer. Queers for the Climate was formed, like OUT4S, largely to help people connect to the sustainability issue through something they already understand and embrace: their own identities.

Below, Rody makes a case for why the LGBTQ and environmental communities are inextricably linked. In his words, “We’re all trying to achieve the same thing: a fabulous planet.” Here’s an edited and condensed version of Grist’s interview with Rody:

“Coming out” is a fundamental experience. It changes you. Literally. Your self-perception, the perception you experience in the world. It’s like no other thing that I can think of. It takes a lot of risk and it takes a lot of self-awareness to say, “I can articulate who I am on this level.” There’s a constant discovery of the nuances surrounding that, but to be able to say “I’m gay,” with pride, is a wonderful thing.

When I came out, I felt like I had a responsibility to be a representative of my identity, and to live up to the potential that I’ve claimed for myself. I have, in coming out, let go of the opportunity to slide through life. It calls you to a higher standard and lets you see the world in a completely different way. It’s such a gift. It’s terrifying, and most people who don’t want to do it have a good reason, because you can’t really turn back. Essentially, you’ve crossed over into being a social change agent.

What if we could apply that thinking to our communities and our natural environment? To say we’ve gone from a place of accepting the norm, to a place of challenging it, to being in line with our values. Like, “I don’t drive a car because of this, I make these buying decisions,” and to even go beyond that.

You come out gay every day and you come out green every day. I think about all of the opportunities in my life to be “out” about my [environmental] values in conversations at work, in what I do, in how I spend my time.

The gay community is known for being action-oriented and mobilized — we get stuff done. We’ve been remarkably successful.

I think the gay community’s biggest challenge now is to see what’s next after marriage. What are the bigger issues we can tap into? [How can we] utilize this tremendous power of unifying not around our sameness, but around our differences? The LGBTQ community is the most diverse community in the world. We represent every socioeconomic group, every race and ethnicity, age group, gender expression. [The term] “LGBTQ” in itself demonstrates this diversity.

It’s really exciting to think about how this community could be a leader in reshaping how we see every part of our world — because we’ve already done it for ourselves.

I don’t have a car and I live in a fairly small apartment. And to me, that feels luxurious. I get to live a life that’s focused on walking. I get to breathe great air and I don’t get stuck in traffic. My rent is slightly higher, but when I priced it out, not having a car and paying a slight surplus in rent gives me a better quality of life. I see my environmental priorities as a way for me to live my life more pleasurably. It’s really not about sacrifice.

Living life with pleasure is not about eating the cheapest chicken out there. Eating meat and grains and all these things that are raised with love and care is better for the environment, overwhelmingly, but it also just gives you a better quality of life — and you’re making yourself healthier. So, there’s this reinforcing loop that I’m trying to live into. How do I live my life personally in a way that is just fabulous?

On connecting identity with values

The implication that everyone who’s involved with the environmental movement is a procreating heterosexual couple with kids on the way is alienating for people who don’t fit in that box. To be able to build visibility within this broader system instills — for me, anyway — a sense of pride, of ownership. I matter in the system and therefore I have a responsibility to take care of it.

Integrating who we are and what we care about is important to being a whole person. How powerful is it to connect your identity and your values? I really see that as the only way forward for the environmental movement.