Climate change could be happening 2,400 feet under Antarctic ice 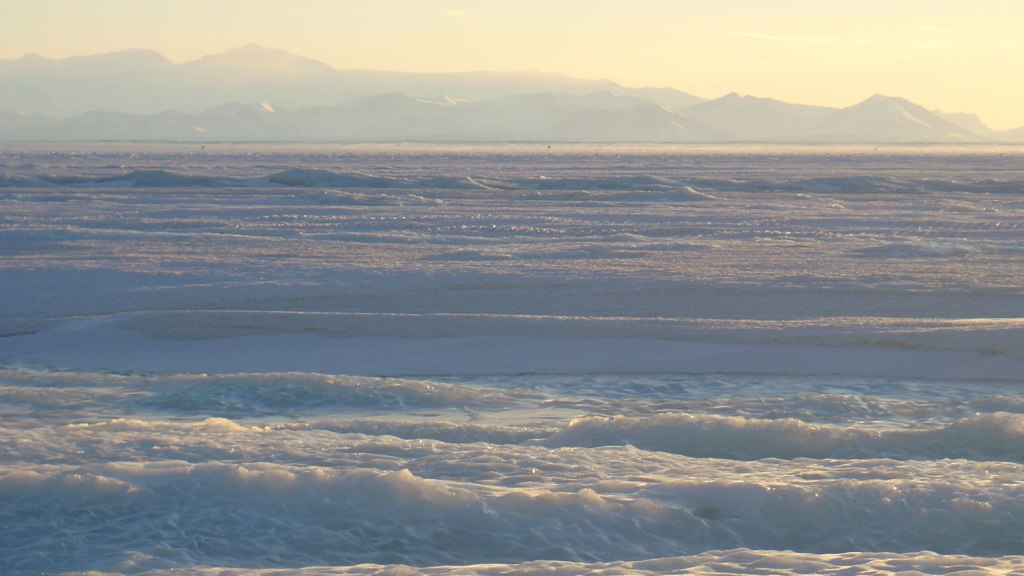 Climate change could be happening 2,400 feet under Antarctic ice

In case you missed out on the bad news du jour, let me both enlighten and disturb you (the primary job description here at Grist): The world is now experiencing skyrocketing temperatures and ocean death spirals, all while humans are sucking the living daylights out of the planet. And now, scientists have uncovered data that suggests climate change could be affecting a place where humans have never even set foot: 2,400 feet below Antarctic ice.

We’ve known for a while that the warming planet is causing massive, irreparable collapse of glaciers in Western Antarctica. What’s new here is that even the muddy floor beneath these glaciers, which was previously thought to be resistant to ocean-driven changes, now shows evidence of instability.

On a massive ice sheet on coast of West Antarctica, there’s currently a camp of 40 scientists, ice drillers, and technicians. The team was reportedly successful in their attempt to reach one of the most isolated areas in the ocean when, at 3:55 P.M. PST on Jan. 7, their drill hit the bottom of the ice sheet. With the help of a video camera, the researchers are able to observe life (or, lack thereof) on the Arctic seafloor.

Scientific American reported on the scientists’ first look and (nerd alert), it gives me full-body goosebumps.

Through nearly a kilometer of slow descent the camera showed the undulating, mirrorlike walls of the ice borehole scrolling past. Then, 715 meters down, the image suddenly want black, clouded by thick wisps of silt and clay that had been liberated from the ice as the drill melted its way through. The bottom few feet of ice is probably cluttered with such debris, picked up by the glacier as it slid over the hidden face of Antarctica for thousands of years.

The camera soon emerged from this “black zone” (as people at camp are calling it) into an open expanse of crystal clear seawater beneath the ice. This thin sliver of ocean reaching under the ice turned out to be 10 meters deep, and the camera came to rest on the bottom beneath it, revealing it to be muddy and strewn with pebbles — a flat, barren tract, devoid of any obvious signs of large marine life such as brittle stars, sponges or worms.

But here’s where a mysterious and beautiful scene turns towards a dubious discovery: The pebbles the scientists found scattered on the seafloor aren’t normal to find at that depth. It would be more normal to see just very fine material, like silt or dust, that could be carried far beneath the ice by wind or currents. The pebbles would only be there if the ice underbelly were melting at an unprecedented rate, leaving them to drop from the glacier as it melts.

Something’s moving things around under the ice. It’s either deep-sea poltergeists, or traces of possibly human-caused “environmental change.” (Guess which we’re voting?) We should note that this change could have happened two years ago or hundreds, as these findings are — the researchers emphasize — preliminary and inconclusive. Nonetheless, trip co-leader Russ Powell and his team believe that change may be well underway underneath the ice — and if so, it will impact how quickly ice sheets melt, and how rapidly global sea levels will continue to tick higher.

If further study turns up more bad news, humanity may be forced to fall back on its last-ditch effort to escape a changing climate: Burrow somewhere deep underground in the most remote place on Earth, and — oh, wait. Nvm.