Climate change got you down this Earth Day? Time for a badger mask 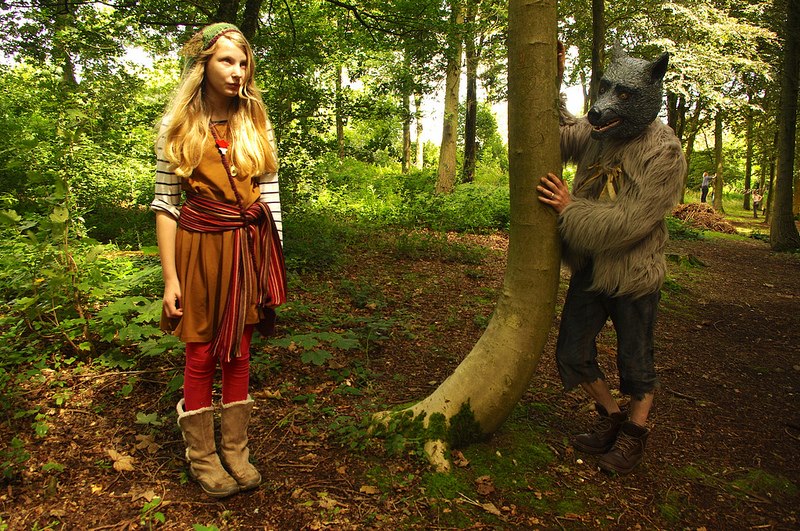 Climate change got you down this Earth Day? Time for a badger mask

It’s not often that any magazine profiles an environmentalist. So when the New York Times Magazine did just that this week, I got excited. Just in time for Earth Day!

Setting aside, of course, the uneasiness that I feel about Earth Day. When you are the only habitable planet in the solar system, as well as the large spheroid mass whose rotation around the sun actually makes days happen, arguably all of the days are yours. But Earth Day itself has very sweet and thoughtful origins as an idea, proposed by a Wisconsin senator in 1970, to host teach-ins on ecological issues around the country. The teach-ins became so huge that the momentum from that day of meetings is credited with the creation of the EPA, the Clean Air Act, the Clean Water Act, and the Endangered Species Act — along with the persistence of Earth Day itself, which very few people seem to get excited about any more, but which hovers in our vision anyway like the afterimage of a camera flash.

Part of that persistence is a consequence of the news cycle, which requires holidays in order to write about things — civil rights, women, the fact that the only planet we live on seems to be having some tropospheric issues — that we all should be writing about anyway. And so, for its Earth Day story, the Times chose, in something of a punk move, to profile another generator of an unexpectedly viral idea — Paul Kingsnorth.

Kingsnorth is a British environmentalist and anti-globalization activist who, back in 2009, very publicly lost faith in both struggles. Climate change was not something that could be stopped, he decided. “Sustainability” wasn’t something that was attainable, given the current human population and fondness for things like heat, light, and food. The future did not look good. “Decline, depletion, chaos and hardship” were in store for the lot of us, and the sooner we realized it, the better.

Many people who come to such conclusions start hoarding a lot of canned goods; Kingsnorth’s response to impending collapse was to found a lavish hardcover literary journal. The journal was called Dark Mountain, as is the group of uncertain size that has organized around it, which Kingsnorth described as “a network of writers, artists and thinkers who have stopped believing the stories our civilization tells itself.” Together, he wrote “we are able to say it loud and clear: we are not going to ‘save the planet’.”

In 2012, he elaborated further during an email exchange with the writer Wen Stephenson, published in Grist:

I do think that climate change campaigners like yourself should be more upfront about what you’re trying to ‘save.’ It’s not the world. It’s not humanity either, which I’d bet will survive whatever comes in some form or another, though perhaps with drastically reduced numbers and no broadband connection. No, what you’re trying to save, it seems to me, is the world you have grown used to.

Dark Mountain, Kingsnorth wrote, would bring about gatherings of “practical people with hands-on ideas for building the post-oil world in a century of chaos.” The festival that Daniel Smith, author on the Times profile, attends, though, has more of a Burning Man vibe:

A man wearing a stag mask bounded into the clearing and shouted: “Come! Let’s play!” The crowd broke up. Some headed for bed. A majority headed for the woods, to a makeshift stage that had been blocked off with hay bales and covered by an enormous nylon parachute. There they danced, sang, laughed, barked, growled, hooted, mooed, bleated and meowed, forming a kind of atavistic, improvisatory choir. Deep into the night, you could hear them from your tent, shifting every few minutes from sound to sound, animal to animal and mood to mood.

The next morning over breakfast, Dougie Strang, a Scottish artist and performer who is on Dark Mountain’s steering committee, asked if I’d been there. When he left, at 3 a.m., he said, people were writhing in the mud and singing, in harmony, the children’s song “Teddy Bears’ Picnic.” (“If you go down in the woods today, you’re sure of a big surprise.”) “Wasn’t it amazing?” he said, grinning. “It really went mental. I think we actually achieved uncivilization.”

If this sounds less like an enduring movement with relevance to the environmental movement as a whole than a midlife crisis, you wouldn’t be the first to think so. In the profile, even Kingsnorth says as much:

“What do you do,” he asked, “when you accept that all of these changes are coming, things that you value are going to be lost, things that make you unhappy are going to happen, things that you wanted to achieve you can’t achieve, but you still have to live with it, and there’s still beauty, and there’s still meaning, and there are still things you can do to make the world less bad? And that’s not a series of questions that have any answers other than people’s personal answers to them. Selfishly it’s just a process I’m going through.” He laughed. “It’s extremely narcissistic of me. Rather than just having a personal crisis, I’ve said: ‘Hey! Come share my crisis with me!’”

At 41, Kingsnorth is at the age when a lot of people who’ve devoted themselves to a project, whether it’s saving the world or selling inground swimming pools, tend to burn out and wonder what the hell they’re doing with their lives. In declaring the largest problem of our era unfixable, Kingsnorth gave himself — and a few other earnest, idealistic types — the perfect excuse to put on a badger mask and go party in the woods.

When someone goes and names their organization “Dark Mountain,” that’s a sign of a few things: 1) They’re a little depressed at the moment; and 2) they’re probably on a quest of some sort. For most of us, mountains are pilgrimage sites, not destinations. It’s hard to grow anything on a mountain. The air gets mighty thin.

There are clues that even Paul Kingsnorth finds it hard to live up to Paul Kingsnorth’s ideals of retreat and preparation for social collapse. He’s spent the last three years organizing to keep a supermarket development out of his rural community, though he uses some bleak poetry to justify it. “I’m increasingly attracted,” he says, in the article, “by the idea that there can be at least small pockets where life and character and beauty and meaning continue. If I could help protect one of those from destruction, maybe that would be enough. Maybe it would be more than most people do.”

The story of Dark Mountain reminds me of another British phenomenon that poured a lot of hubris and energy into hopelessness: the Sex Pistols. When Johnny Rotten howled “No Future” into a microphone in 1977, he couldn’t, of course, see the actual future, where he would be 58, something of a whale-watching enthusiast and preparing to tour with a production of Jesus Christ, Superstar.

Another Brit put it better. As Joe Strummer said, “The future is unwritten.”