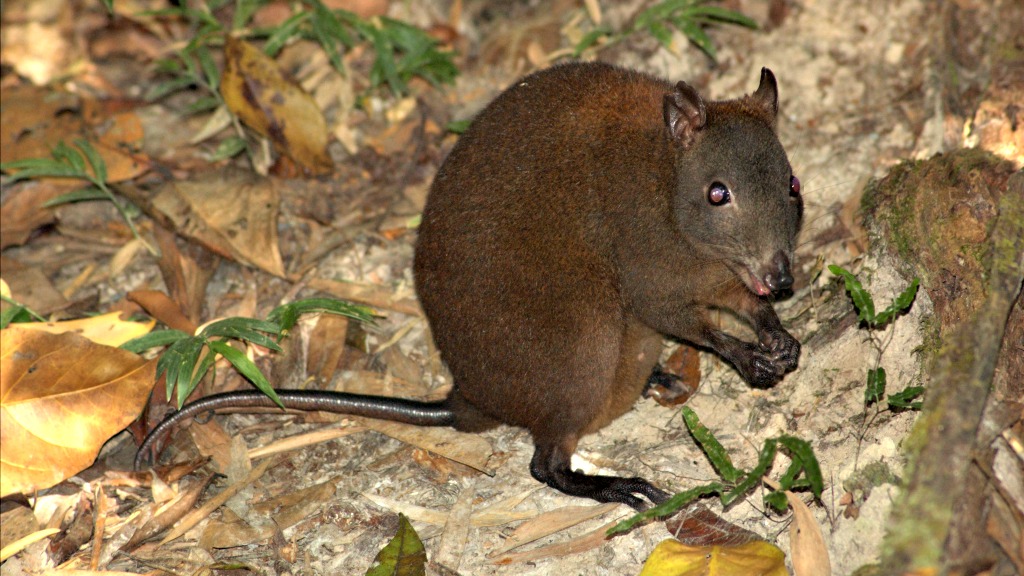 Climate change could drive the world’s tiniest kangaroo extinct. Which is bad news, because the li’l buddy is adorable and has a great name: the musky rat-kangaroo. (Did scientists turn it down for a date after getting a whiff, Courtney Love-style?)

The teeny marsupial — which is usually about nine inches long — eats (and poops out) seeds, making it an important agent in helping rainforests regenerate. But because it only lives in northeast Australia’s rainforests, it has nowhere to go when rising temperatures make the clime unlivable. Or as Scientific American explains:

[T]the kangaroos have never been found outside of tropical rainforests, not even in nearby temperate rainforests, which have lower rainfall levels and hold completely different plant species. Their rainforest habitat could experience temperature rises of 4 to 5 degrees Celsius [about 9 degrees Fahrenheit] and a corresponding 5 to 10 percent less rainfall by the year 2070, according to current climate models.

Plus, it doesn’t exactly help that developers are replacing parts of its habitat with golf courses and suburban sprawl. (Thankfully, most of musky rat-kangaroo land is a protected national park.)

Check out the teeny ’roo hopping around:

FINE, call it ugly, but it’ll always hold a special place in my pouch. I mean heart.