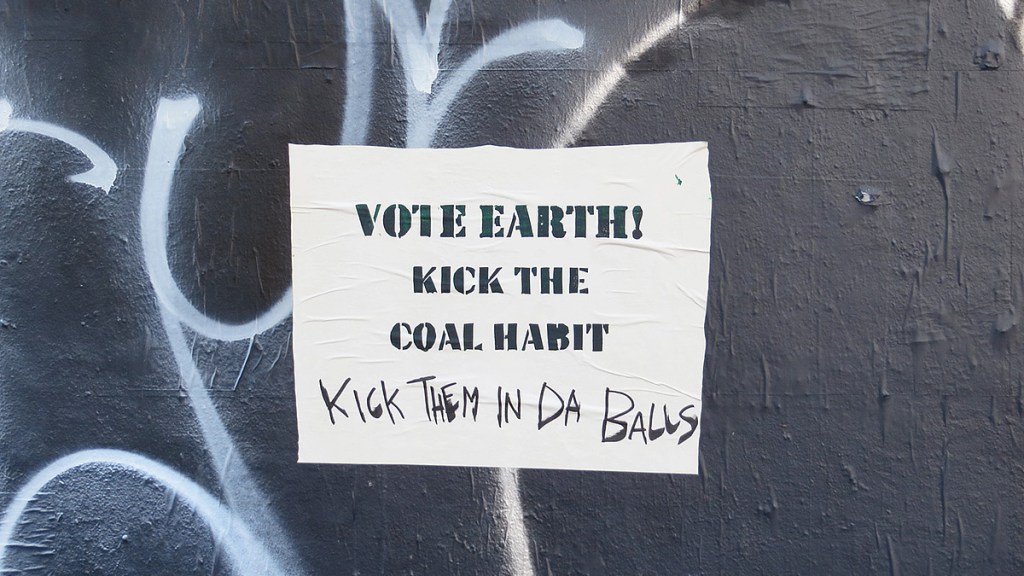 Alpha Natural Resources, Inc.’s coal mining operations have been ruining the rivers and water supplies of Appalachian communities since 2006, and probably a lot longer than that. That could soon come to an end, however: The federal government just slapped the company with one of the largest fines ever levied under the Clean Water Act, and handed it strict orders to clean up its business.

According to a consent decree handed down by the Department of Justice this week, Alpha has illegally dumped coal waste into waterways over 6,200 times. The problem was systemic, to say the least: These violations occurred at close to 80 different facilities across five states along the Appalachian Mountains, all under the direction of Alpha Natural Resources, which is the second largest coal producer in the nation.

The fines, levied by the Environmental Protection Agency, will collectively cost Alpha roughly $27 million. The consent decree requires the company to spend an additional $200 million for cleanup and equipment upgrades. And that’s gonna hurt. Alpha hasn’t turned a profit for its coal work since July of last year, and has been running a steep deficit ever since.

This is somewhat of a victory in the eyes of environmental justice advocates. They’ve been representing the interests of the lowest of low-income communities across Appalachia since the movement’s beginning. Their biggest beef has been with companies that have been recklessly blasting off the caps of Appalachian mountains in search of coal, sprinkling nearby communities, rivers, and streams with toxic metals, sediment, and poisonous liquids. Emissions from these operations have resulted in elevated levels of birth defects among Appalachian mothers, many of whom are already beset by poverty and poor healthcare access.

“Our members in the coalfields of southwest Virginia know all too well [these companies’] lack of regard for the negative effects of their operations on people in that area,” said Sandra Cook, chair of Virginia Organizing, a statewide grassroots organization. “We hope this sends a clear signal to energy companies that they need to pay attention to the long-term environmental effects of their operations, and that they need to value people as much as they value their resources.”

The ruling is another crushing blast off the top of the once-mighty coal empire — and another vivid reminder of what a dirty business it’s in. As if we needed one. Last month, an estimated 82,000 tons of coal ash spilled into the Dan River from a shuttered Duke Energy Corp. coal-burning power plant in Eden, N.C. Also last month, 108,000 gallons of coal slurry waste leaked from a failed seal at Patriot Coal Corp.’s Kanawha Eagle Prep Plant in West Virginia.

And while it’s great to see the federal government holding Alpha accountable, here’s the thing about consent decrees: In order for them to work, there needs to be constant monitoring. Someone has to make sure that these companies actually make the upgrades and technology improvements called for in the agreement.

The feds have already done this dance with some of these outfits, years before they were bought by Alpha, when they were owned by Massey Energy Company. (You’ll remember Massey as the company that owned the Upper Big Branch Mine in West Virginia, where an explosion killed 29 miners in 2010.) In 2008, the government entered into a consent decree with Massey for over 5,000 Clean Water Act violations from these same Appalachian coal operations. The coal cohorts simply filed it away and kept on polluting, prompting citizen groups like the Ohio Valley Environmental Coalition to take them back to court. The result was two more consent decrees.

Coming under the Alpha empire in 2011 did little to improve matters, as even more of the former Massey operations got slapped with legal complaints for their polluting activities, which led to more consent decrees, mainly from the state environmental protection departments. (Read more about this in the federal government’s complaint here.)

Under this latest and largest decree from the Justice Department, all of the nearly 80 Alpha Natural Resources operations involved have one year to submit audit plans. Before the end of the 2014, a third-party contractor, who reports to the EPA, will visit and audit each one. All coal preparation plants and waste facilities will undergo annual audits after that, while the other operations will be audited every two years. (Read the rest of the settlement terms here.)

All of this reminds me of my trips to Pennsylvania the past few weeks. While driving across the turnpike through the Appalachians, you can’t help but notice the proliferation of billboards along the way with disparaging messages about the growing clean energy industry, and the many more that attempt to assure drivers that coal is still No. 1. Near one breathtaking display of national  monument-sized wind turbines, a coal company placed a billboard that reads “Your tax dollars subsidize wind energy” — and that’s not written as an endorsement.

The fact is that our tax dollars also subsidize coal, which means we are funding  the kind of birth and health problems suffered in Appalachian communities as an unintended result. President Obama has been calling for years for Congress to stop subsidizing fossil fuel companies. If the coal industry keeps this up, however — and if the feds can hold the industry’s feet to the fire — soon there might be nothing left among the dirty carbon enterprises to finance.