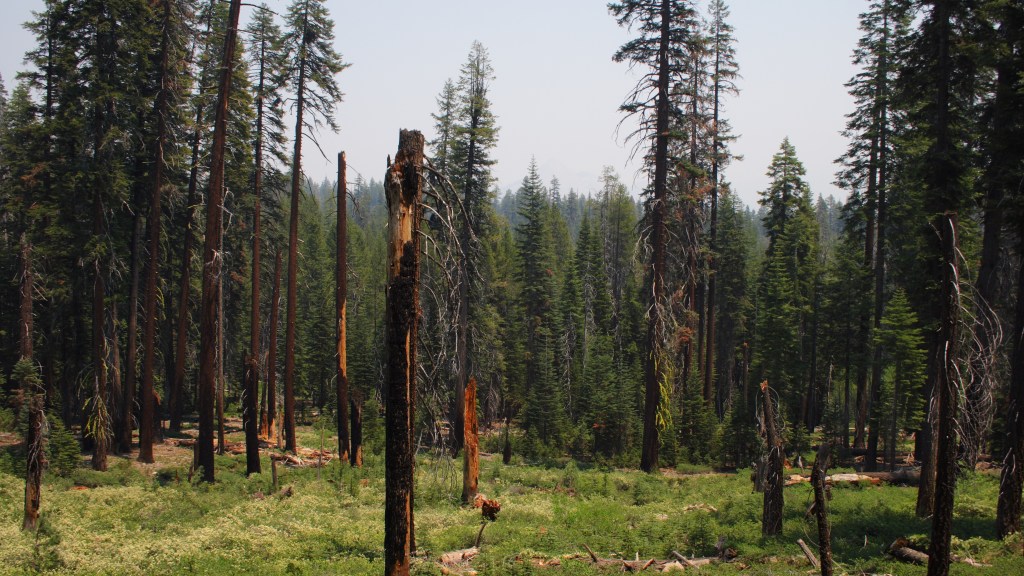 Last week, California Gov. Jerry Brown made headlines when he announced that his state would pursue the most aggressive greenhouse gas emissions cuts in the nation. The new goal — to reduce emissions 40 percent below 1990 levels by 2030 — is an interim step meant to help achieve a final goal set by Brown’s predecessor, Arnold Schwarzenegger, of an 80 percent reduction by 2050.

Exact details on how the new target will be achieved haven’t yet been released, but it will likely include a combination of new clean energy mandates and pollution reduction rules for power companies, as well as incentives for electric vehicles. That’s a good place to start: Transportation and the energy sector are the two biggest portions of the state’s carbon footprint, accounting for roughly 36 percent and 21 percent of emissions, respectively. Those sectors are also the two biggest in the nationwide carbon footprint, which is why President Barack Obama’s climate rules have likewise focused on cars and power plants.

But there’s another slice of the carbon pie that gets very little airtime, and on which California and the U.S. as a whole fare very differently: land use. Trees and soil store a lot of carbon, and any time they get destroyed (logged for timber, burned in a fire, plowed for agriculture, paved over for urban development), there are associated carbon emissions. On the national level, according to the Environmental Protection Agency, land use is actually a carbon sink, meaning that the carbon stored by forests and other vegetation outweighs emissions from messing with them. It’s no small piece; land use offsets up to 13 percent of the total U.S. carbon footprint, according to the EPA (through policies such as minimizing soil erosion and limiting the conversion of forests into cropland).

New research indicates the trend may be very different in California, contrary to conventional wisdom in the state. Since the passage of the state’s first global warming legislation, AB 32 in 2006, California’s carbon targets have been set with the assumption that there would be no net increase in land use emissions. The greenhouse gas inventory published by the California Air Resources Board (CARB), the state’s air pollution regulatory agency, makes no mention of forestry or land use emissions. But a peer-reviewed study commissioned by CARB and published last month by the National Park Service’s top climate change scientist, Patrick Gonzalez, in conjunction with UC-Berkeley, found that over the last decade land use in California has been a source, not a sink, of carbon emissions.

Gonzalez’s research aggregated, for the first time, a vast collection of satellite data and on-the-ground measurements to estimate how much carbon is stored in vegetation in the state. It’s a pretty staggering amount: The state’s 26 national parks store the rough equivalent of the average annual carbon emissions of 7 million Americans. But even more revealing was how that number has shrunk over the last decade, as wildfires, development, and agriculture chip away at forests and other “natural” landscapes. Every year, the disappearance of these carbon stocks emits about as much carbon dioxide as the city of Dallas, says Gonzalez — that’s roughly 5 to 7 percent of California’s total carbon footprint.

In other words, Gonzalez says, if California wants to meet its climate targets, the state has a hole that needs to be filled with better land management. Unfortunately, climate change itself is likely to make this situation even worse. Two-thirds of the land use emissions Gonzalez identified was the result of wildfires, meaning that better managing fires — and thereby keeping carbon locked away inside forests — is a key step for reducing the state’s overall emissions. Climate change makes wildfires worse by increasing the severity and frequency of droughts, and as the state’s unprecedented drought enters its fifth year, experts say the wildfire season there is already shaping up to be a “disaster.”

Overall, deforestation needs to take on a much more prominent role in the state-wide climate conversation, says Louis Blumberg, director of the Nature Conservancy’s climate program in California. “There’s no way to meet the ambitious targets without dealing with deforestation,” he says.

A spokesperson for CARB said that the agency is still skeptical that land use is as much of a problem as the Gonzalez study indicates, and that the study likely underestimates the amount of carbon still stored in forests due to uncertainties in the satellite data. Meanwhile, bureaucratic complications have so far precluded CARB from including forests in its carbon accounting (most of the forests are managed by federal, rather than state, agencies). Still, state officials appear to be increasingly aware of the significance of land use in its climate planning. In his inaugural address in January, Gov. Brown discussed the need to “manage farm and rangelands, forests and wetlands so they can store carbon.” Both the Nature Conservancy and National Park Service are now working with state regulators to track the climate impact of deforestation and to develop policies to keep more carbon safely stored away in trees.

Deforestation “is a new part of the puzzle,” Blumberg said. “But it’s essential.”