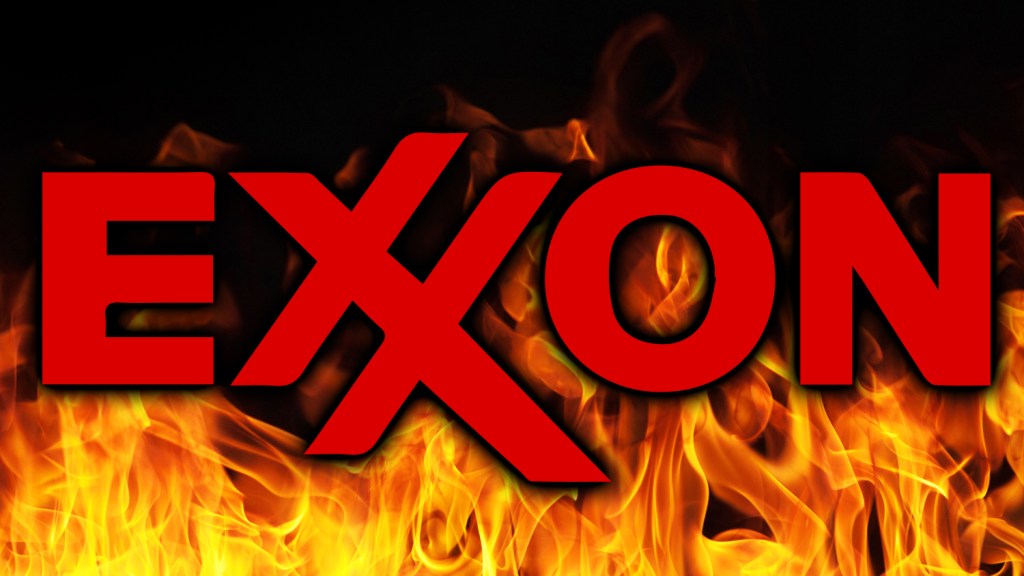 When we think about climate change, many of us have a sense that it’s everyone’s fault. We think there’s no individual to blame for the fact that the Atlantic Ocean is taking up residency in people’s homes — that it’s just the system. It’s every one of us who drives a car or turns on a light switch or eats a hamburger. But while it is true that most of us (Americans) contribute enough greenhouse emissions to kill a polar bear or two, there are some standout climate villains. And one stands out further than perhaps all others: Exxon.

An investigation by InsideClimate News found that Exxon knew decades ago that burning fossil fuels would heat up the planet, long before “global warming” became part of our lexicon. Reporters spent eight months combing through archives and interviewing scientists and federal officials, and discovered systematic efforts by the company to suppress climate action over the course of decades.

Here’s a description of an Exxon meeting from way back in 1977:

At a meeting in Exxon Corporation’s headquarters, a senior company scientist named James F. Black addressed an audience of powerful oilmen. Speaking without a text as he flipped through detailed slides, Black delivered a sobering message: carbon dioxide from the world’s use of fossil fuels would warm the planet and could eventually endanger humanity.

“In the first place, there is general scientific agreement that the most likely manner in which mankind is influencing the global climate is through carbon dioxide release from the burning of fossil fuels,” Black told Exxon’s Management Committee, according to a written version he recorded later. …

Exxon responded swiftly. Within months the company launched its own extraordinary research into carbon dioxide from fossil fuels and its impact on the earth. Exxon’s ambitious program included both empirical CO2 sampling and rigorous climate modeling. It assembled a brain trust that would spend more than a decade deepening the company’s understanding of an environmental problem that posed an existential threat to the oil business.

But despite Exxon’s early internal acknowledgement that burning fossil fuels would ultimately lead to some very bad shit, the company reversed course in the early 1980s and started dismantling its own climate change programs. By the end of the ’80s, it started suppressing evidence, blocking domestic and global action to control greenhouse gases, and spreading doubt about the science of climate change — science based on its own research. It also helped start the Global Climate Coalition, an ironically named coalition of the world’s biggest companies working to stop government action to curb fossil fuel emissions.

In a video address from 1996, Exxon CEO Lee R. Raymond says, “The scientific evidence remains inconclusive as to whether human activities affect the global climate.” We now know this to be false. Raymond knew it then.

InsideClimate News will be publishing its investigation in six parts. Part 2 comes out on Sept. 17.