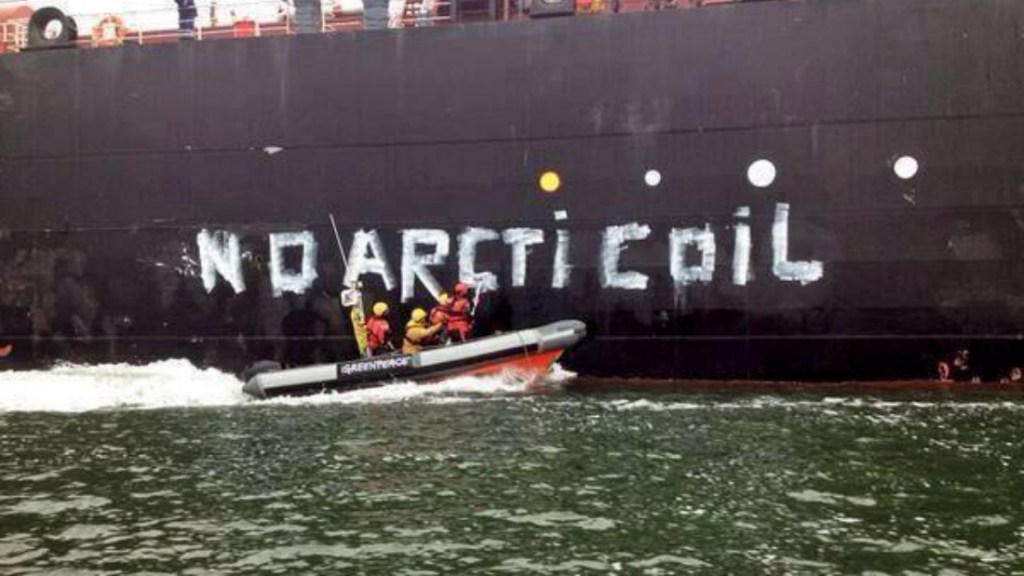 The crew aboard Greenpeace’s Rainbow Warrior ship tried on Thursday to block the first delivery of oil from Russia’s first offshore oil rig to a harbor in Rotterdam, the Netherlands. The crew included some of the same activists who were arrested by Russian authorities in September for attempting to scale the oil rig in frigid waters. The activists were released from jail in December as part of a pre-Olympics amnesty program.

This latest stunt got them arrested again — but this time by Dutch police instead of Russian ones. Reuters reports:

A Reuters photographer said activists had draped banners saying “No Arctic Oil” from the Russian vessel.

“The Russian ship is very big, about 250 meters long, and there are safety concerns when you try and stop it mooring,” Rotterdam police spokesman Roland Ekkers said.

He said the activists had been detained in a room on the Rainbow Warrior until it docked, when the captain was arrested. The oil-tanker Mikhail Ulyanov entered the harbor unhindered, and moored at about 0915 GMT.

These activists seem as stubborn as climate change.