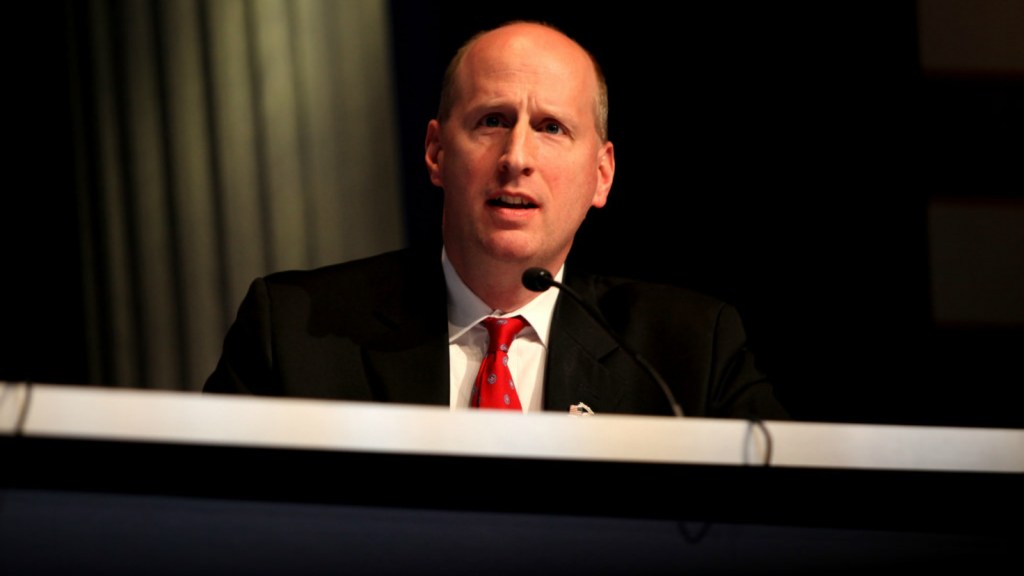 After searching for a miracle to save the Republican Party from a nominee straight out of the bowels of reality television, Republicans have one more desperate scheme in mind.

Prominent conservatives, including Mitt Romney and “Never Trump” Weekly Standard editor Bill Kristol, have reportedly floated a relatively unknown figure for a third-party run — the National Review writer and constitutional lawyer David French. An Iraq war veteran, French has only teased us on whether he will enter the race. He’s yet to announce anything formally.

All the normal political rules apply. The conventional wisdom has been right. An underdog can't win. Right?

We may not have much information about French’s intentions, but we do know where he stands on climate change, based on his writing and Twitter feed:

He’s not convinced climate change is caused by humans.

Could humans be causing global warming? Maybe. Is the globe actually warming? Maybe. Can we do anything about it? I have no idea. Should we enact sweeping economic and cultural reforms to address a crisis that may or may not exist and that we may or may not be able to influence when those same reforms won’t also be enacted by China, India, or virtually any other emerging economy?

He thinks America should stop leading by example, and race to the bottom on environmental regulations.

The Left doesn’t seriously dispute the notion that American regulations aren’t going to save the planet, but they justify the demand for American sacrifice by essentially ascribing a mystical power to our national policies — as if our decision to fall on our own sword will so move India and China and the rest of the developing world (which has a lot of fossil fuels left to burn to lift its people out of poverty) that they’ll essentially have their own “come to Jesus” movement in defiance of national interest and centuries of national political culture. “America leads,” they proclaim.

He has sharp commentary on SUVs.

Why are we talking about climate change? We've already passed the "point of no return." So live it up while you can! SUV's for everybody!

For him, climate science advocacy is like screaming about “demon rum.”

In reality, I respect the wild-eyed rapture-pastors far more than the climate hysterics. They merely ask me to believe, they don’t use the power of government to dictate how I live. … They’re like a drunk preacher screaming about the evils of demon rum.

He’s a big fan of Titanic.

Leonardo's climate change speech makes me want to drive my new 13mpg 4×4 truck around the block for no reason in his honor.#Oscars

But hey, let’s look on the bright side — at least he’s not saying China hatched climate change as a hoax.