Here's why so many young people are joining the climate march 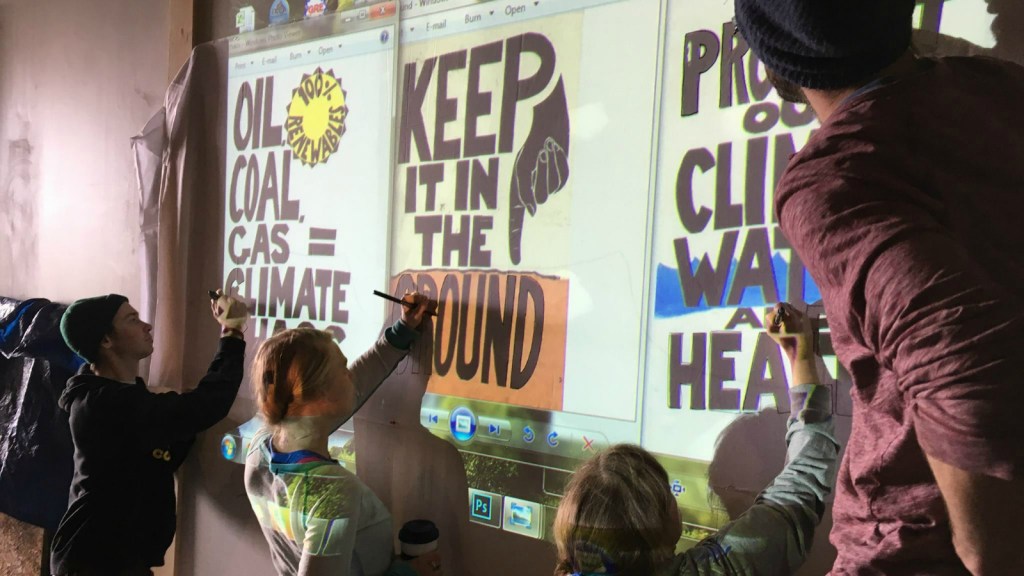 On April 29, an unprecedented coalition of movements will descend on the streets of Washington, D.C., to march for climate, jobs, and justice. The People’s Climate March will bring together indigenous people leading the fights against the Dakota Access and Keystone XL pipelines, labor unions, environmental and racial justice groups, farmers, student divestment campaigners, and more.

Young people have a unique role to play in this mobilization. We are the climate change generation, inheriting an increasingly unstable climate, economic and racial inequality, and a dangerously corrupt political system. We look around and see hard-won protections like the Clean Power Plan and Paris Agreement discarded in the name of deregulation. From blatant attacks on indigenous peoples to undercutting essential protections for clean water and air, the Trump administration is sacrificing our communities for the sake of profit and political gain for the wealthy few — a casual dismissal of our basic right to a livable future.

In this political moment, when so much is at stake, it is easy to get stuck on the defensive. And let’s be clear — we will fight to defend the people and places we love. But we also have to put forward our own vision, and young people are doing just that.

Student campaigns for climate justice and fossil fuel divestment in recent years have invigorated a generation of activists. We’ve learned how to use creative tactics, run strategic mobilizations and leverage real power on our campuses and in our communities. Now it’s time to take the youth climate movement to the next level. We’re ready to do everything it takes to fight for a stable climate and clean energy economy that puts people ahead of corporate profits: sit-in to pressure campus decision-makers and elected officials, walk out to make our demands clear, and stand up for our futures.

The day before the People’s Climate March, students and young people are coming together for a historic Youth Convening. This gathering will train young people in key organizing, storytelling, and leadership skills, as well as build relationships with leaders across movements for justice and strategize about what comes next.

Our country is at a turning point, and resistance is bubbling as never before. Nationwide marches are a crucial piece of that, serving as powerful public manifestations of our opposition. We know that people power works — we’ve seen it stand in the way of Trump’s Muslim ban and Congress’ attempt to dismantle the Affordable Care Act. We must continue mass mobilizations, but also sustain local organizing in our community centers, on our neighbors’ front porches, and at our representatives’ offices.

Young people are in this fight for the long haul, because our lives and our children’s lives depend on it. We know that in order to win, we need to build a bigger, broader, and more strategic movement than ever before.

So on the 100th day of Trump’s administration, we’ll be fighting for our own vision of the future — one that puts climate, jobs, and justice first. Join us.

Morissa Zuckerman is 23 years old. She grew up in Oakland, California, and was a leader in the successful divestment campaign at Pitzer College. She is currently the development director for the Fossil Fuel Divestment Student Network and is coordinating the People’s Climate March Youth Convening.