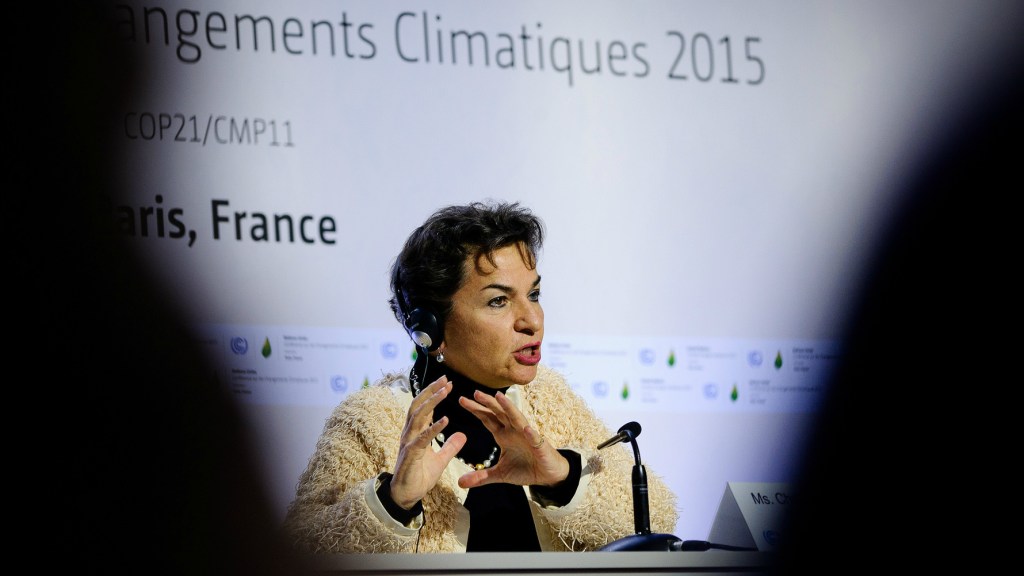 In perhaps the most significant call to action written by scientists and policy experts since the Paris Agreement, a new plan released on Wednesday aims to map out an achievable pathway to halting the increase in global emissions by 2020 — decades ahead of the current pace.

There’s an obvious shock value here: 2020 is only three years away — before Donald Trump finishes a full presidential term.

That ultra-tight timeline is intended as an invitation to what the authors call a “turning point,” and its urgency follows from a study earlier this year showing that, at current emission rates, we’ll be guaranteed 1.5 degrees C of warming by 2019.

“We are in the age of exponential transformation and think that such a focus will unleash ingenuity,” the proposal’s architects write.

Spearheaded by world-saver and former Executive Secretary of the United Nations Framework Convention on Climate Change Christiana Figueres — and endorsed by dozens of prominent climate scientists and experts — the plan spells out bold yet practical near-term actions in six key areas: energy, infrastructure, transport, land use, industry, and finance.

Earlier this year, Figueres called the three-year target “completely crazy” but “achievable.” On a call with reporters on Wednesday, she expanded on her optimism: She said sharply falling prices for renewable energy means that for the first time, “we have tailwind on climate change as opposed to headwind.”

Some of the plan’s proposals are already on track, like making electric vehicles more affordable and plentiful. Others are likely to be controversial: a call for all countries to put forth a strategy for achieving 100 percent renewable energy mirrors a recent, high-profile debate among energy wonks over whether that goal is the shortest path to reducing carbon. (It might make sense, for example, to keep existing nuclear power plants operating as long as possible.)

Defiantly optimistic action strategies, like this one, seem to be all the rage lately. In an era of climate obstruction in the White House, cities are responding by setting audacious goals. Just this week, dozens of mayors from across the country pledged to adopt 100 percent renewable energy by 2035. Thousands of cities from around the world have joined in the effort.

If you squint your eyes, it’s possible to convince yourself that the desire of confronting climate head on is starting to win out. But according to science, hitting targets set for 2035 isn’t acting fast enough.

Simply put, on our current trajectory, global emissions aren’t likely to peak before 2050, let alone 2020. The last three years have been the three hottest in recorded history — and, as the six-point plan’s authors say, “entire ecosystems are starting to collapse.” There’s new evidence that even though our collective climate actions might be starting to work — global emissions have remained relatively flat in recent years — atmospheric carbon dioxide continues to rise at record rates, sparking fears that we’ve already crossed tipping points.

Even before the Trump administration’s announcement to withdraw from Paris, multiple independent analyses showed that a serious gap remains between the collective climate pledges of the world’s nations and what science says is necessary to stabilize global warming at livable levels. And there’s a serious risk that, as has happened so often before, 2020 will come and go without the new plan’s goals being met.

And then what? Will we lose hope?

Wednesday’s announcement comes ahead of next week’s G20 meeting of the world’s largest economies in Germany. By all accounts, the summit will be a showdown with host Angela Merkel and 18 other leaders on one side and Donald Trump on the other. A large part of the debate will almost certainly be over the planet’s climate trajectory.

The new plan makes a compelling case for why peaking humanity’s carbon emissions by 2020 is realistic and necessary. It’s not a stretch to say that the fate of the planet — and specifically, the fate of human civilization as we know it — could shift depending on whether we achieve this unlikely, but not impossible, target.

The truth is, however, that radical change is already locked in, regardless of what happens in the next three or 30 years. But the new plan’s authors are leveraging that stark fact to offer a short detour onto a path to a more hopeful future. And that’s an example we should all follow.