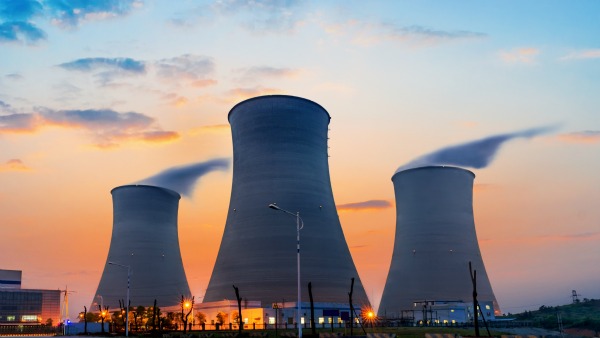 Nuclear power plants across the U.S. have nowhere to send their spent fuel, so they’re storing it on site in ever-growing radioactive piles.

Bloomberg reports that no state is home to more of that nuclear waste than Illinois:

About 13 percent of America’s 70,000 metric tons of the radioactive waste is stashed in pools of water or in special casks at the atomic plants in Illinois that produced it, according to the Nuclear Energy Institute, a Washington-based industry group. That’s the most held in any state.

“That’s not a long-term solution,” Everett Redmond, senior director of non-proliferation and fuel cycle policy at NEI, whose members include reactor owners Exelon Corp. of Chicago and Southern Co. of Atlanta. There’s a “general obligation to society to dispose of the material,” Redmond said in a phone interview.

In 1987, Congress designated Nevada’s Yucca Mountain as the spot where the country’s nuclear waste would be buried. But the proposal is not particularly popular among residents of Nevada, including powerful Senate Majority Leader Harry Reid (D).

The Obama administration in 2010 abandoned studies needed to prepare the site for its radioactive load, but a federal court recently described that move as “flouting the law” and ordered the Nuclear Regulatory Commission to resume the work. Still, the project lacks adequate funding, among other problems, so don’t expect a nuclear dump to open at Yucca Mountain anytime soon.

And even if it did open, it wouldn’t solve the country’s nuclear waste woes. “Regardless of what happens with Yucca Mountain, the U.S. inventory of spent nuclear fuel will soon exceed the amount” that the facility could hold, a federal task force concluded last year.