Look at how much greener California is 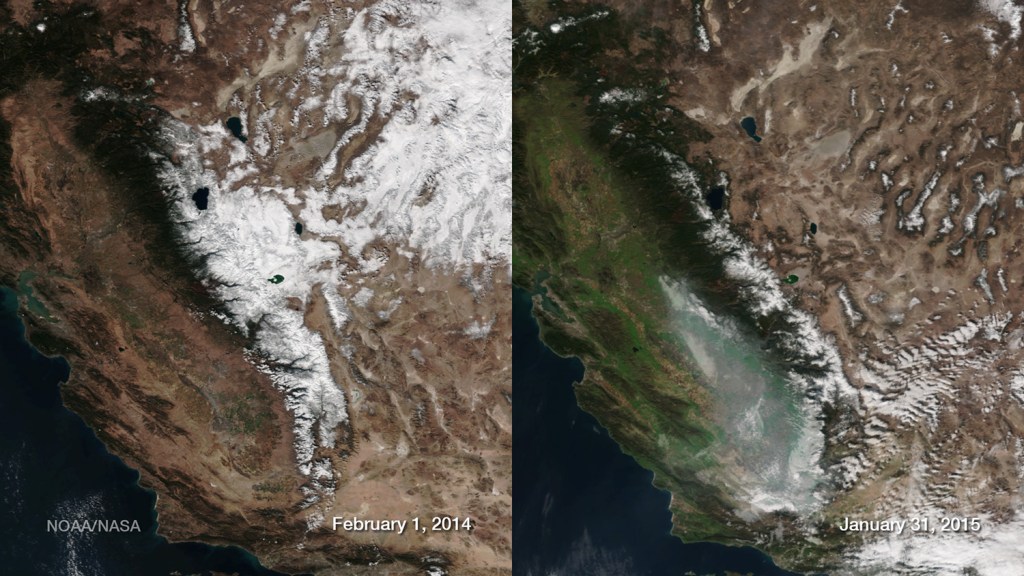 Look at how much greener California is

The first two weeks of December brought heavy rain and snowfall to California — and we could practically hear the state’s massive sigh of relief all the way up here in Seattle.

Satellite images from NOAA and NASA show that just a little rainfall across the Golden State has made it noticeably greener. But don’t be fooled: California is still in the throes of serious drought that began way back in 2011.

Snowpack in the Sierra Mountains is also still well below average, an alarming indicator that a fourth year of drought is afoot, too. According to California’s Department of Water Resources, the snowpack  just a quarter of the amount that it should be right now, an alarming statistic given that snowpack is responsible for a third of all the state’s water. Warren Cornwall for National Geographic reports:

It’s not just the amount of water in the snowpack that makes it important. It’s the way snow locks water in place during the winter like a giant natural reservoir, then gradually releases it as snowmelt in the spring and summer.

That release process helps keep man-made reservoirs filled during the hottest time of the year. Those reservoirs are already running well below their historic levels for this time of year. Shasta Lake, the state’s largest reservoir, is at 66 percent of normal. Lake Oroville, the second largest, is at 62 percent.

January is normally California’s wettest month, though for many cities across the state, this year marked the driest January on record. According to The Weather Channel, there was literally no rainfall reported in San Francisco — the first January without rainfall since the city started keeping records in 1850. Sacramento, the state’s capital, also experienced its driest January on record, with just one-hundredth of an inch of rain reported throughout the city’s downtown area.

Sorry, Californians. For a second we thought your state was off to greener pastures. Unfortunately, it looks like you still have a ways ahead of you yet.