Meet me in New York in September, says Bill McKibben -- time for a big march 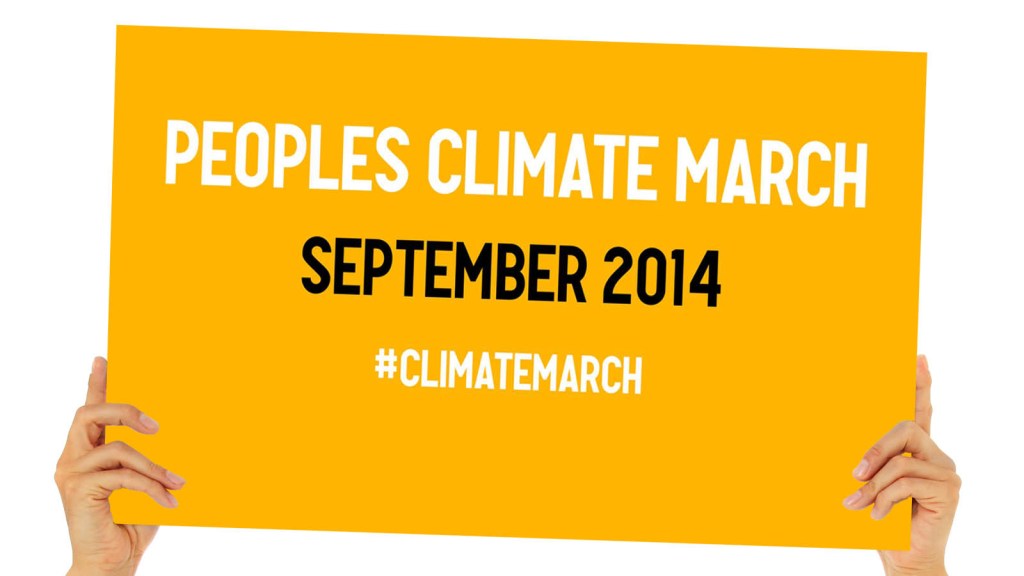 Meet me in New York in September, says Bill McKibben — time for a big march

It’s not every day that Rolling Stone publishes a call for its readers to engage in a massive act of protest, but that’s exactly what happened Wednesday. “This is an invitation,” the call read. “An invitation to come to New York City. An invitation to anyone who’d like to prove to themselves, and to their children, that they give a damn about the biggest crisis our civilization has ever faced.”

The call’s author, Bill McKibben (who is —  full disclosure — on the board of this publication) and 350.org, the organization he co-founded, are planning a protest in New York this Sept. 21 and 22, which is, not coincidentally, at the exact same time and place as the next U.N. Climate Summit. “You’ll tell your grandchildren, assuming we win,” writes McKibben — though some might argue that this discounts the very real possibility that, even in the event of a loss, enough marchers might survive through the floods, plagues, famines, and civil unrest of unchecked climate change to pass on the story, in post-apocalyptic Cormac McCarthy style.

Rolling Stone might seem like an atypical venue for this kind of thing. The call (or, as McKibben put it “invitation to demand action”) appears next to articles about hologram Michael Jackson, breaking news regarding the official title of the new Batman vs. Superman movie (Batman vs. Superman: Dawn of Justice — which is, in this reporter’s opinion, a terrible title), and how the magazine has finally “penetrated the secret world” of Jack White.

But two years ago, McKibben published a very long article in Rolling Stone about the risk that carbon reserves pose to both the global economy and the globe, and it was one of the most read articles in the website’s history, even though it entirely failed to penetrate the secret life of Jack White. It went on to spark a student movement to divest college endowments from industries that are contributing to climate change.

The two-day event, as planned, will be a big, big one. Like, March on Washington for Jobs and Freedom big. Among the groups name-checked: healthcare, transit, education, and construction unions, plus clergy, scientists, students, “plain old middle-class Americans,” and executive types.

Unlike 350.org’s high-profile events outside the White House in 2011, which involved civil disobedience and mass arrests, the September march will be a permitted protest, 350 says. How gracefully the event will coexist with New York’s police force, which has become increasingly militarized in the wake of 9/11 and has a history of dubious behavior in public protest situations, remains to be seen. There’s a new mayor in town, but unless something major happens over the summer, this will be the first large protest under DeBlasio’s administration. That should be interesting.

Correction: This story’s original headline and part of its text incorrectly suggested that 350.org was planning civil disobedience and arrests as part of its September march. Grist regrets the error and has sentenced the author to watch Gandhi over and over until she can’t take it any more.

More correction: Because of an editing error, when we fixed the headline and the text we failed to remove one other reference to civil disobedience in this article’s opening sentence. Grist regrets the error and has sentenced the editor to join the author in the screening of Gandhi-without-end.