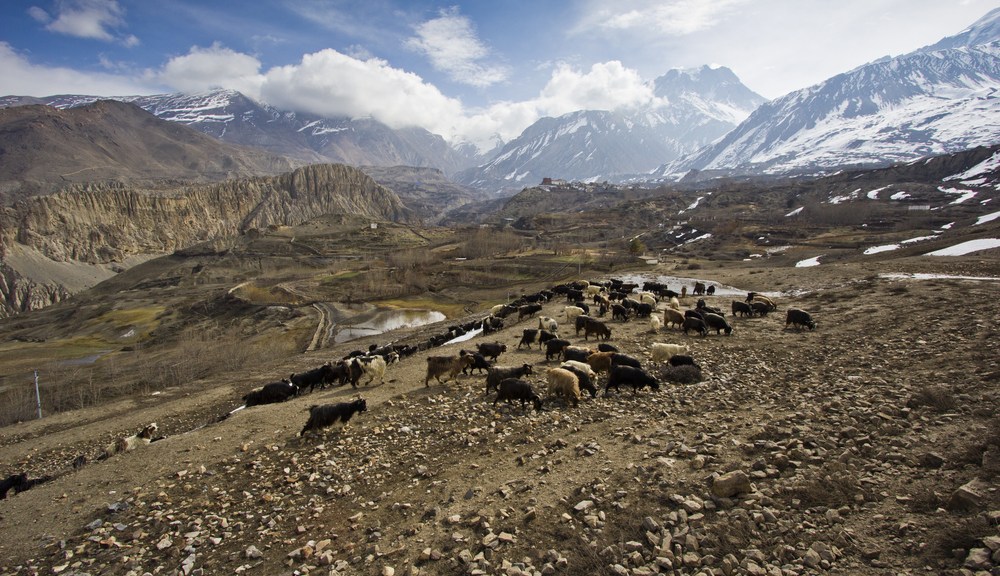 Most of the glaciers in the Mount Everest region will disappear or drastically retreat as temperatures increase with climate change over the next century, according to a group of international researchers.

The estimated 5,500 glaciers in the Hindu Kush-Himalayan region — site of Mount Everest and many of the world’s tallest peaks — could reduce their volume by 70-99 percent by 2100, with dire consequences for farming and hydropower generation downstream, they said.

“The signal of future glacier change in the region is clear: Continued and possibly accelerated mass loss from glaciers is likely, given the projected increase in temperatures,” said Joseph Shea, a glacier hydrologist at the International Center for Integrated Mountain Development in Nepal, and leader of the study published in The Cryosphere, the journal of the European Geosciences Union.

The team studied glaciers in the Dudh Kosi basin in the Nepal Himalaya, which is home to some of the world’s highest mountain peaks, including Mount Everest, and to over 400 square kilometers of glacier area.

They concluded that the lower glaciers will melt fastest because the freezing level — the elevation where mean monthly temperatures are 0 degrees C — will rise higher up the mountains as air temperatures rise.

“The freezing level currently varies between 3,200 meters in January and 5,500 meters in August. Based on historical temperature measurements and projected warming to the year 2100, this could increase by 800-1,200 meters,” said study co-author Walter Immerzeel of Utrecht University in the Netherlands.

“Such an increase would not only reduce snow accumulations over the glaciers, but would also expose over 90 percent of the current glacierized area to melt in the warmer months,” said the authors.

There is still much uncertainty about how deeply levels of greenhouse gases will affect temperature, snowfall, and rainfall, and very few of the region’s glaciers have been measured in detail. However, increasing rates of snow and ice melt are already observable and precipitation is expected to change from snow to rain at critical elevations, where glaciers are concentrated.

Farming and hydropower generation downstream of the Himalayan peaks is likely to be greatly affected. Over 1 billion people in Asia depend on rivers fed by glaciers for their food and livelihoods. While increased glacier melt initially increases water flows, ongoing retreat leads to reduced meltwater from the glaciers during the warmer months.

Glacier retreat, say the authors, can also result in the creation and growth of lakes dammed by glacial debris. Avalanches and earthquakes, similar to the one that devastated Everest base camp earlier this month, can breach the dams, causing catastrophic floods, says the paper.

The researchers caution that the new results should be seen as a first approximation to how Himalayan glaciers will react to increasing temperatures in the region.

“Our estimates need to be taken very cautiously, as considerable uncertainties remain,” said Patrick Wagnon, a glaciologist at the Institute de Recherche pour le Développement in Grenoble, France and co-author of the report.

A 2013 study, by a team led by a Nepali scientist at the University of Milan, found that some glaciers on or around Mount Everest had shrunk by 13 percent in the last 50 years with the snow line 180 meters higher than it was 50 years ago. The glaciers are disappearing faster every year, it said, with some smaller glaciers now only half the size they were in the 1960s.

The projected speed of glacier melt in the Himalayas has been disputed since the Intergovernmental Panel on Climate Change erroneously reported non-peer-reviewed science in 2009 which suggested that glaciers there were likely to disappear altogether by 2035. The IPCC confirmed that the paragraph should not have been included in the report and published an apology.