North Dakota is the deadliest state to work in 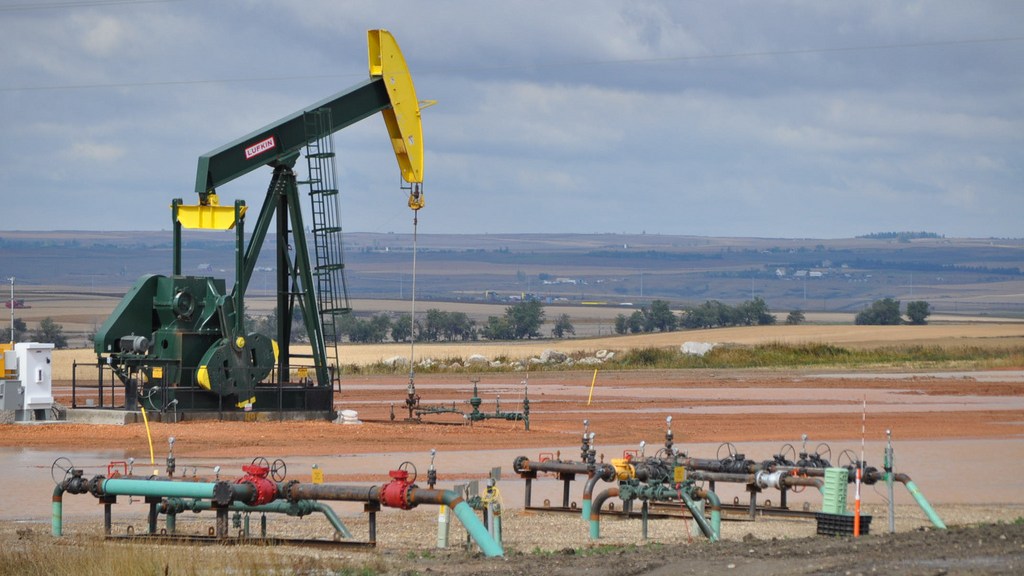 North Dakota is the deadliest state to work in

Fracking has done some incredible things for North Dakota: It has the fastest-growing economy and lowest unemployment in the nation, and it is second only to Texas in churning out oil. But as with any gold rush, the boom comes with a human cost for those involved — illness, injury, and fatalities. For a firsthand view of conditions in North Dakota’s fracking fields, watch the video below, which we produced in 2012:

In fact, across all industries, North Dakota has the least-safe working conditions of any state in the country, according to federal data compiled in a new report from the AFL-CIO. The report ranked North Dakota dead last for workplace safety. (Massachusetts ranked the most safe.) North Dakota had by far the highest overall workplace fatality rate, 17.7 deaths per 100,000 workers — about five times higher than the national average. According to the report, that’s one of the highest fatality rates ever reported in any state.

The rise in fatality rates coincides with the state’s oil and gas boom: In 2007, before the boom was really underway, the rate was seven deaths per 100,000 workers, still on the high end but not exceptional. The chart below shows how that rate began to skyrocket in 2010-11, just as oil production began to surge as well.

Of the 65 people killed on the job in North Dakota in 2012, 15 worked in the mining and oil and gas industry. Another 25 worked in construction. Some jobs that are classified as construction are in fact linked directly to oil and gas operations, like the workers who build well pad sites and roads before the actual drilling begins. (The Bureau of Labor Statistics records aren’t granular enough to know exactly how many construction workers were killed doing jobs related to the oil and gas boom.)

A spokesperson for the North Dakota Petroleum Council pointed to a slight drop in premium rates for the state’s worker’s comp program as evidence that “workplace safety has improved,” but the BLS data compiled in the AFL-CIO report tell a different story.

As blue-collar workers flooded the state for an essentially limitless number of high-paying, risky jobs driving trucks and working on fracking rigs at a breakneck pace, the energy industry’s fatality rate in North Dakota climbed to unbelievable heights. According to the report, in 2012 the mining and oil and gas sector rate was 104 deaths per 100,000 workers, six times the national average; in the construction sector, the rate was 97.4 per 100,000, almost 10 times the national average.

“North Dakota, clearly by the data, has much more significant problems and issues” than other oil-producing states, AFL-CIO Director of Safety and Health Peg Seminario said. “The industry is more established in other states; in North Dakota this is a relatively recent phenomenon.”

Seminario said the bad record can be attributed to the large number of workers coming into the industry who are relatively inexperienced and untrained, as well as the fact that many oil and gas companies in the state are startups that may not have rigorous safety standards in place. At the same time, Seminario said, on-the-ground inspection by the federal Occupational Safety and Health Administration has suffered from budget cuts.

As we’ve reported in the past, one of the most dangerous places to work in a fracking boom isn’t on the rig itself, but behind the wheel of one of the thousands of trucks needed to transport fresh and waste water, chemicals, and oil. Of North Dakota’s 65 workplace fatalities in all industries in 2012, 40 were classified as transportation-related; the proportion was similar on the national level. Exposure to dangerous chemicals is also a problem; just last week a 20-year-old man was killed on a North Dakota oil well site, possibly by exposure to toxic hydrogen sulfide gas, according to the local sheriff’s department. Silica dust, a toxic byproduct of fracking operations, is often found at unsafe concentrations at well sites, and remains unregulated by OSHA despite being linked to a number of fatal diseases. Indeed, the most serious long-term health impacts of fracking operations are just beginning to be studied, and some health experts are worried that incidents of industry-related disease could increase in coming decades.

“This is going to be a sector that continues to grow, and it’s so dangerous,” Seminario said. “Much more oversight is needed.”