Obama's new gaseous release: A strategy to cut back on methane 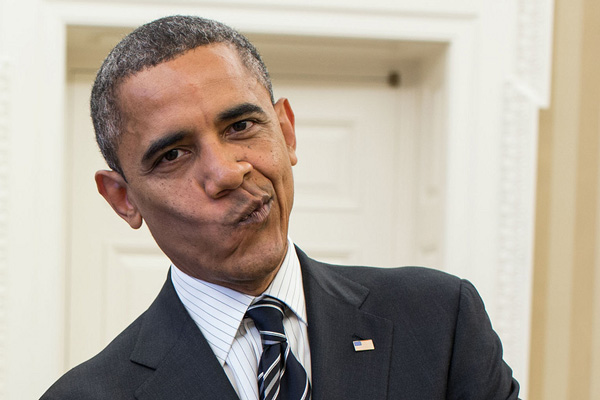 Obama’s new gaseous release: A strategy to cut back on methane

The White House released its strategy to cut methane emissions this morning — President Obama’s latest sashay around Congress to pursue climate action (as part of the plan he announced in June).

Methane isn’t the most ubiquitous of greenhouse gases (that’d be good ‘ol CO2), but it is a potent one: The same amount of methane as CO2 has 20 times the impact in terms of future global warming over a 100-year period. While methane emissions have decreased by 11 percent since 1990, we’re still not in good shape: 50 percent more methane is leaking from oil and gas sites than previously thought and, without action, methane emissions are expected to increase through 2030 — mostly thanks to fracking. So far the oil and gas industry has balked at the idea of regulating its methane leaks, saying that it might slow production down (we’ve all heard it before, but, man, frack you!).

Obama’s plan looks at culling methane emissions from four big sources: landfills (methane gets released when all of our biodegradable trash breaks down), leaks from oil and natural gas production, coal mining, and cow farts. The report details how the White House will delegate government agencies to come up with and enforce better standards, i.e. the EPA will manage landfills while the Department of the Interior will handle methane leaks on public lands. It also focuses on ways to capture methane to reuse it for clean energy, such as biogas systems, which can convert cattle waste into fuel. So while we’re not going to replace our cows with less-farty kangaroos, it at least offers options for putting all those bovine leavings to good use.

All of these steps are pretty minor in the face of battling climate change, but the plan overall does have people excited. “Curbing methane is … a big step in the right direction,” David Doniger, director of the Climate and Clean Air Program at NRDC, said in a recent press release. And from Sen. Sheldon Whitehouse: “As climate change continues to harm American communities from the Heartland to the coasts, we must use every tool at our disposal to reduce the greenhouse gas emissions that are causing it … I applaud the President for his ongoing commitment to public health and the environment.”