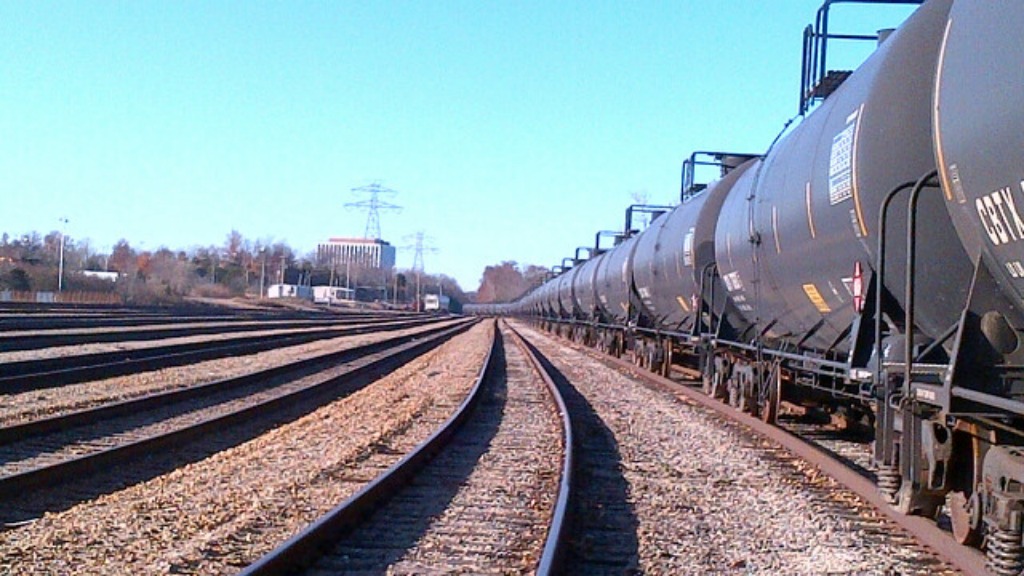 As federal officials work frantically to reverse an uptick in explosions and oil spills from crude-hauling trains, the companies that are fracking the crude and transporting it by rail are responding with an unhelpful collective shrug.

Lawmakers and regulators want information from the oil companies about their rail shipments. The oil companies initially made helpful-sounding noises and pledged to cooperate. Now, however, it seems they’re more worried about keeping corporate secrets than protecting Americans from their explosive loads. From The Hill:

“Just last month before the Commerce Committee, the crude oil industry assured us they were focused on safety and willing to work on this issue,” [Sen. Jay Rockefeller (D-W.V.)] said in a statement. “Since then, I’ve seen nothing to convince me this was more than just lip service.”…

Rockefeller said he and other legislators had received assurances from the American Petroleum Institute (API) that the crude industry was on board with the push to increase the safety of oil trains.

But the West Virginia senator said on Monday that Congress was still waiting to see the promised assistance.

Cynthia Quarterman, chief of the Department of Transportation’s Pipeline and Hazardous Materials Safety Administration, or PHMSA, specifically cited the American Petroleum Institute, the industry’s top lobbying group, for not keeping its promise to share data about oil-by-rail shipments. …

“More than two months ago, we received assurances from industry that the safe transport of crude oil across the country was a top priority and, to that end, API would begin sharing important testing data,” she said in a statement.

“To date, that data has not been shared.”