Pizzlies, narlugas, and other creatures from our weird changing world 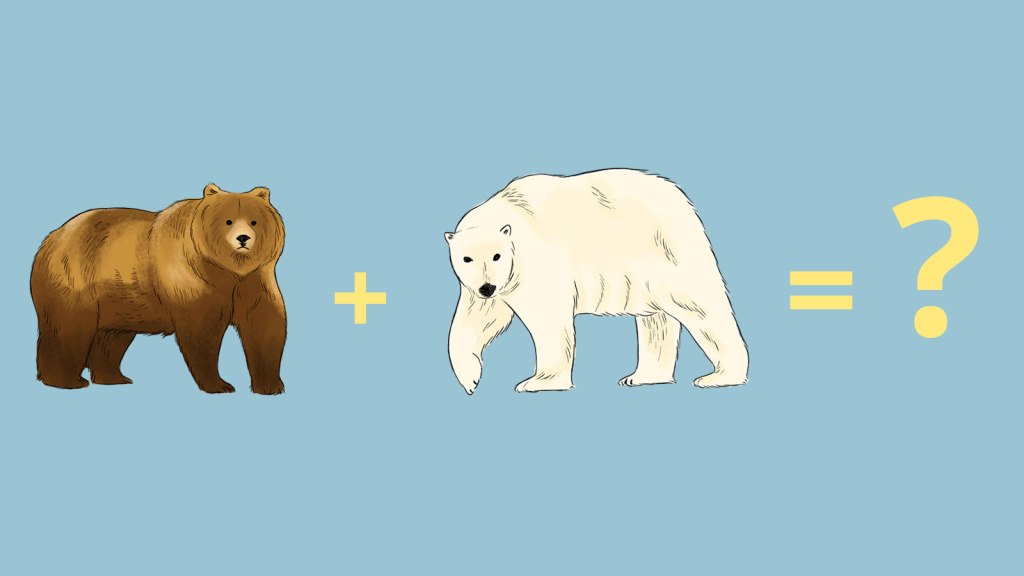 Pizzlies, narlugas, and other creatures from our weird changing world

Climate change is one strange matchmaker. Warmer temperatures have led to shifting habitats and shifting mating habits. And occasionally, when two bears collide, the result is neither grizzly nor polar, but pizzly.

Or should I say grolar? In the coming years, we’ll face more naming conundrums like this one. A 2015 Nature study found that by the end of the century, 6 percent of species worldwide are likely to come into contact with new species to potentially reproduce with. Hybrids are an ordinary part of the evolutionary process (even some humans are part Neanderthal), but interbreeding isn’t always advantageous. Washington Post reports that as grizzlies and grolars encroach on dwindling polar territory, they may accelerate the decline of their purebred cousins.

In the Arctic, where icy habitats are melting together, even more weird stuff is going down. Introducing some hybrids brought to life by the Cupid’s arrow of climate change — and some speculation as to what we’ll end up calling these critters:

Grizzly-polar bear hybrids, the existence of which was confirmed 10 years ago, are once again in the news after one was shot by a hunter in a remote territory of Canada. The bear has white fur, brown paws, and a grizzly-shaped head. Climate change has encouraged the two species to mingle more often recently, prodding polar bears to roam farther from their shrinking Arctic territory while grizzlies in Canada and Alaska move north.

Many names have cropped up over the years: pizzly-grizzly, polargrizz, and nanulak (a combination of the Inuit nanuk, polar bear, and aklak, grizzly bear). But recent headlines show pizzly vs. grolar is where the debate lies today. Though pizzly is pretty fun, Google Trends shows grolar is currently winning the popularity prize.

As sea ice habitats shift, the chance of ringed seals, uh, “sealing the deal” with spotted seals increases, according to a 2010 study from Nature. Other seal species are beginning to blend, too, like bearded, ribbon, and harp seals (now there’s a combo). No word yet as to whether a spotted-ringed seal has been seen in the wild, but we’re guessing it would look something like the drawing above.

The question of rotted vs. spinged is a tough one. Rotted is unnervingly close to rotten (not a thing we want for these li’l guys!) whereas spinged has the danger of being pronounced with the soft g of sponged. In this case, we may have to settle for spotted-ringed seal unless someone has a better suggestion.

In the 1980s, researchers discovered a whale skull in West Greenland that looked suspiciously like a beluga-narwhal mashup. Since then, hunters have spotted the hybrid creatures in chilly Arctic waters. Apparently, beluga whales and narwhals produce offspring with big, burly heads — but, sadly, no tusks. (We drew one in anyway.)

While belwhal is a worthwhile contender, narluga is hard to beat. It captures the distinctive sounds of both animals’ names — the nar- of narwhal and the -luga of beluga — and sounds pretty mellifluous to boot. Try it yourself: Narluuuuuuuuga!

Whatever else happens to the climate, one thing’s for sure: We’re bearing witness to a future that looks and sounds pretty weird. What’s next? A bottlenose-orca (bottlenorca)? Perhaps a caribou-moose (carimoose or moosibou)?